Indian Occupied Kashmir is a story of the constant failure of International peacekeepers including the United Nations that took responsibility for providing the right of self-determination to Kashmiris through its several resolutions.

Azerbaijani writer Seymur Mammadov in his article “Kashmir Bleeds: We remember you Kashmir, we have not forgotten” indicates:

Despite repeated appeals from authoritative international organizations, India chose to follow a completely different path, which runs counter to the efforts of the OIC and the UN in the settlement of the Kashmir issue.

If someone thinks that the problem of Jammu and Kashmir is a frozen conflict, they are deeply mistaken – there are constant clashes between Kashmiris and representatives of the Indian authorities in this region, and armed conflicts between India and Pakistan do not stop because of Kashmir, on the contrary, only intensify”.

The foreign affairs expert and writer Shazia Anwer Cheema is of the view that the entire valley (Indian Occupied Jammu and Kashmir) is reeling under a silence that is anything but normal. 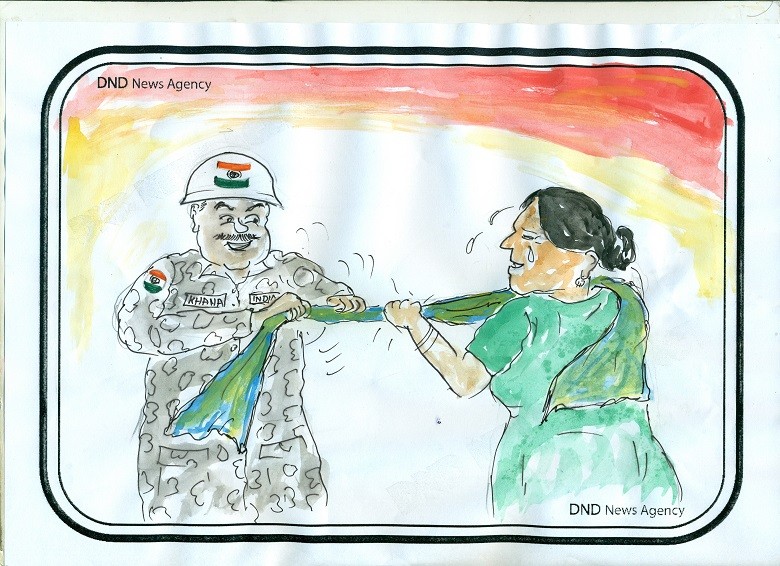 In her article “Indian Occupied Kashmir is the story of false hopes, a dark maze of torture, misery, and pain. She writes:

“Kashmiris have never been denied their birthright of freedom, all the paperwork has been done, the convention has been made, the resolution has been passed but still, Kashmir is not free. The world even after acknowledging the fact that Kashmiris must be free from force occupation unable to rescue them.

Every new turn gives false hope of getting out of the dark maze of torture, misery, and pain but at every turning point there starts a new dark path, providing uncertainty, unpredictability accompanied by pain and fear.

Just for a second put yourself in that situation; where your path is unknown, pain is obvious, fear is the ultimate truth but you still moving to an unknown destination which was once called freedom to live. A human mind cannot perform if the element of belief is not functional. Believing is a driving force for a civilized modern society.

The basic most entity of society; a family unit is totally tarnished, despite missing love, hope, lust for life that unit miss brother, sisters, fathers, and sons, and daughter. These elements have been snatched from almost every family in Kashmir. The distorted social and domestic structure has created a vacuum. Should the leftover Kashmiri humans be married and dare to start a new family, if yes what they will have in store for their kids; how norms a traditions be transferred, and why? if there is no clarity of near and far future, must newlywed plan to have kids, plan their kids’ education, must they tell them how to become prosperous how to flourish, this thought increases my ache that no such thing could manifest in Kashmiri society”.

Under COVID-19, Indian Occupied Kashmir like any other part of the world needed better health care but India made sure that none would be available to Kashmiris. International media and international Human rights organizations confirm in their reports that Kashmiris in Indian Occupied Kashmir are living without medical and health support and a number of COVID-19 casualties are unknown because the occupied valley is not under the reach of international health observers and the media is denied to report anything about the COVID-19 situation in the valley.

In the valley, the authorities have banned Kashmiri doctors from talking to the media and directed oxygen manufacturing units to stop supplies to NGOs and private users.

The order issued by the region’s Department of Health on Thursday came as it battles a deadly wave of the COVID-19 pandemic, with hospitals running short of beds and patients scrambling for oxygen cylinders, medicines, and medical equipment such as oxygen concentrators.

“All Chief Medical Officers/Medical Superintendents/Block Medical officers of Kashmir Division are enjoined upon to issue instructions to all the staff under the administrative domain to desist from media interactions,” said the order signed by the Director of Health Dr. Mushtaq Rather.

The foreign journalist Ulvi Ahmedli in his article “World stays cool over Kashmir, everyone is playing their own games” indicates that Power centered approaches to world politics put international security in danger. The recent processes in Indian Occupied Kashmir made world headlines and alarmed the international institutions. He writes:

If the international community will not react properly, the situation can be devastating not only for the region but for the whole world. India announced its position on the use of nuclear weapons as “no first use”. Pakistan has not made clear its position which this point can be perceived as a real danger for the conflict.

We should remember that three countries along the border of Kashmir China, India, and Pakistan are nuclear-armed countries. Apart from this, almost 40% of the world population lives here. We can imagine that how the military confrontation damages not only the region but the whole world. People are the main sufferers from the conflict, the unresolved situation makes the opportunity of military confrontation actual always. People are in danger and fear but world leaders are playing their games. We have seen such situations in Syria where hundreds of thousands died but the world closed its eyes and we saw the same situation in Libya. It means we haven’t learned from history. Today, national interests are much more important than any time before. Prime Minister of Pakistan Imran Khan named Narendra Modi Hitler. Modi’s extremist views make Khan have such imaginations. History teaches us that if the aggressor is not prevented, it will lead humanitarian crisis which affects the whole world. It seems that World War II can’t teach us the reality or we have already forgotten how the war started.

“But finding a voice let’s be clear-is a political act. It defines a moment of presence, of being awake; and it involves not only self-understanding but the ability to transmit that self-understanding to others…To experience yourself as “voiceless” is a definition of depression, subjugation, and being counted out”.

The world should listen to the voices of Kashmiris before India completes their purge.