NEW DELHI, India: The Indian Civil Society on Tuesday organized a protest against the oppression of the Kashmiri people and to convey its solidarity to the people of Jammu & Kashmir.

The representatives from various political parties and members of civil society spoke at the protest.

The protest participants included the people from all walks of life including artists, academics, and students. 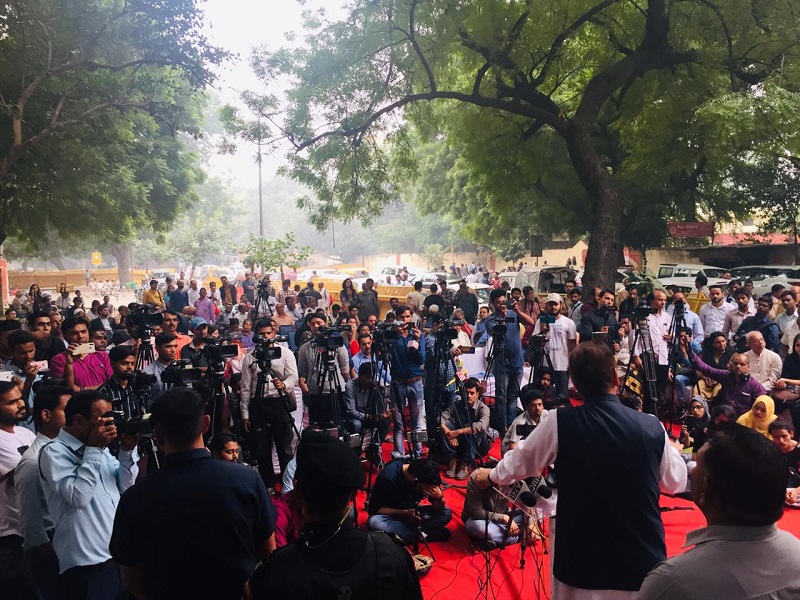 The speakers were of the view that Jammu and Kashmir has seen an unprecedented media and communications shutdown, which has lasted more than two months. They said that there is an atmosphere of fear and uncertainty in the entire valley. 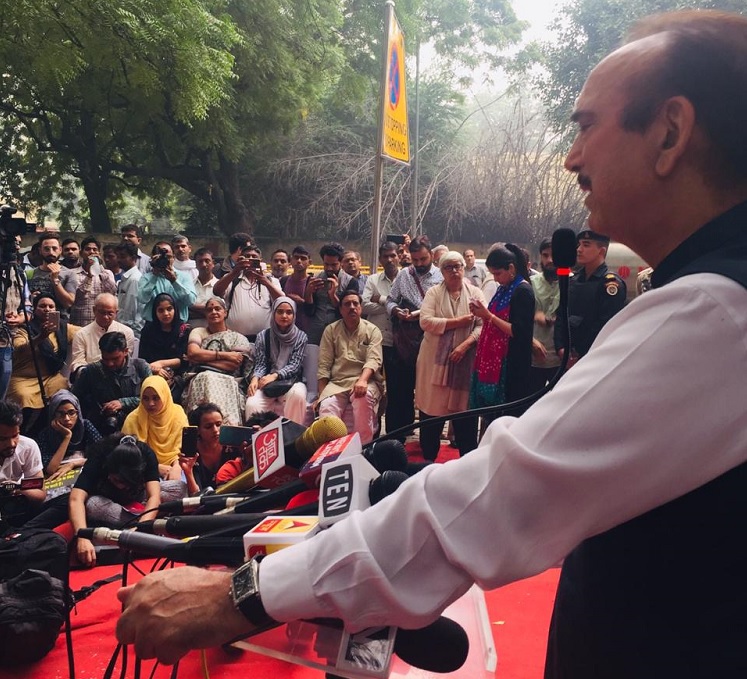 They said that Kashmiris have been denied the basic civil liberties and freedoms of expression, information, assembly & movement. They said that military forces have detained thousands of people including politicians, journalists, teachers, students, and children while civilians are being tortured and ruthlessly beaten and subjected to electric shocks.

Mati
Mati-Ullah is the Online Editor For DND. He is the real man to handle the team around the Country and get news from them and provide to you instantly.
Share
Facebook
Twitter
Pinterest
WhatsApp
Previous articleDelegation of MEPs visiting Indian Occupied Kashmir is not ‘Official’: European Parliament
Next articleUnited Nations High Commissioner for Human Rights expresses concerns over situation in Indian Occupied Kashmir