ISLAMABAD, Pakistan: The Foreign Minister Shah Mahmood Qureshi has said that India can sabotage peace of the region to divert attention from its internal failures.

In a meeting with Pakistan’s Special Representatives for Afghanistan Affairs Mohammad Sadiq on Wednesday at the Ministry of Foreign Affairs in Islamabad wherein they exchanged views on the Afghan peace process and regional peace & stability, Qureshi said that we have been continuously apprising the global community about peace and security in the region.

The foreign minister said that durable peace and stability in Afghanistan are inevitable for the development and progress of the region.

Shah Mahmood Qureshi said that Pakistan, as a common responsibility, played a reconciliatory role in the Afghan peace process with utmost sincerity which was commended by the entire world.

The minister expressed the resolve that Pakistan will continue its efforts for peace and stability in Afghanistan and the region. 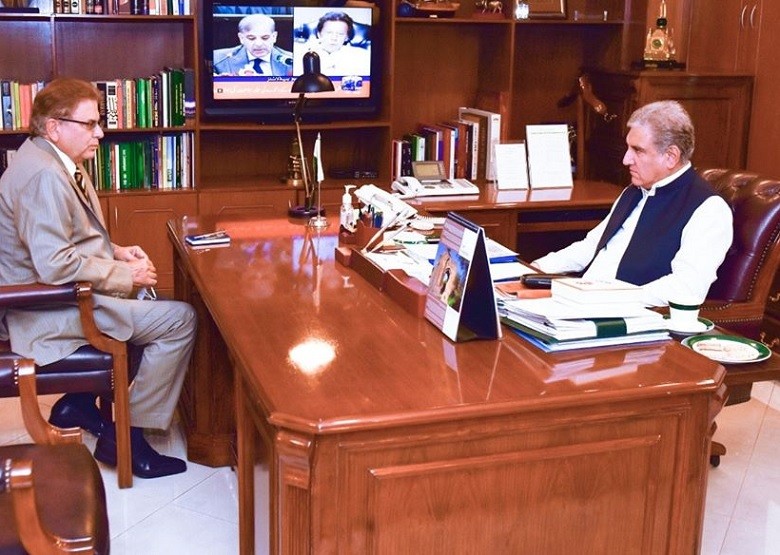 Meanwhile, in a statement, the Foreign Minister Shah Mahmood Qureshi said that India has been continuously trying to destabilize Pakistan to divert attention from its own internal chaos.

Qureshi said that India is interfering in Balochistan at the same time, it is also adversely affecting peace efforts in Afghanistan.

The foreign minister said that he has apprised US Special Representative about the Indian intentions.

The minister said that India wants incidents of terrorism to divert the world’s attention, adding that it is India which orchestrated the drama of Pulwama attack.