Civil-Military relations have negatively been seen in Pakistan ever since. The blame has always been borne by the Army. However, the abusive language used against Pakistan Army, slurring, name calling and even pitching the public against Pakistan Army have never been thought of in Pakistan in the past. Nevertheless, the situation changed when PTI entered the political arena with its slur brigades and name-calling regiments. The former Prime Minister Imran Khan after voting out from power, placed the Army as his target and now his foremost target is COAS Gen Qamar Bajwa and everybody around him.

Imran’s speeches surely instigate the rank and file of the Pakistan Army against their leadership and even the word traitor had been used indirectly for army command by Imran Khan.  However, Khan failed miserably in his designs for inflicting damage and injecting hatred among army cadres against their top leadership because everybody within the cadres know how Army had been assisting Imran’s government for success although he was an administrative disaster for the country. From the economic front to foreign affairs, COAS Gen. Bajwa tried his best to mitigate the damages Imran Khan had been doing. Gen Bajwa did everything a father could do to save his family (countrymen) from the cataclysms the PTI government used to create for the country. 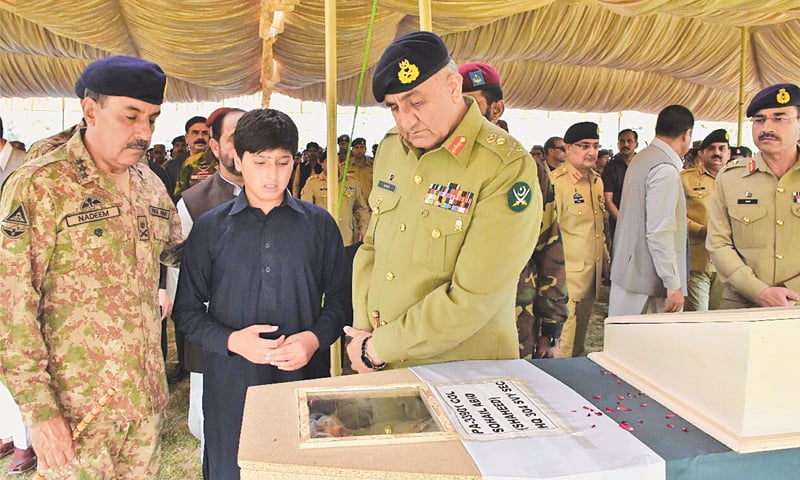 If we take a look at the past, then very interestingly, one can figure out that whenever the civil-military leadership has joined hands together under a civilian setup, there have been unbelievable positive outcomes under which together they managed to overcome an enormity of multiple challenges facing the country. A military belongs to a nation – over and above any kind of political bias or thinking. Armed Forces are a nation’s pride and are rightly deemed as guarantors of a country’s security. Pakistan Armed Forces have always kept the nation’s head high. They get the job done thoroughly and professionally because they consider it their foremost responsibility above everything. Equally, in commensuration with the political leadership of the country, the military leadership has not only always effectively defended Pakistan’s interests but also won big laurels – a fact that the world also recognizes.

General Qamar Javed Bajwa was given the charge of Pakistan’s ‘incumbent’ Chief of Army Staff on 29 November 2016. It was a time when the war against terror had entered its decisive phase, with Pakistan facing multiple political and economic challenges at the same time. The Army under his supervision came up with a vision of working together with the government for maintaining law and order in the country, improving the civil-military relationship as well as strengthening Pakistan’s ties with the international community. The launching of an all-encompassing Operation Radd-ul-Fasaad, the efforts to solidify relations with regional countries, the endeavors for US withdrawal from Afghanistan, and the goodwill gestures shown to everyone, is all reflective of that vision. The Army Chief’s services towards the restoration of peace within the country and in the region as a whole are certainly commendable; his close focus has remained on not only Pakistan but also the entire region as priority number one. To him, countries do not progress in isolation, but only if the entire region moves ahead on the path of growth and development. There is no doubt that COAS Gen Bajwa has played a role only a father figure can do to manage civil-military relationships successfully and safeguard the country from external and internal challenges.

I have mentioned above that Imran Khan has miserably failed to divide the army and marginalize its chief. Here I will explain the causes behind the failure of a design to damage the institution of the Army tried by Imran Khan.

Recently we have heard all kinds of rhetoric such as neutral, animal, traitor, etc. for a person who bares it with patience as responding to it is not his stature and part of his personality. His patience paid him off by backfiring the designed frames Imran Khan was using. To explain why Imran Khan’s negative propaganda against Gen Qamar Bajwa proved wrong we need to understand the mechanism of Frame Semiotic. Before I analyze these negative frames let us have a look at the Frame Semiotic and how it works.

The frame is communicating ideas by not saying them or using an unrelated idea to evoke a related frame. The frame is generated by the brain’s neural activity; we think with our brains and our brain only produces meaningful full information if it is connected to already stored information. That provides room for independent thinking, which marginalizes the propagandist as they cannot generate the targeted frame without any reasonable doubt. The human brain works independently, and temporarily short-term propaganda gets noticed immediately. That’s the reason I always say narrative building which is in fact process of generating targeted, desired frames is a slow and lengthy process. Frames are based on embodied experiences and build upon image schema, every new schema can only be stored in the cognitive system if it is relatable to an already available schema. For example, a child from a desert cannot evoke the frame of snow until and unless the all required frame between, hot desert and cold snow has already been acquired. The same is the case for framing the narrative construction, strange, irrelevant, alien ideas are automatically pushed into to spam folder of the brain.

In the book “The Way We Think”, writes George Lakoff, each brain is unique, and the brain’s physical circuitry determines which ideas are easier to activate for that brain. This neural layer aligns with cognitive associations that are stronger (or weaker) in the thinking (both conscious and unconscious) of the person whose brain it is.

I think of a frame as a bundle of different associations activated in the brain by a cue. That is a frame linking together different ideas such that speaking about one part of this idea activates – at an unconscious level – other implicit associations. The linkage may initially be done explicitly, or it may tap into pre-existing linkages that are implicit by now. The power of a frame then is how it communicates so much with so little. Not only that, framing enables communication that says more than it lets on.

George Lakoff while teaching his course Framing 101 in Berkely, used to give an exercise to his students, “The exercise is: Don’t think of an elephant! Whatever you do, do not think of an elephant. I’ve never found a student who is able to do this. Every word, like an elephant, evokes a frame, which can be an image or other kinds of knowledge: Elephants are large, have floppy ears and a trunk, are associated with circuses, and so on. The word is defined relative to that frame. When we negate a frame, we evoke the frame”.

The basic principle of framing is not justifying or defending yourself, in doing so you will use the other side’s words, and that triggers their frame and let the frame automatically generate in the cognitive system of the recipient.

The same has happened with the designed frames extensively used by Imran Khan, he missed the cognitive and semiotic aspects of the narrative, he made the same mistake don’t think of an elephant and the only thing you will do is think of an elephant. Imran Khan slurred COAS with the frames Neutral, Animal, and Traitor, and this process generated an unexpected but of course, logical frame, and most interestingly a single frame is triggered by the multitude of frames.

Not in the wildest dreams of Imran Khan his slurring and name-calling against Gen Bajwa prompted family and unity frames among ranks and files of the Pakistan Army. We as social entities have a strong metaphor for larger society as a nation and its direct relation to family structure. Lakoff explains the Family frames like “We have Founding Fathers”; “The Daughters of the Revolution”; “We send our sons to the war”. This is a natural metaphor because we usually understand large social groups, like nations, in terms of small ones, like families or communities”. By name-calling Gen Bajwa the automatic frame come to the surface that he (COAS) is a tough man ready to protect his family at any cost, so that generate the obvious social frame of “Father Figure”. A Father Figure is a personality that does not choose a side when his family is in danger, does not pledge his loyalties when his family is compromised, only acts when required, who is strict and principled and cannot be swayed by emotions. The frame of “Father Figure” include:

All the above-mentioned acts have been seen in the personality of Gen Qamar Bajwa so Imran Khan could not manage to damage his (Gen Qamar Bajwa) reputation.  Just for sake of attacking the Army high command, trying to sell anti-America rhetoric, and throwing a lot of abuse for everyone else Imran Khan voluntarily entered into the labyrinth of deceit and lie from which he himself now knows that he could not come out of this dark maze of his narcissist personality.

As the events are being unfolded, the first one is an audio leak about cipher exposed Imran Khan enough how did he manipulate a secret document while sitting in PM’s Office for his domestic gains. However, I fear Imran Khan will not stop here and will try something very serious against the leadership of the Pakistan Army in the near future because he has become frustrated after his failure to damage the reputation of COAS Gen Qamar Bajwa.  Imran Khan can even call Pakistan Army to defy the orders of their seniors or even he can give a call of Jihad to the general public against the Pakistani establishment. I can see that Imran is managing to convert his battle of power into a “religious war” (Jihad) and in Jihad you can defy even your father. I believe that the foremost target of Imran Khan is now the “father-figure” status of COAS Gen Qamar Bajwa and only the “Jihad” factor can be used against General Bajwa. 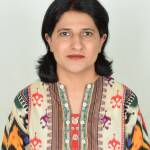