FeaturedGovernment of Pakistan
By Mati
August 18, 2018 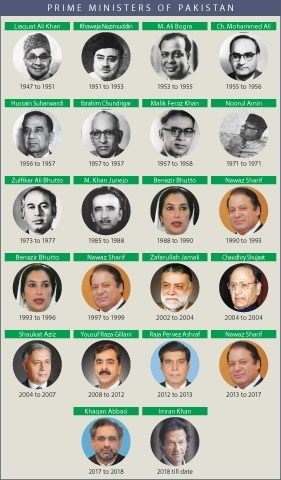 ISLAMABAD, Pakistan: The Chairman Pakistan Tehreek-e-Insaf (PTI) Imran Khan on Saturday was sworn-in as the Country’s 22nd Prime Minister in a ceremony attended by a bee-line of guests including the former Indian Cricketer Navjot Singh Sidhu.

President Mamnoon Hussain administered the Oath to Imran Khan at the Aiwan-e-Sadr in Islamabad.

Talking to media, prominent personalities and political figures described today’s transfer of power as a dawn of new era. 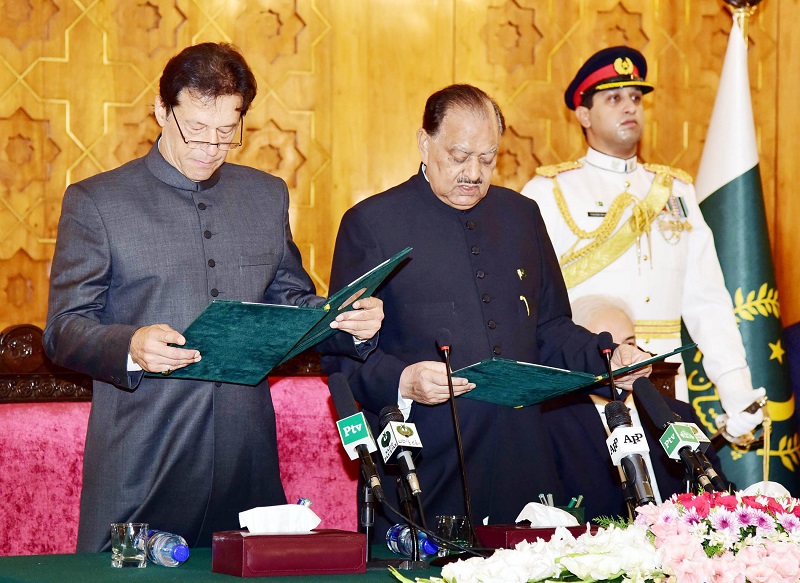 The 65-year-old Imran Khan was elected as the Leader of the House in National Assembly on Friday after he emerged victorious in the prime minister’s election by 176-96.

In his maiden address in the House after being elected as the prime minister, Imran Khan pledged to bring about the change being awaited by the nation for the last seven decades. He held out an assurance that there would be no National Reconciliation Ordinance (NRO) for anyone and all looted money would be recovered and brought back.

The PTI had also invited Indian legendary Cricketers Kapil Dev and Sunil Gavaskar for Imran Khan’s Oath taking ceremony; however they excused from attending over personal issues. While Navjot Sidhu accepting the invitation arrived in Lahore on Friday via Wagah border.

Later talking to news persons after his arrival, Navjot Sidhu said that he came to Pakistan as a friend of Imran Khan, not as a political entity. He termed the recent elections as a ground breaking moment for the democracy of Pakistan.