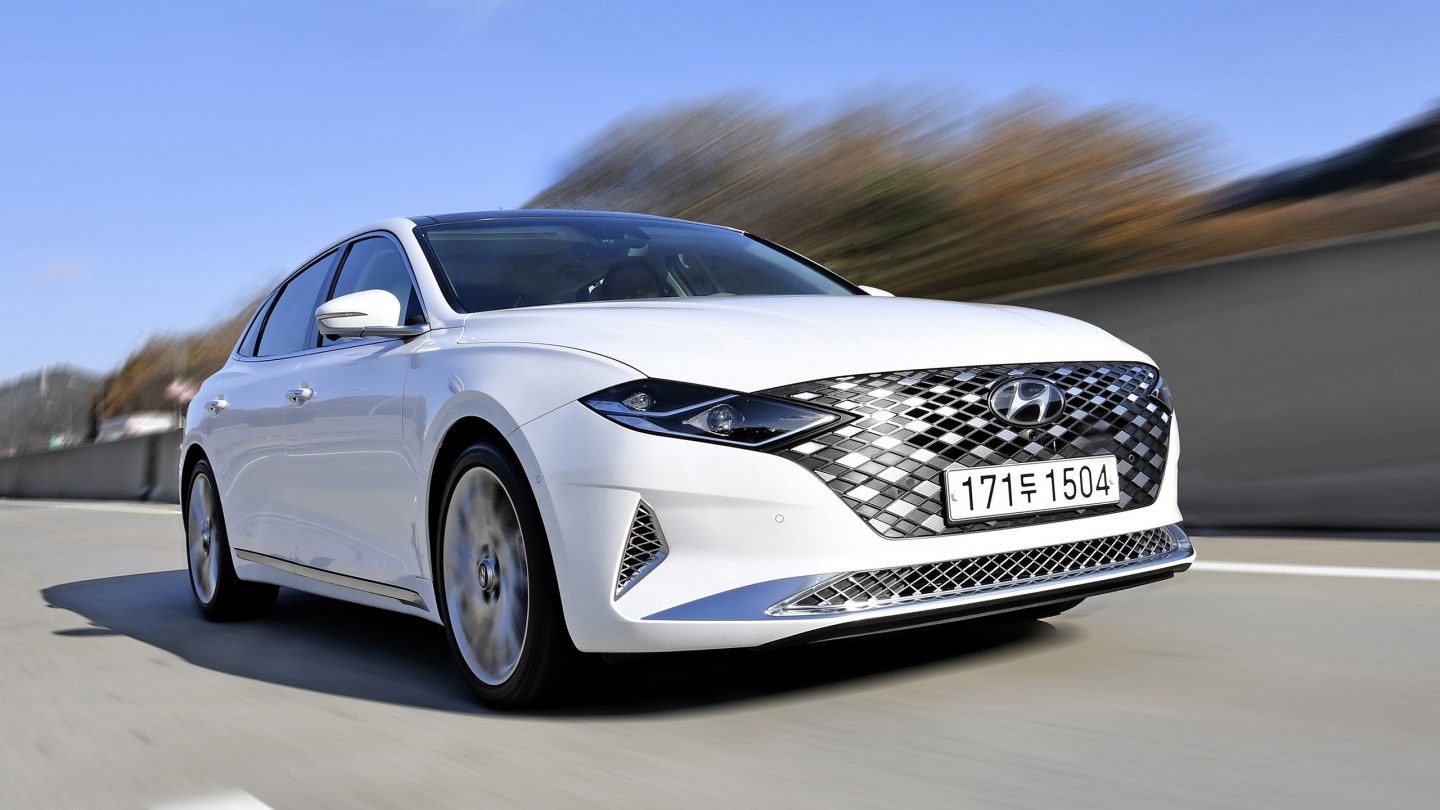 At present, crossover SUVs dominate the markets, both locally and internationally. People like to buy new SUVs and it seems that the era of sedans is coming to an end. However, there is a flicker of hope as Hyundai offers its new Hyundai Grandeur. It’s a matter of content for all sedan lovers to watch spy shots of this luxury sedan. Hyundai Global plans to launch the car in the next two years. The car will offer users a spacious sedan experience. The car, which was first launched in 1986, has a long legacy to show. New car rendering, prototype, and spy shots highlight Hyundai’s ambitions for the car.  Now let’s have a look at the details of the Hyundai Grandeur in Pakistan.

The car was last seen in the United States in 2018 when Hyundai quietly discontinued its sales because of its low turnout. However, Hyundai believes that people are ready for this new luxury sedan. That’s why the company is spending so much time on the car, and the excitement is growing worldwide with every leaked spy shot of the car.

Hyundai has launched two sedans, Hyundai Elantra and Sonata in Pakistan. The former is a C-segment car, while the latter falls into the D-segment. The sales figures show that people are loving them. Sonata is more preferred by the audience. As mentioned earlier, the Grandeur will come to the international market in two years, so its arrival in Pakistan is very unlikely.

Styling and Look of Hyundai Grandeur Spy shots and Grandeur rendering prove that Hyundai has decided to be bold while paying tribute to its past. The camouflaged unit with a large front grille points to quite interesting vertical headlights.

If you see the back and LED light bar on the wide trunk gives it a proper sedan shape. The last three-quarters of the window retains the 1998 style of the past while showing the luxurious side of the future.

The expected price of Hyundai Grandeur in the local market scenario of Pakistan can be around PKR 5,544,000.

Duaa Naeem
Duaa Naeem is a fresh graduate who is utilizing her writing skills into writing articles that are informative for the readers.
Share
Facebook
Twitter
Pinterest
WhatsApp
Previous articleFM Qureshi calls for immediate cessation of terror attacks in UAE
Next articleAn investigation sheds light into Modi’s machinery of online hate and manipulation