Hina Altaf and Agha Ali recently got married and appeared in Nida Yasir’s Eid Morning Show. This interview turned out to be one of the best as it was their first appearance as couple in any show. The couple looked so adorable in light hued Eid dresses and their faces had a pleasant glow.

Hina and Agha Ali got married in May this year. Since then, they have been the center of attention and keep on sharing their love-filled pictures which make them gather the love of their fans and followers.

Agha is a Talented Make Up Artist

During an interview on ARY Digital in Nida Yasir’s Eid Morning Show, Hina Altaf told the interviewer that Agha Ali makes her feel special every day. She revealed that is not only good as husband but also much talented as he does great makeup than her. She said, “Agha puts oil in my hair and even he blow-dried them last night. He even knows how to do my makeup, and I often ask him to do my makeup for videos”. 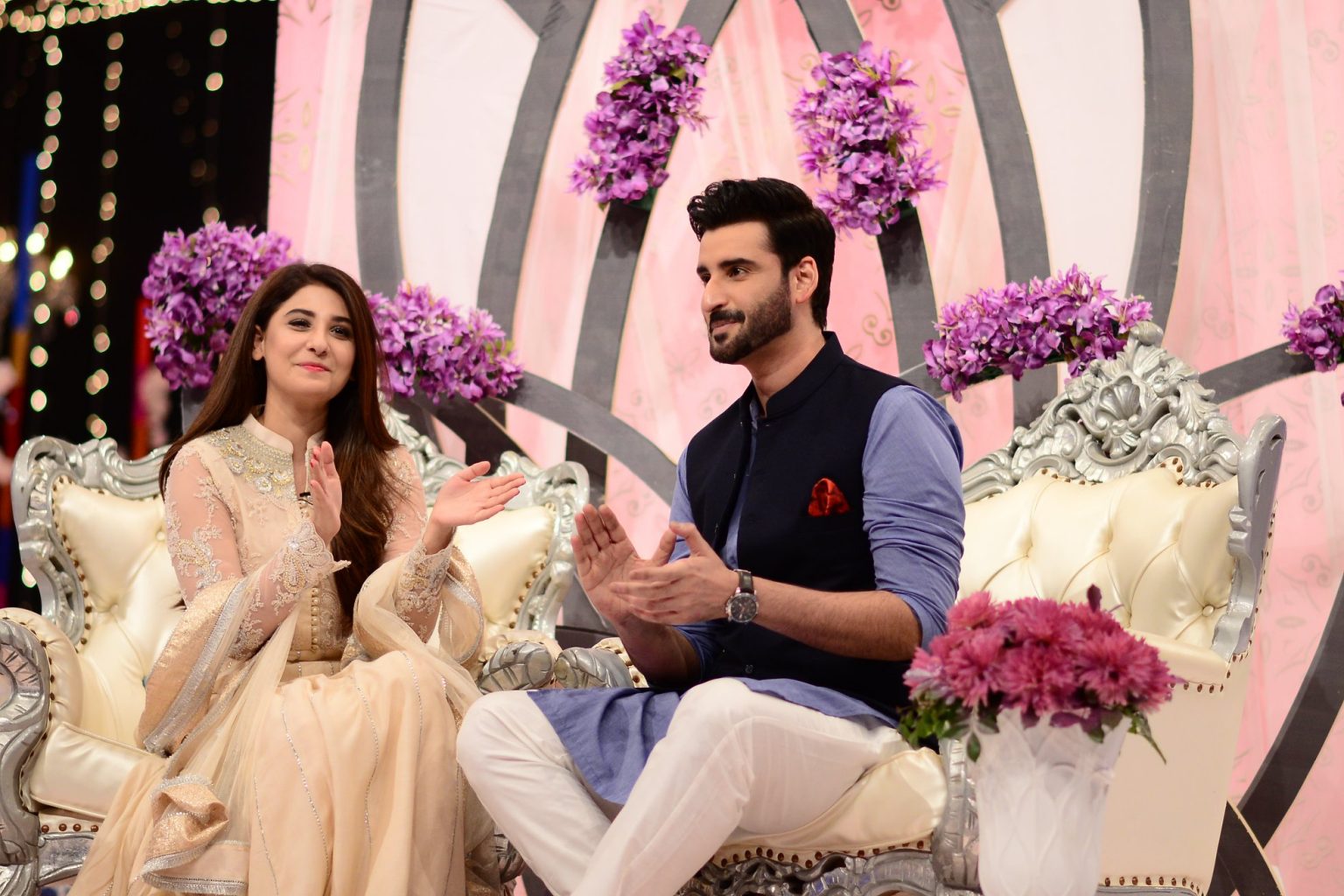 Taking a chance of making the moment special, Agha Ali replied, “I am not as good as a makeup artist but I know how to do a bit of it. Hina’s face always looks good with less makeup.” Hina added, “He even straightened my hair”.

They Call Each Other with Special Name

Nida Yasir asked the newly-wed couple about what do they call each other, to which Hina replied we call each other “Jaan” but Agha does not like to use this word in public. 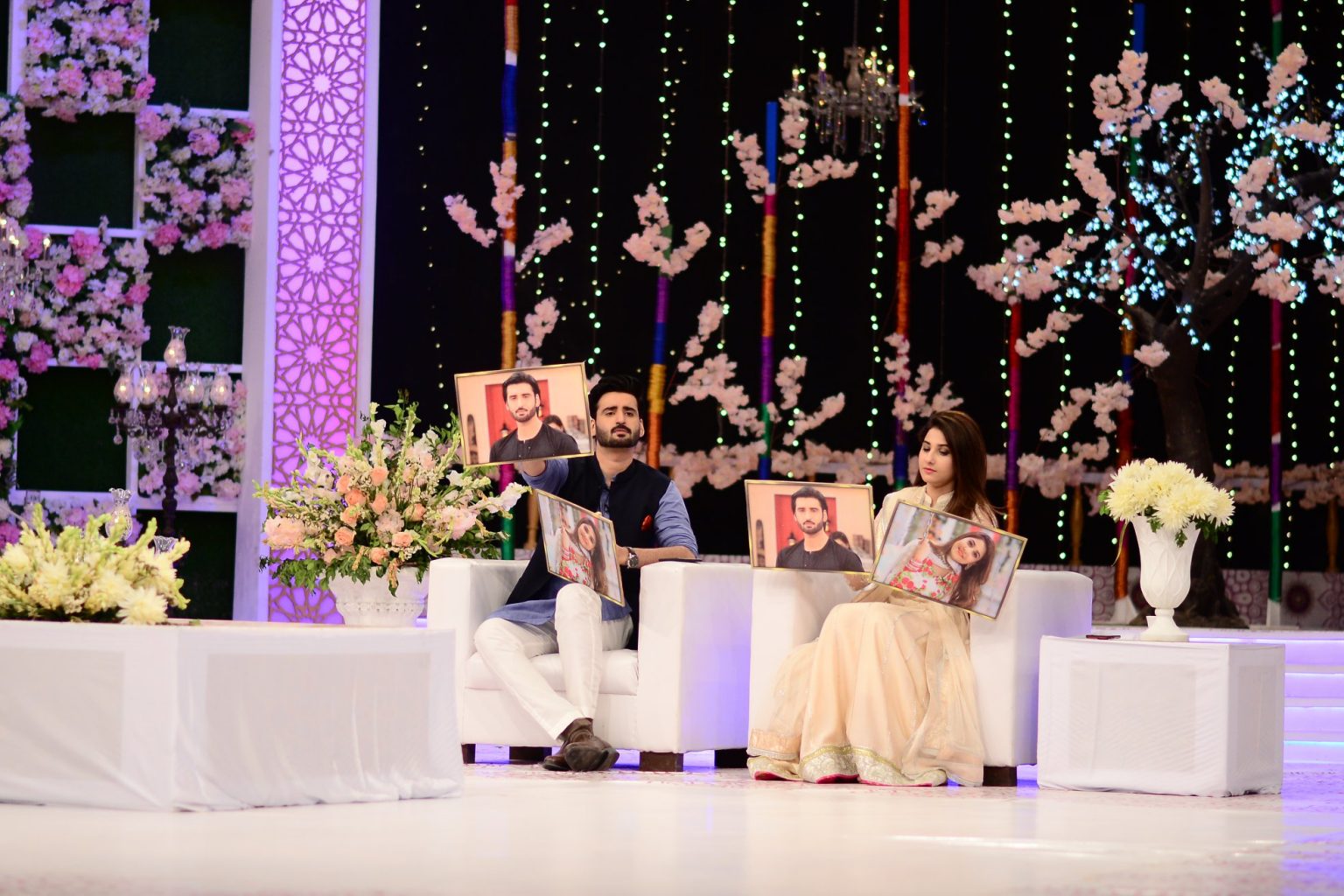 Moreover, this interview revealed how much Hina Altaf and Agha Ali know each other for their likes and dislikes and it seems they have strong relationship.

Here is Why Agha Ali Decided to Marry Hina 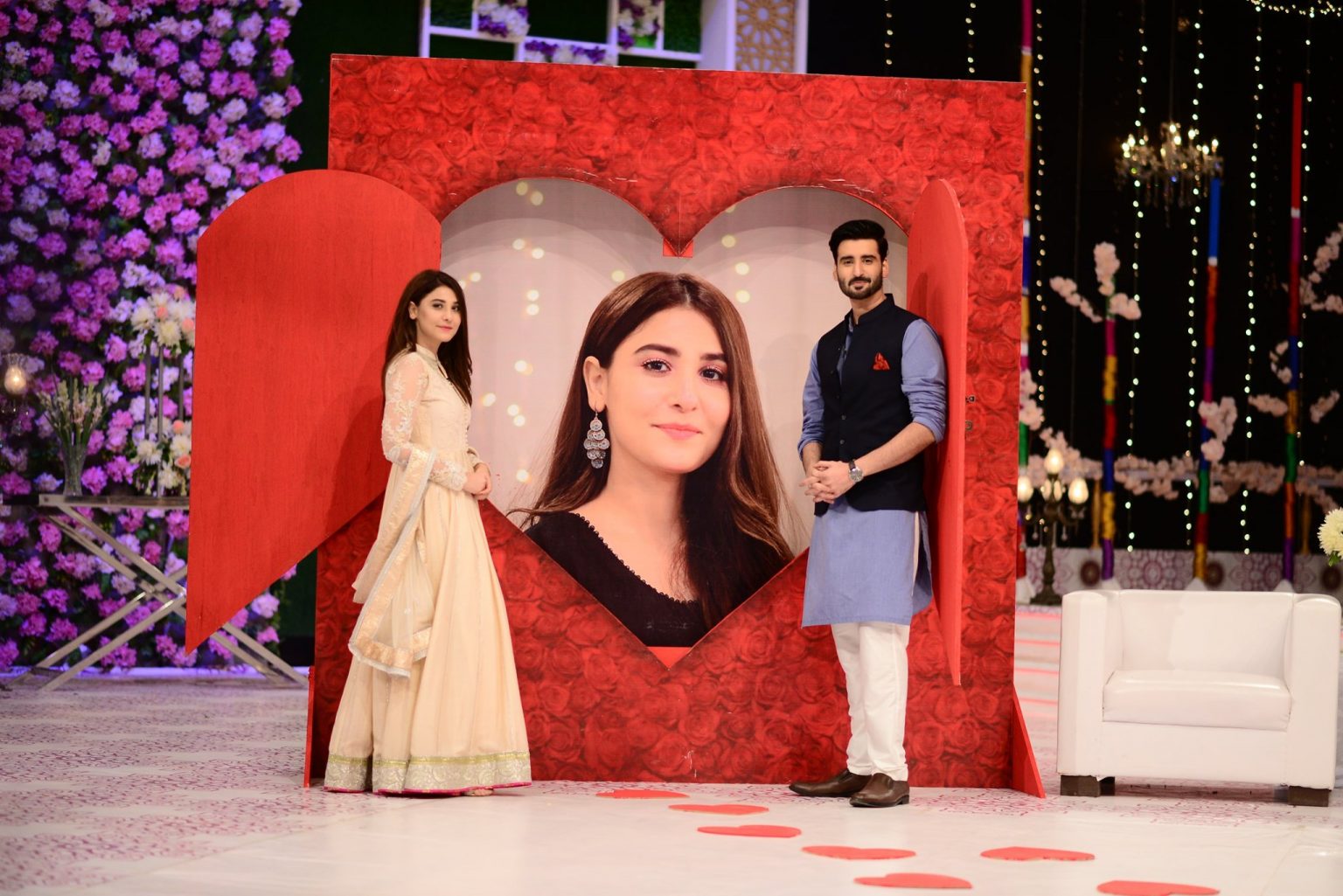 Agha Ali shared that even today he finds it hard to believe that they are actually married. He said that if he had to mention one thing which became the reason why he chose Hina as his wife, it would be that Hina knows when to get frank with people and when to keep her distance. The fact that Hina does not reveal her personality to everyone, attracted Agha towards him.

What Hina Thinks about Agha Ali? 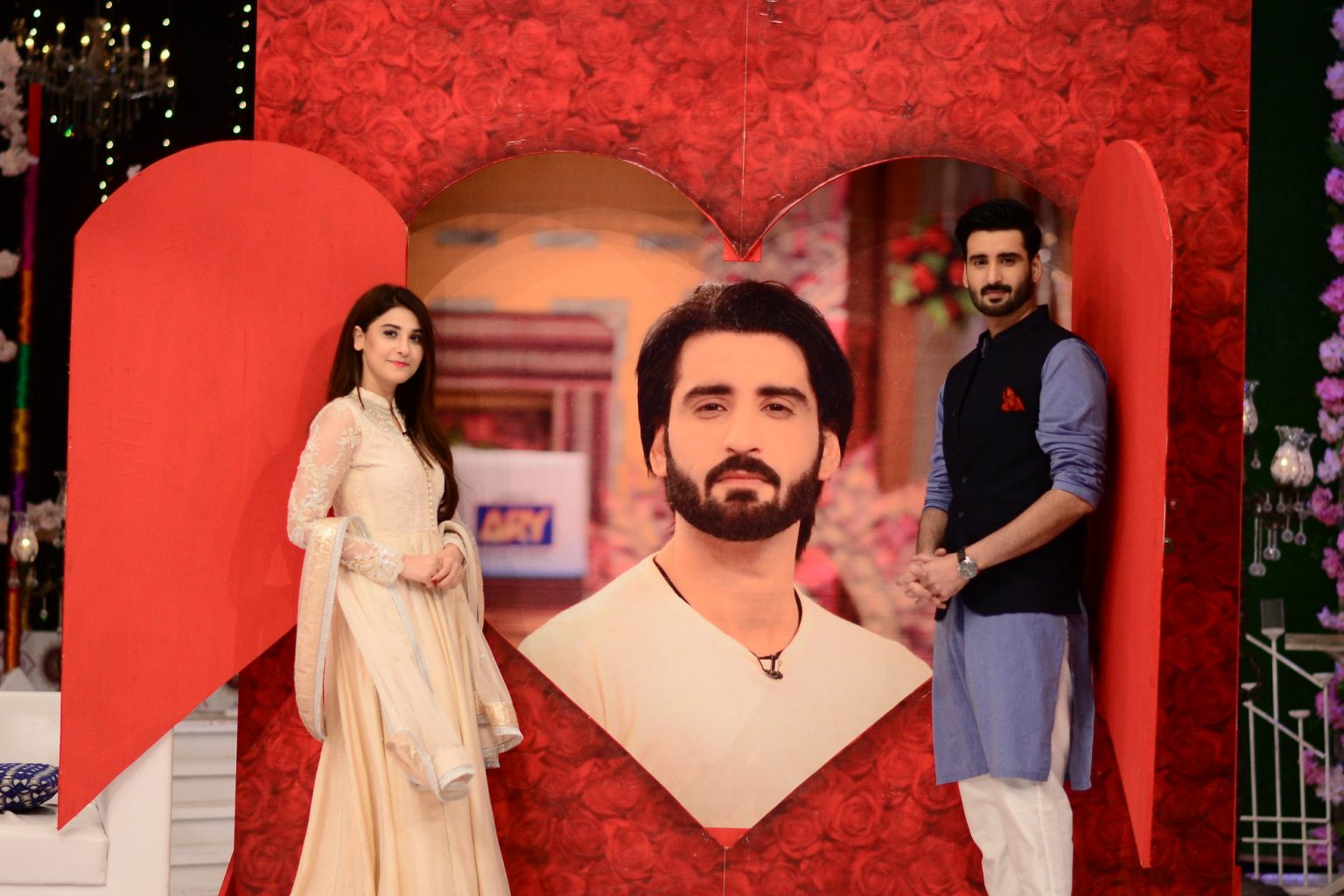 Hina expressed that apart from love there was a lot of respect which she felt for Agha Ali. She said that it is so important to keep on reminding each other why you fell in love and got married. Hina is absolutely in love with the kind of person Agha is. She thinks she can never be as good a person as her husband because he has so many great qualities like he is truthful and loyal. 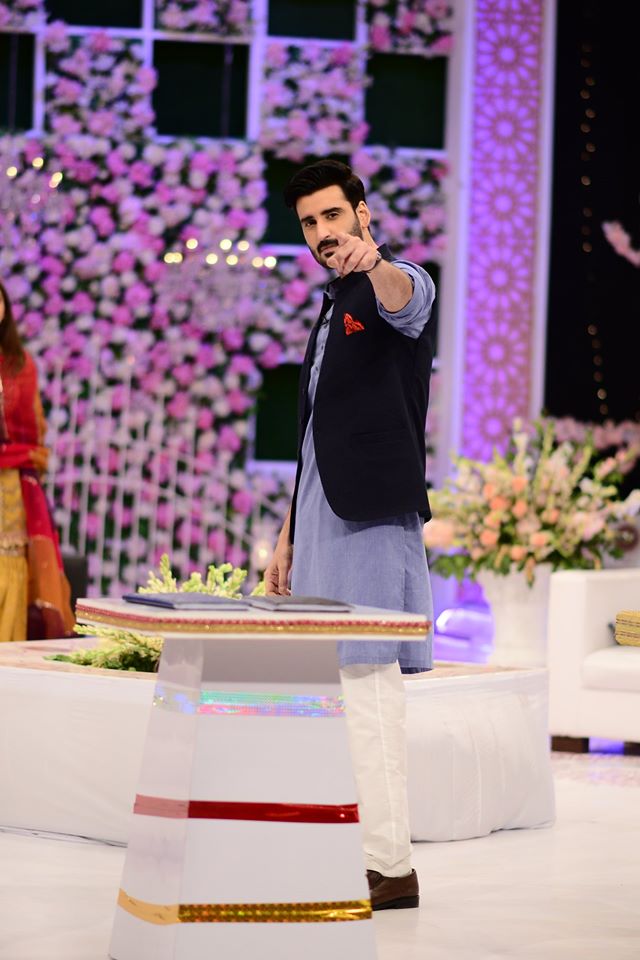 The one thing which attracted Hina towards Agha in the beginning was his sense of humor. Hina’s first impression of Agha was that he is a really serious person who probably gets upset easily. When they started interacting, she was surprised to know that Agha had a great sense of humor. He always made Hina laugh and that is the reason why she decided to spend the rest of her life with him. 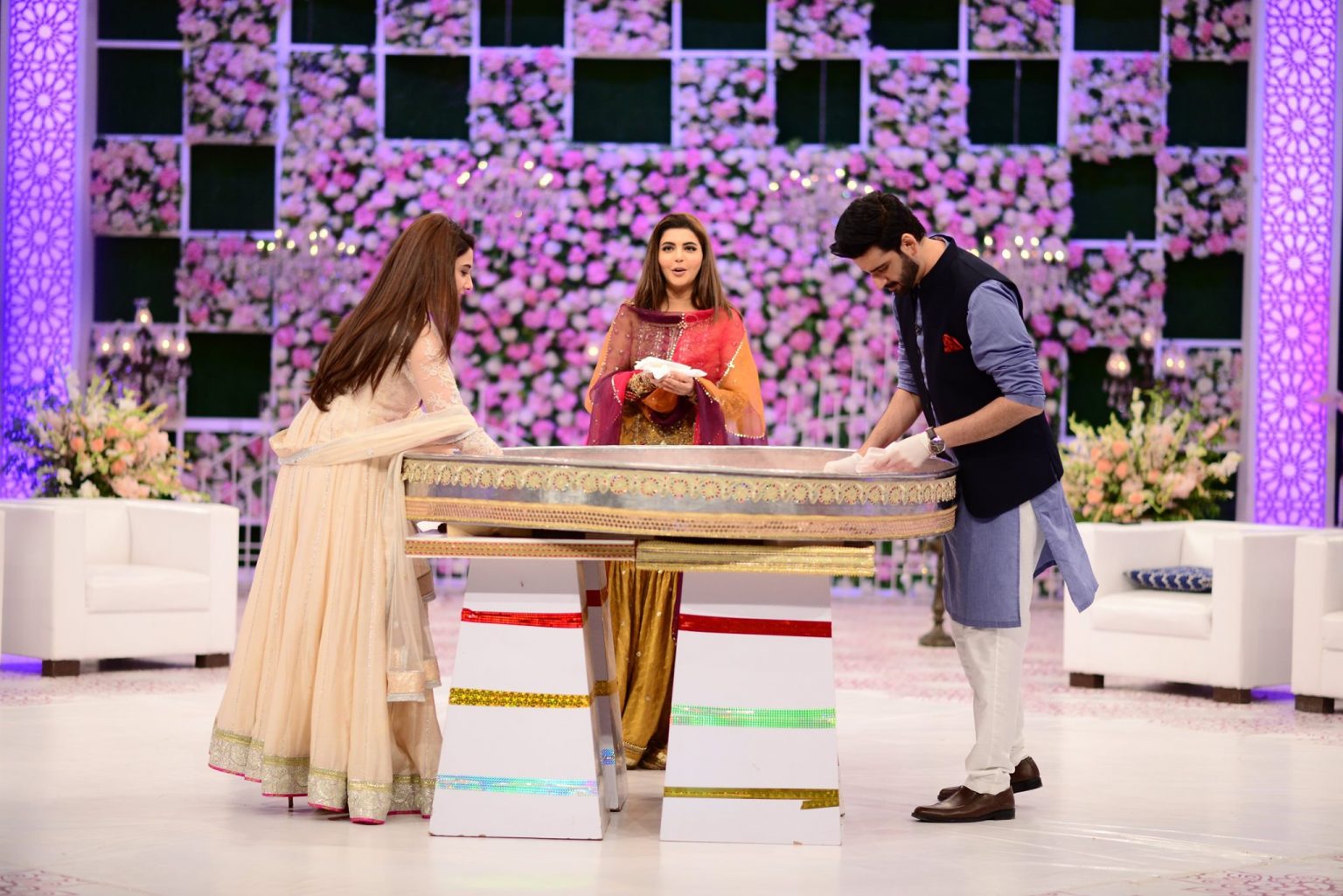 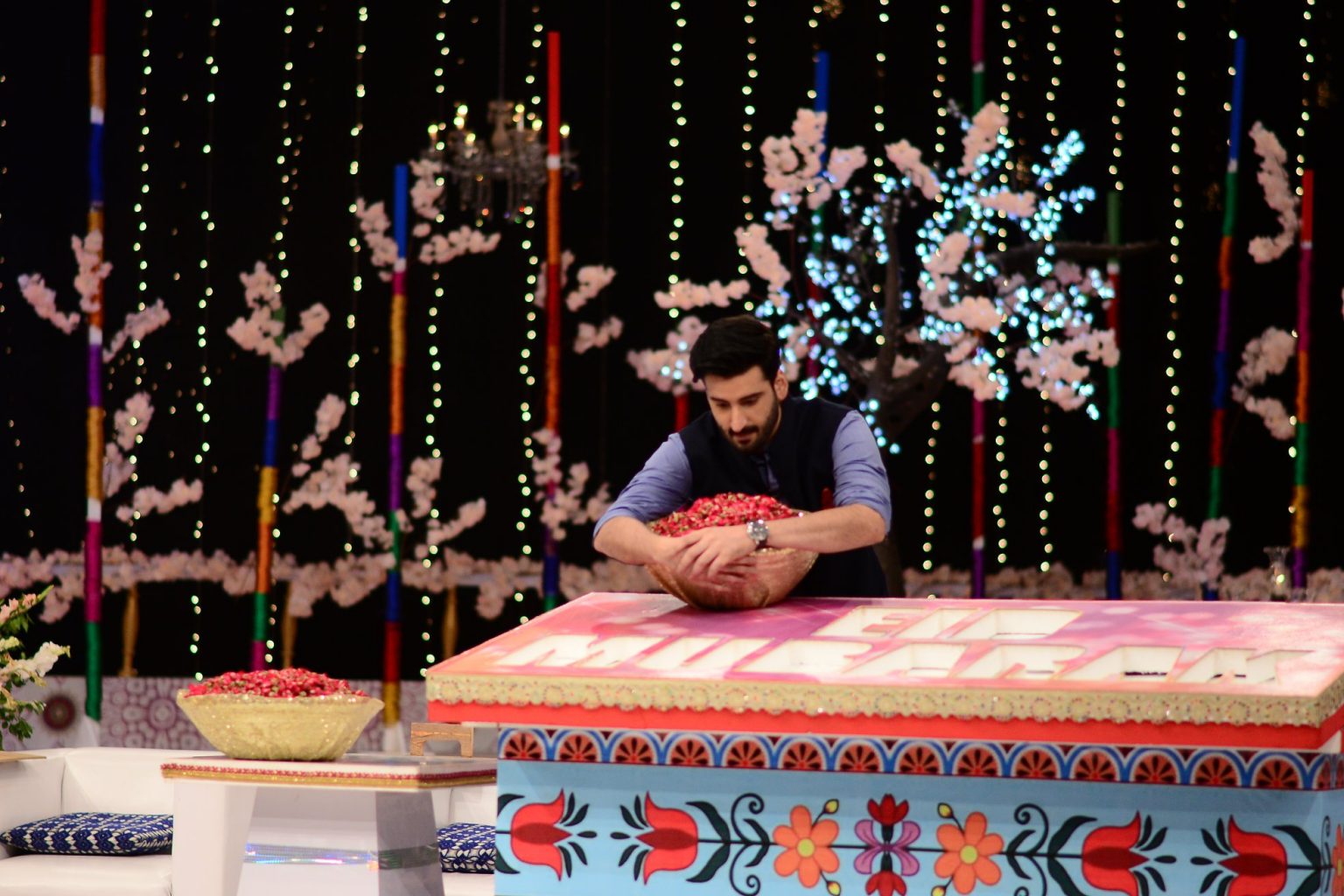 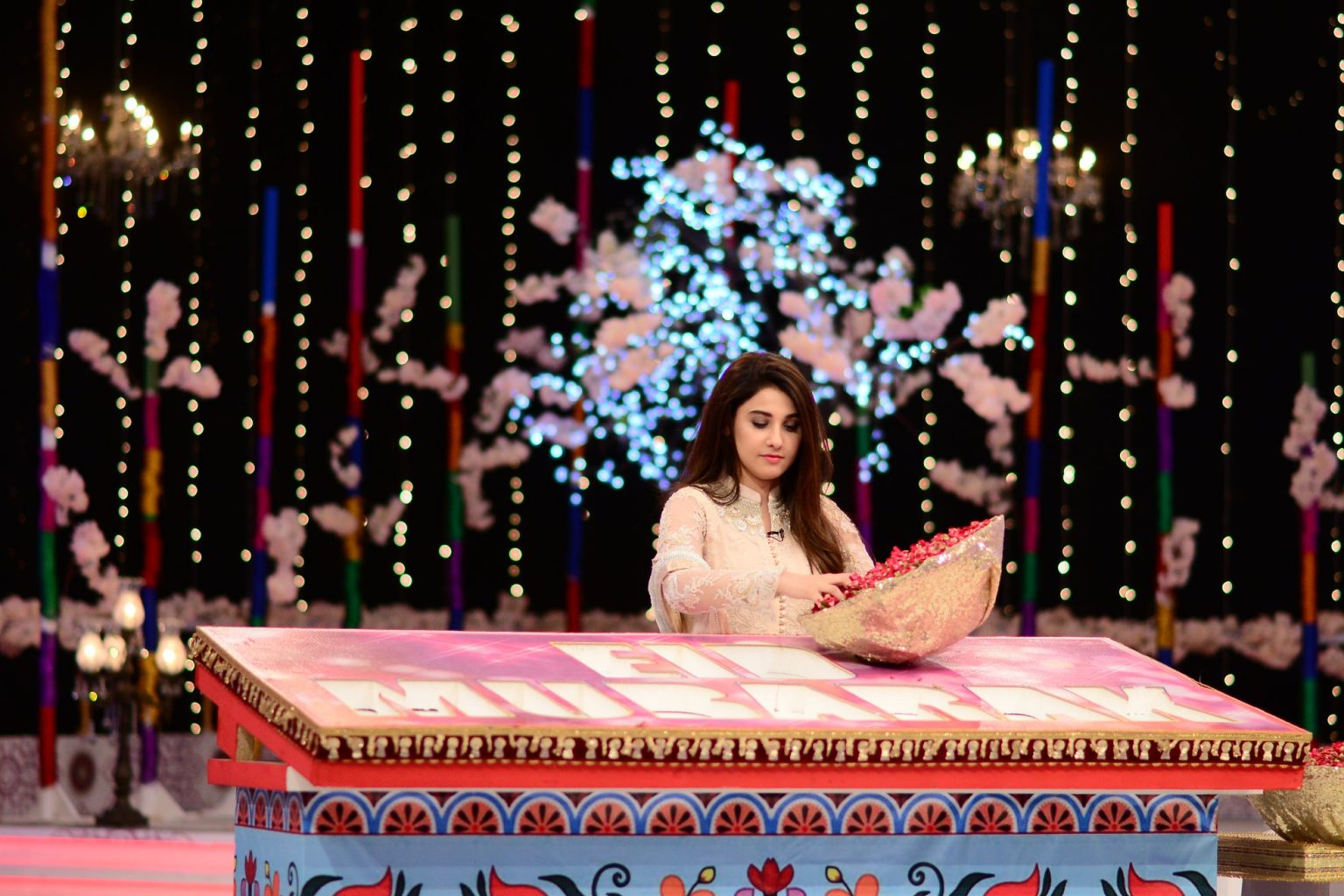 Here is how this interview went on and shared interesting things from Hina Altaf and Agha Ali’s new beginning of life!

Wardah Farooqi
Wardah Farooqi has been working as a writer for 6 years. She also worked at Dunya News, Live Pakistan Magazine, and numerous local as well as international platforms. When she isn't writing, you can find her assisting people in bringing out the best!
Share
Facebook
Twitter
Pinterest
WhatsApp
Previous articleHania Amir Latest Bridal Photo shoot is extremely stunning!
Next articleJunaid Khan is all set for ‘Keh Do’ – Something exciting on the way!