Who did not love an enigmatic couple of Hania Amir and Farhan Saeed in Mere Humsafar Drama? The drama kept the audience hooked from the very beginning. The innocence and beauty of Hala together with the caring and loving nature of Hamza set the couple’s standards high. The ending of the drama was beautiful. However, it left the fans in sorrow because they won’t be able to see them together. But, recently, Hania Amir and Farhan Saeed photoshoot went viral, giving viewers exciting thrills.

The couple’s on-screen chemistry was also seen in the HUM Style Awards 2022. They gave an outstanding dance performance. The fans could not get over them, so they are appearing in another drama serial, Jhooti. Until the drama’s production is complete, the couple spills pictures to keep the fans gushing over them.

Hania and Farhan are setting the trends for the upcoming wedding season. When it is wedding season, couples want to make their days memorable forever. So, to keep the memories forever, couple want to create some magical pieces. Farhan and Hania’s recent photoshoot is giving inspiration to the to-be-married couples in town.

Maha’s Photography is doing all the shoots and she is proving that she is the best. Take a look at the beautiful clicks. The looks are from Nikkah, Mehndi, Baraat, and more. 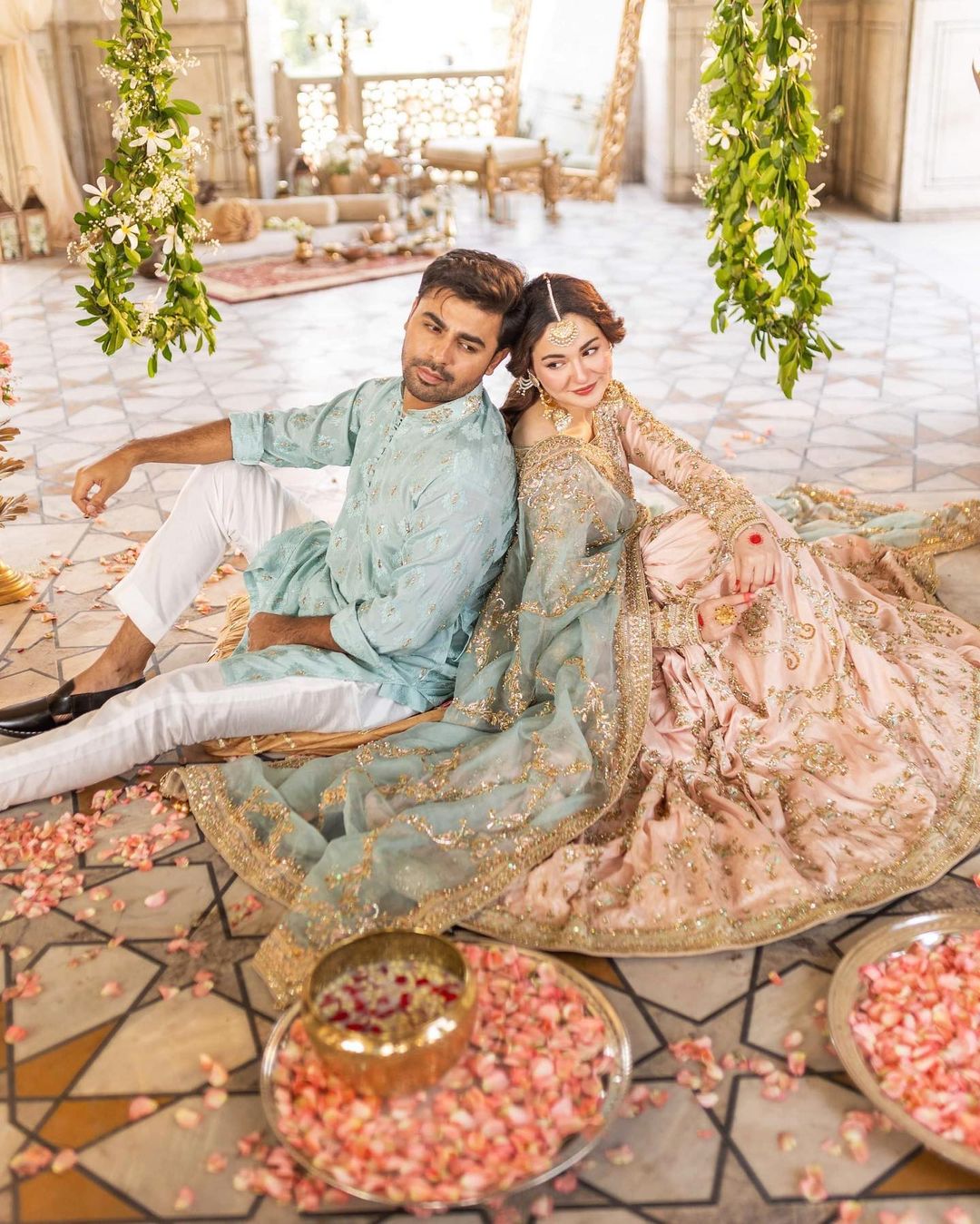 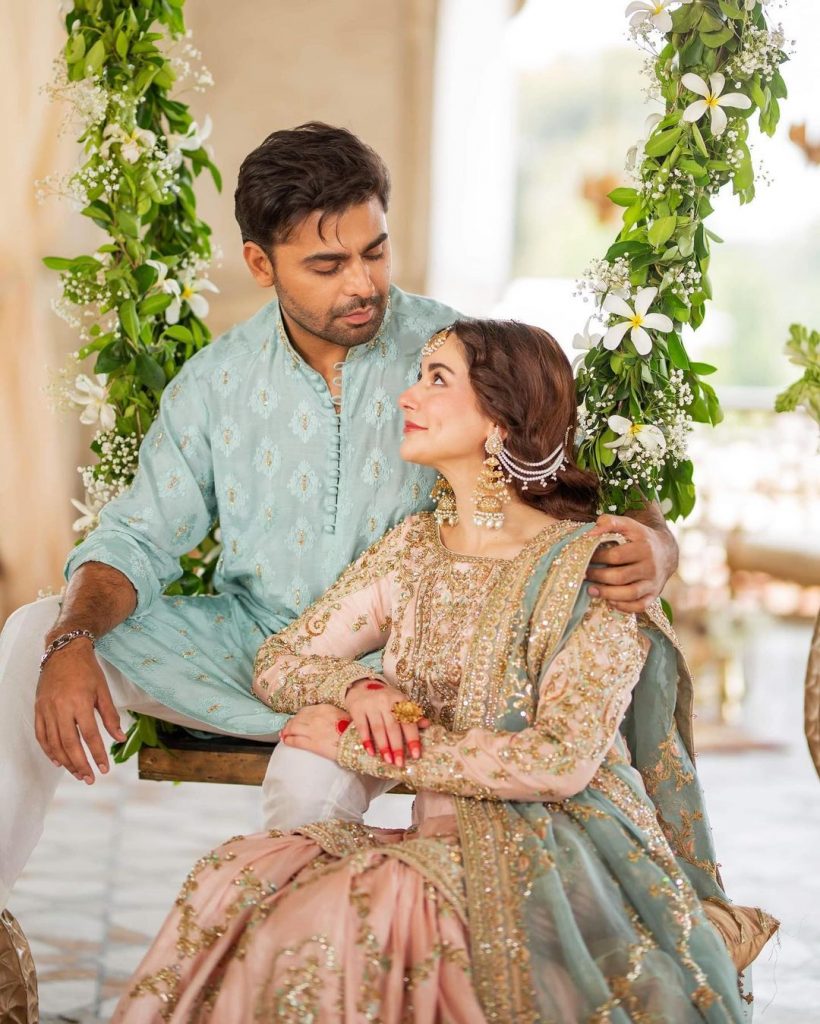 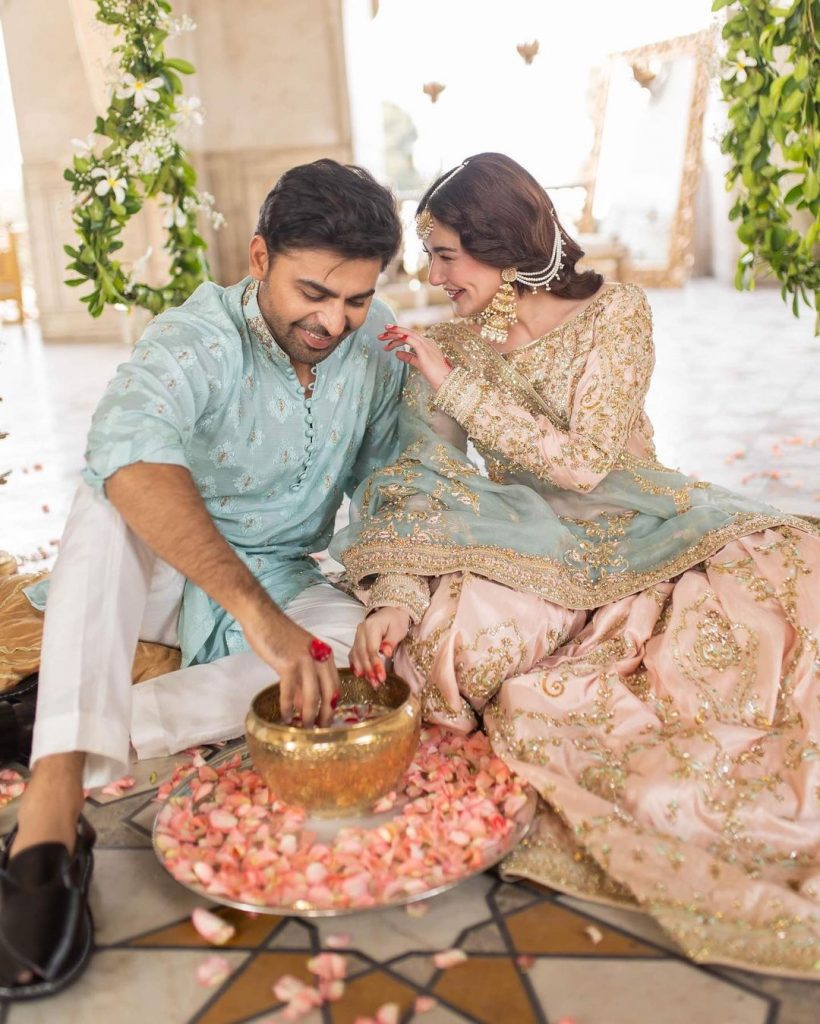 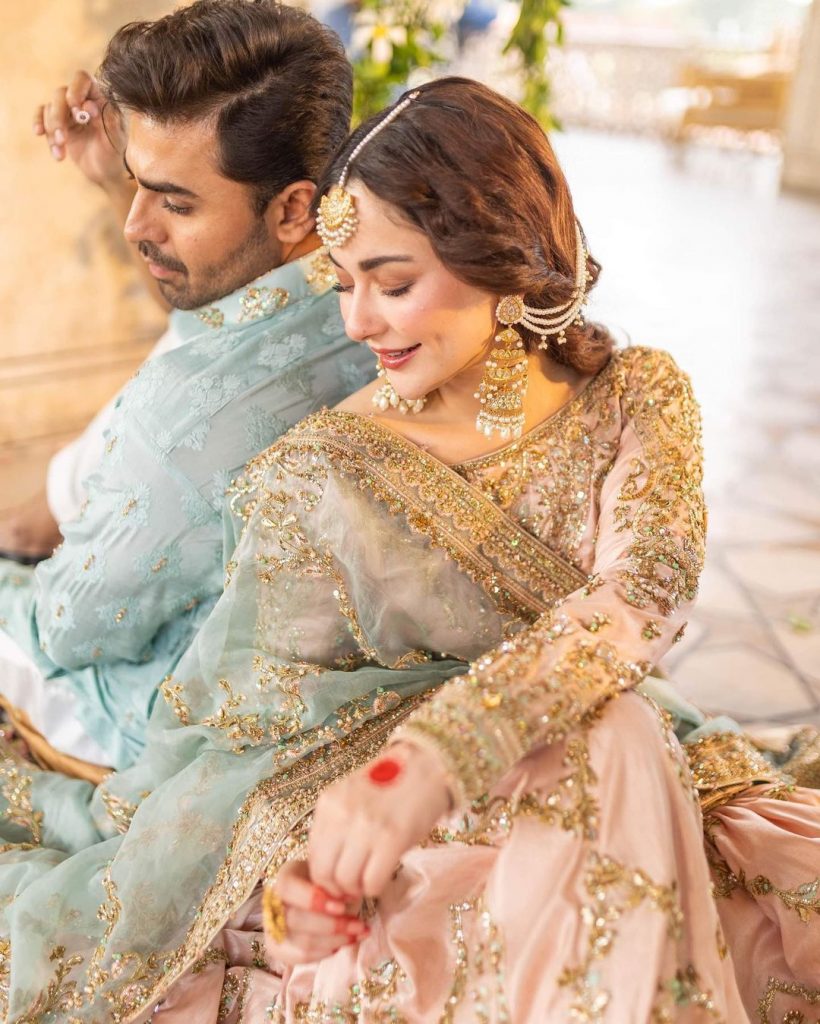 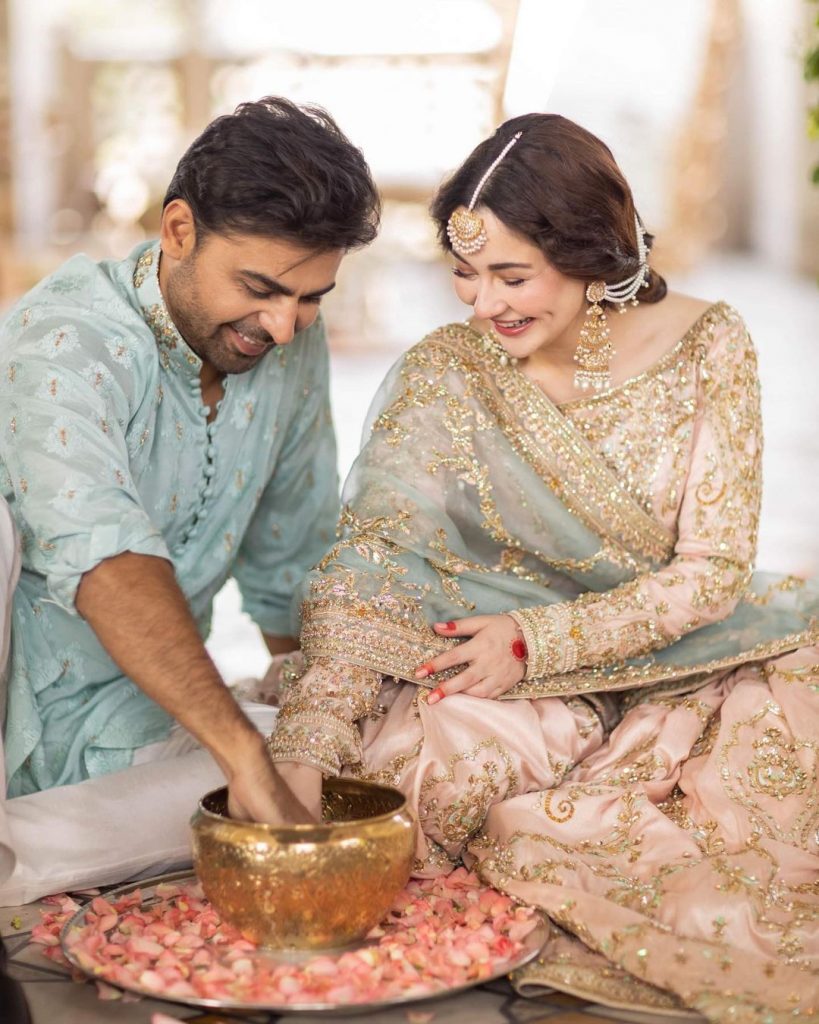 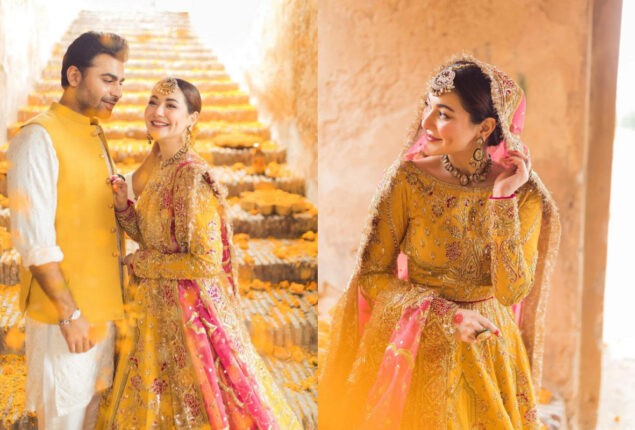 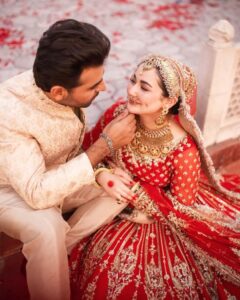 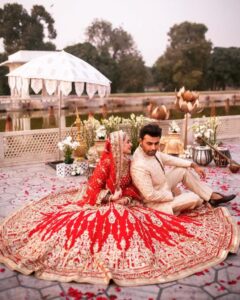 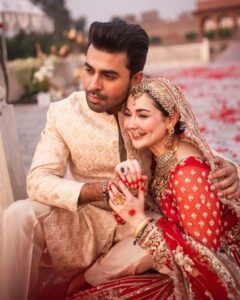 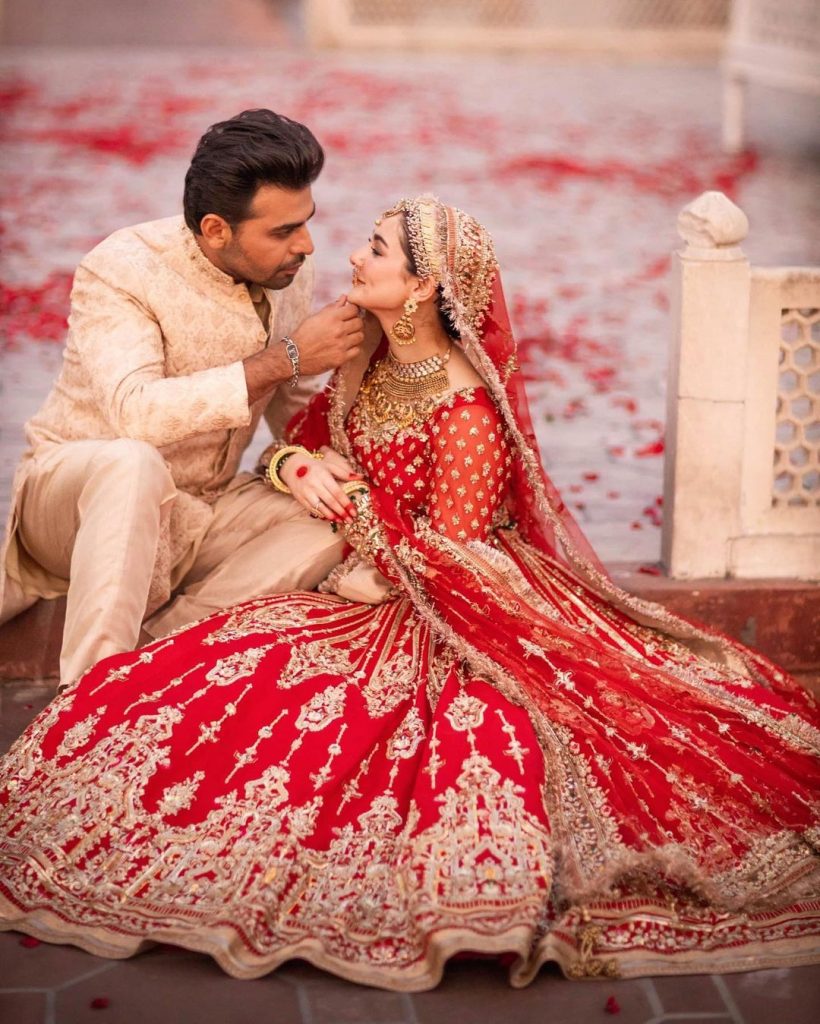