Pakistani actor and model Hania Aamir is known for her blockbuster projects and drop-dead looks. With her killer smile, the Ishqiya star stands out with her bubbly persona. 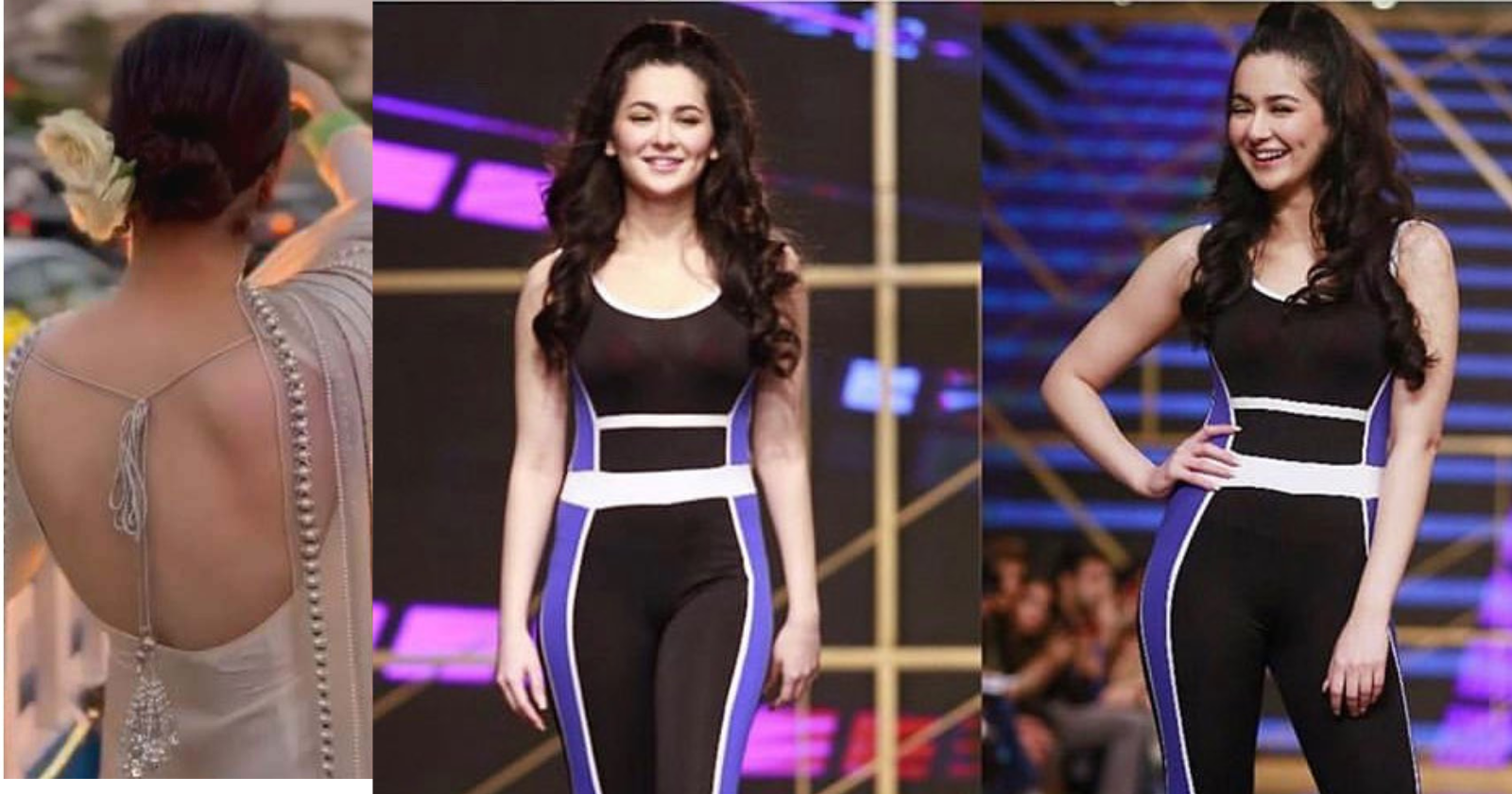 Following the end of her hit soap opera Mere Hamsafar, the 25-year-old is making headlines with Mujhe Pyar Hua Tha.

Badr Mahmood’s love triangle revolves around the characters of Saad, Mahler, and Areeb. Saad, a character played by Wahaj Ali, remains in love with his cousin Maher, played by Hania, but Areeb becomes the apple of the eye of Mahler, a twist that stunned fans.

As the cast of the projects attempted to woo fans with stellar performances, a clip from the project got netizens’ unwanted attention.


The clip shows Hania Aamir’s wearing bridal attire for the wedding scenes while she was spotted wearing a short and backless blouse.

The bold clip and screengrabs then started around on the internet, inviting trolling from keyboard warriors, who labelled it obscene. This is, however, not the first time that Hania faces netizen bashing as the trendsetter and effervescent star is widely known for her bold charisma, which often troubles the starlet.

She set the temperature high earlier by flaunting a backless yellow dress, which also remained in the news for some time.

Check some other bold clicks of Lollywood diva. Hania Amir is the innocent face of the Pakistan Showbiz Industry that no one can ever ignore. She is not only a fantastic actress but also gorgeous enough that it’s difficult for fans to take away a glance.

Her beautiful smile makes her look adorable in whatever she opts to wear. Hania has been working on different projects and marked brilliance while gaining many fans.

Hania Amir’s Top 10 Bold Pictures that You Might Have Missed!