ISLAMABAD, Pakistan: The funeral prayers in absentia for the veteran Hurriyat leader Syed Ali Shah Geelani were offered at the Lawn of the Parliament House in Islamabad at 1:30 pm on Thursday.

The iconic leader of the Kashmiri resistance Syed Ali Geelani passed away last night at his home in Srinagar in Indian illegally Occupied Jammu and Kashmir (IIOJK) at the age of 92.

Later he was laid to rest in the tight military siege at Haiderpora area of Srinagar. 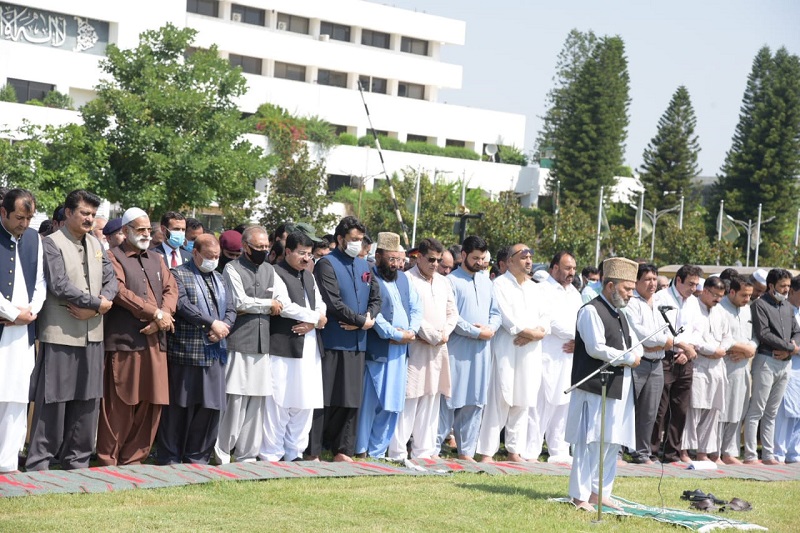 Besides, the Federal Ministers, Members of the Parliament, Senior Officials of National Assembly and Senate, and Staff Members also attended the funeral prayers in absentia of Syed Ali Geelani.

Meanwhile, the AJK government has announced three-day mourning across the state on the demise of Chairman Hurriyat Conference Syed Ali Shah Geelani.