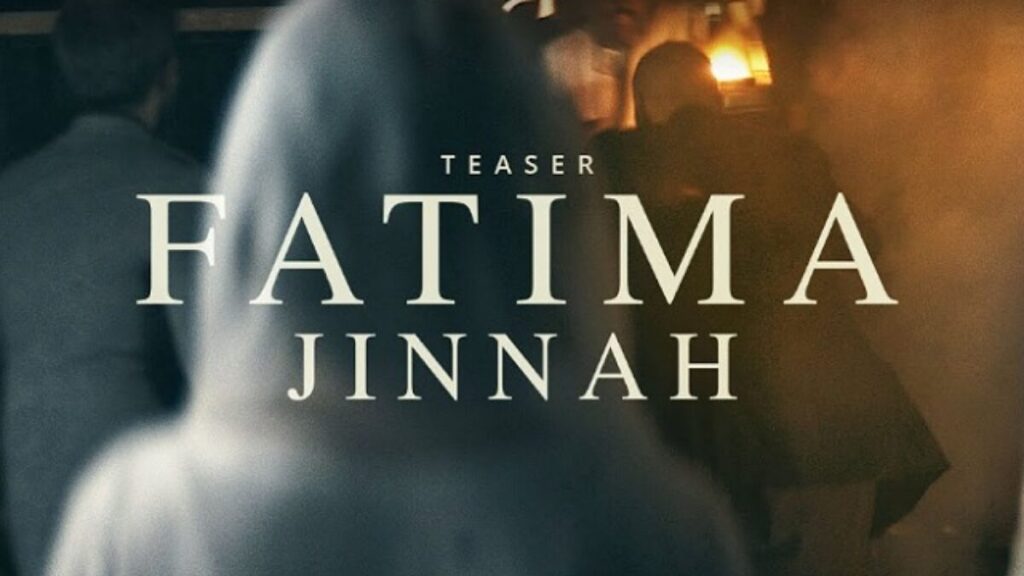 What Is In Fatima Jinnah Web-Series Prologue?

The Fatima Jinnah Web-series prologue manifests the subjective point of view of Fatima Jinnah during the three eras f Pakistan Movement. It shows the problems and conflicts that she had to go through as the mother of the nation. Take a look at it here. The 14-min Prologue of Fatima Jinnah series begins in her clinic in 1929. Sundus Farhan is elegantly playing the role of Fatima Jinnah as a young woman in her 30s. she is wearing a saree and seems to be in a dispute between two choices. Jinnah was the first female dentist in undivided India by getting a dentistry degree from the University of Calcutta in 1923.

We can see her picking up The Bombay Chronicle from her clinic and reading it. She looks sorrowful at the news of Rattanbai sudden death who was the first wife of Muhammad Ali Jinnah. We see her subordinate, Joseph who advised her to think twice about the matter. She, then, asks for the caretaker for Dina (Daughter of Muhammad Al Jinnah) as her mother had parted from the world.

She holds a letter in her hand that states, ” This letter hereby serves as a discontinuation notice for the practice of dentistry undertaken by Dr Fatima Jinnah at the address mentioned forthwith.” The scene ends with an announcement on the video that a Muslim poet has demanded “Complete Independence from British.” and the scene ends here.

The scene reopens in a train that is taking the migrants from India to Pakistan during the partition. The scenes are from Northwest Railway Junction in Lahore and Sajal Aly as Fatima Jinnah stands on the train. Hindus attacked the train and brutally martyred and injured the migrants. The whole scene shows nothing but the crime of killing innocent lives.

The 1947 depiction shows the actual face of partition without aggrandizing the efforts and sacrifices of our ancestors. Ms Jinnah seems utterly depressed at the sight of the gore. In the meanwhile, we hear someone calling on the phone, “Call for Lord Mountbatten, a train to Lahore was compromised. I repeat, a refugee train to Lahore was attacked.”

While Fatima Jinnah stands on the train, she has dead bodies all around which disturbs her and her subordinate, Aneeta, an Indian girl. Dananeer Mobeen has played this role. the whole scene depicts gore and bloodshed and continuous few minutes of sympathetic disturbance.

She looks at a dead body holding Quran. As she bends down to pick up Quran, she hears the sound of a baby crying. She moves towards the baby who is waiting for someone to rescue him while laying in the lap of her dead mother. As she picks up the child, a loud sound of screams catches her.

As she follows the sound, she reaches a girl who is surrounded by the dead bodies of her family. She screams in pain and fear and Jinnah could not stop her as the trauma was too much to handle. Joseph begins crying too and Fatima Jinnah also tears up at the sight. She does not speak any word but numbed at the devastation of her people at the cost of Independence.

This period in the prologue depicts the actual events from the partition without glorifying the sacrifices. It shows the brutal treatment of Hindus who attacked the train of Muslims. This shows real massacre instead of sacrifice as a result of forced migration. This scene also ends with an announcement on a nearby radio, “Aaj, Hindustan men, Angrez sarkaar ke 200 saal ka khaatma hua. Lord Mountbatten ne Viceroy ka khitab chordiya. Aur Mr Jinnah Pakistan ki taraf rawaana horahay hain.”

The scene reopen again in Katra Parsi Colony in Karachi which was the first capital city of Pakistan. Azans surround the environment and Fatima Jinnah stands silently. ANothe radio announcement comes, “Fatima Jinnah has decided to make her return to politics.”

It shows that her associates, along with Joseph, convince her to return to politics so she comes out of her home to address the people. She founded the Pakistan Women’s Association for the welfare of women migrants in Pakistan. People started opposing her after Quaid-e-Azam’s death. She faced a lot of difficulties.

The government stopped her from public addressing until 1951 after which she addressed the nation via radio. Though her speech was heavily censored by the government of Liaquat Ali Khan. She also wrote a book, My Brother, in 1955 but could not get it published till after 32 years. The government did not allow the book to be published because of censorship. Even though, after censorship approval, there were many manuscripts missing.

The Fatima Jinnah Web-series Prologue also shows her efforts in the 1965 election even after the disruption by the opposing political parties. She secured two big cities to her name including Karachi and Dhaka. This series also highlights how Ayub Khan put questions on her modesty and patriotism to downgrade her in politics. This way the prologue ends but the rest of the story is yet to come in the coming episodes.

Duaa Naeem
Duaa Naeem is a fresh graduate who is utilizing her writing skills into writing articles that are informative for the readers.
Share
Facebook
Twitter
Pinterest
WhatsApp
Previous articleSolar AC Price In Pakistan 2022 | Best AC Models
Next articlePresident, PM grieved over loss of lives in bus-oil tanker collision on M-5