ISLAMABAD, Pakistan: The Peace and Culture Organisation Chairperson Mushaal Hussein Mullick has urged the world’s bodies to force India to release Yasin Malik who was shifted to the medical investigation room due to his fast-deteriorating health condition.

In a statement on Tuesday, Mushaal, who is wife of Yasin Malik, said that JKLF Chief was on hunger strike in Tihar jail for the last six days against the fascist Indian government’s biased attitude not to provide him opportunity of fair trial. 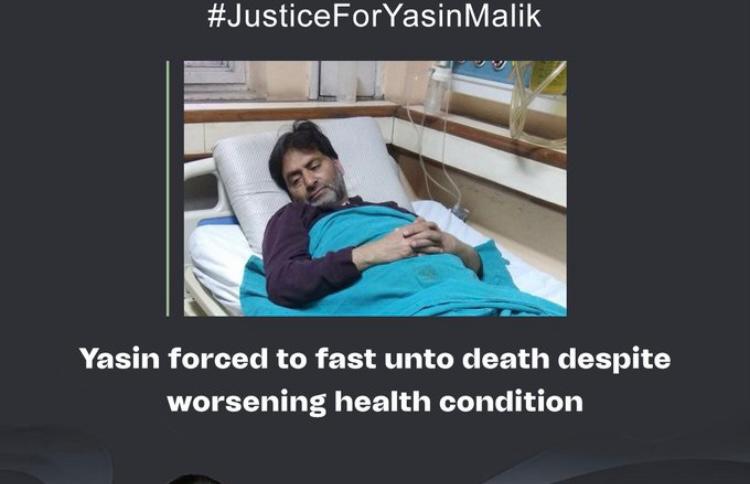 The Chairperson said that her husband informed the court that he had written a letter to the government seeking his transfer to a Jammu jail so that he could physically appear in the case and contest the allegations against him but his request was not entertained.

Therefore, she said that went on an indefinite hunger strike inside the jail in protest against the callous attitude of the authorities.

Mushaal feared that Yasin being the most powerful and effective voice of Kashmir liberation movement, hence the fascist government was using all barbaric and unlawful tactics to silence him.

The Chairperson lamented the world silence over the criminal and unjust treatment meted out to JKLF Chief.

Mushaal Mullick urged that the United Nations, European Union, human rights organizations and world powers should build pressure on the Hindutva regime to not only save Yasin Malik’s life but to ensure his safe release.