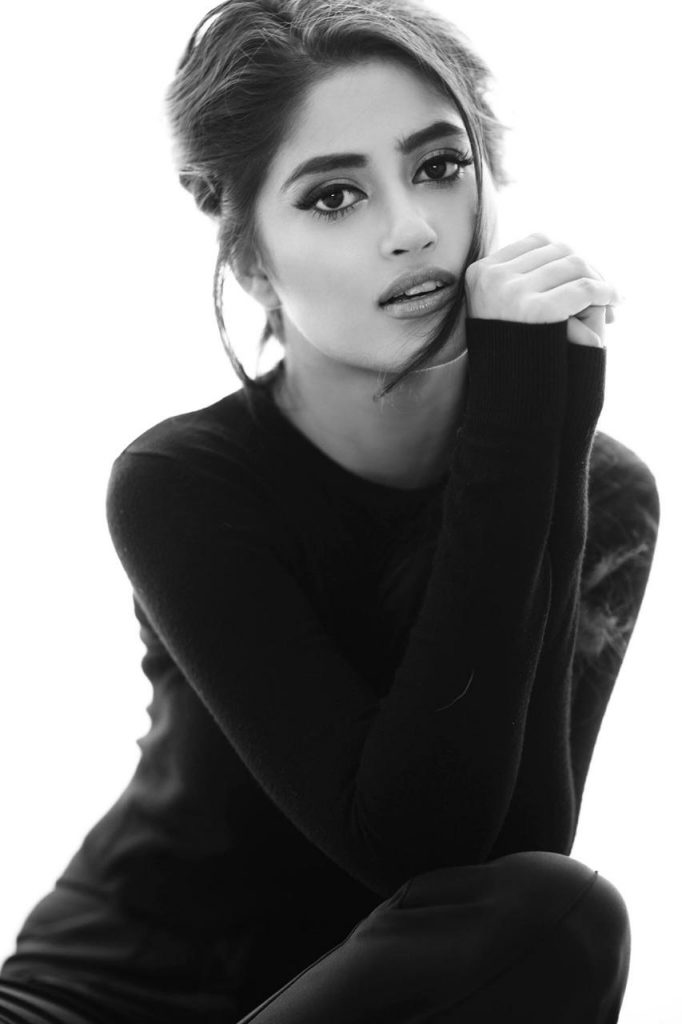 Sajal Aly is the reigning queen and the undoubted heartthrob of the nation. Even though she has been acting for quite some time, but the past few years have been absolutely lucky for her and the people who like her. She has seamlessly taken over the Television industry of Pakistan and people love her for the work she does. This is why her fans will do anything to make sure she not only notices them but respond to them as well.

In one such attempt, a cute team of followers who ran a fan page as well sent Sajal a surprise gift and it is absolutely adorable.

Among the other things that this fan page and its team sent to Sajal, there was a long letter portraying the love for Sajal. The letter was sent by the Instagram account titled @sahadfanatics which has a couple of messages sent by Aly’s fans detailing what they want her to know. 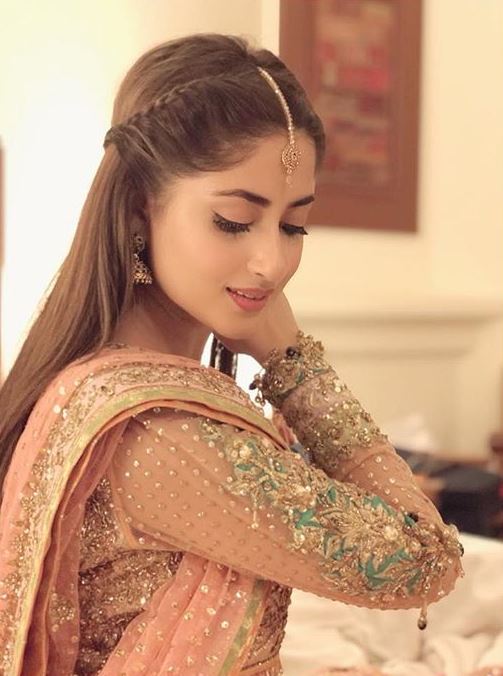 Among other messages, some includes:

“Your fans are your life.”

“You will be the prettiest bride ever.”

“Keep posting your and Ahad’s pics.” 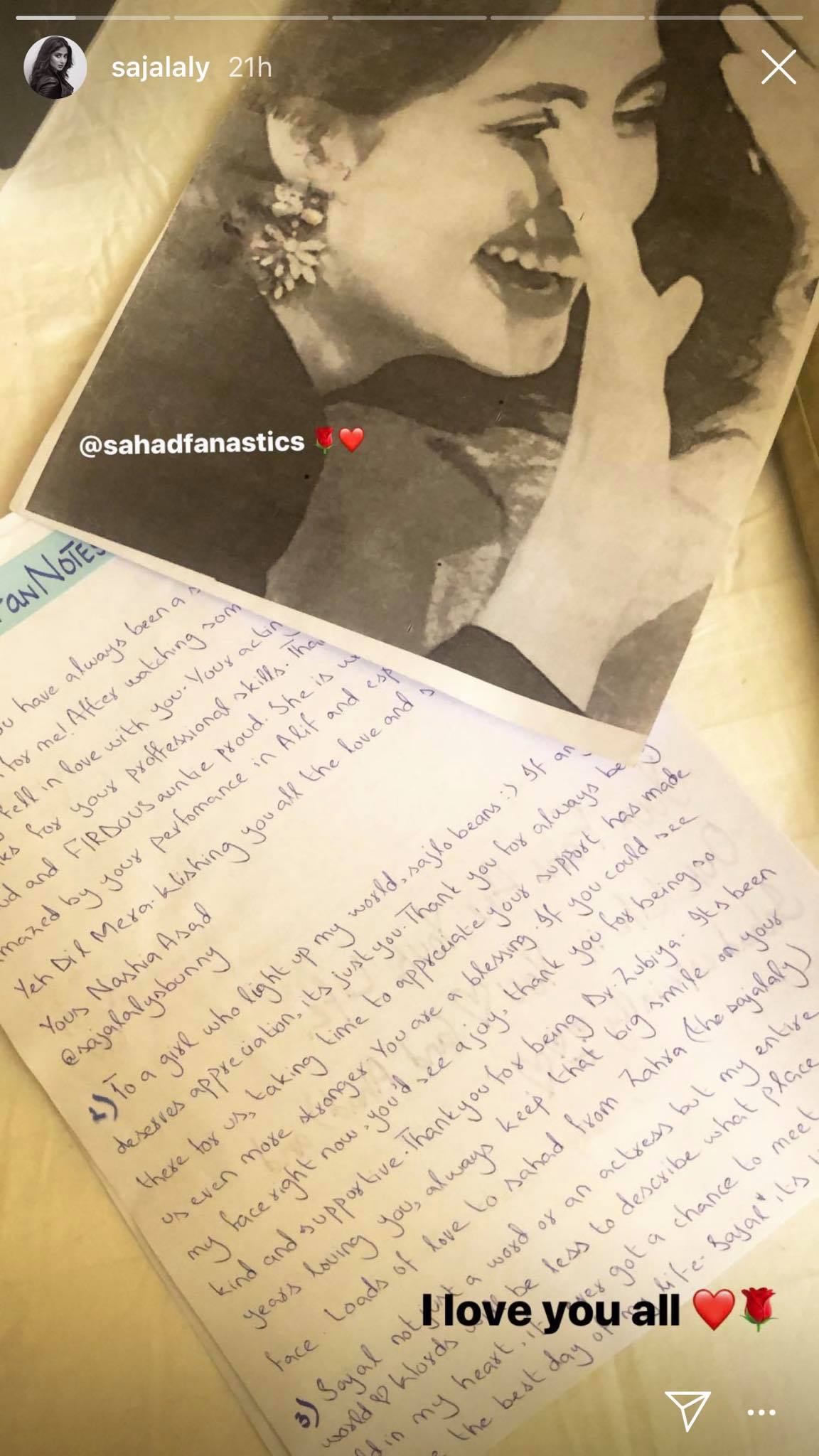 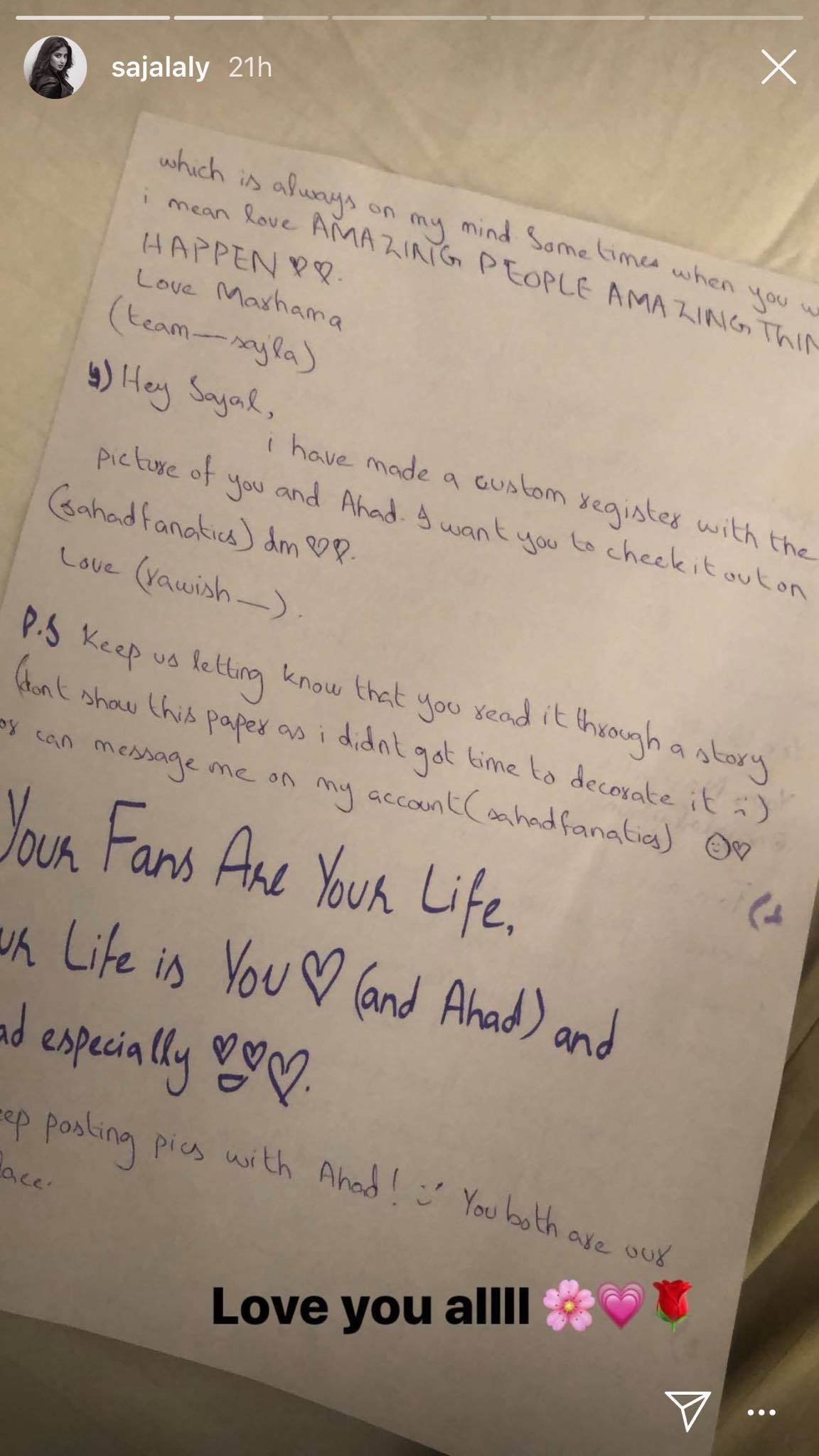 One fan went ahead in her quest to show love for Sajal that she made a custom picture book of Sajal’s pictures and her pictures with Ahad as well. One of them sent the pictures to her in DM, while the other one sent the book through mail to her.

The book consists of some of the best pictures of Aly throughout her acting career and her married life with Ahad as well.

Here is what the picture she shared on her Insta story: 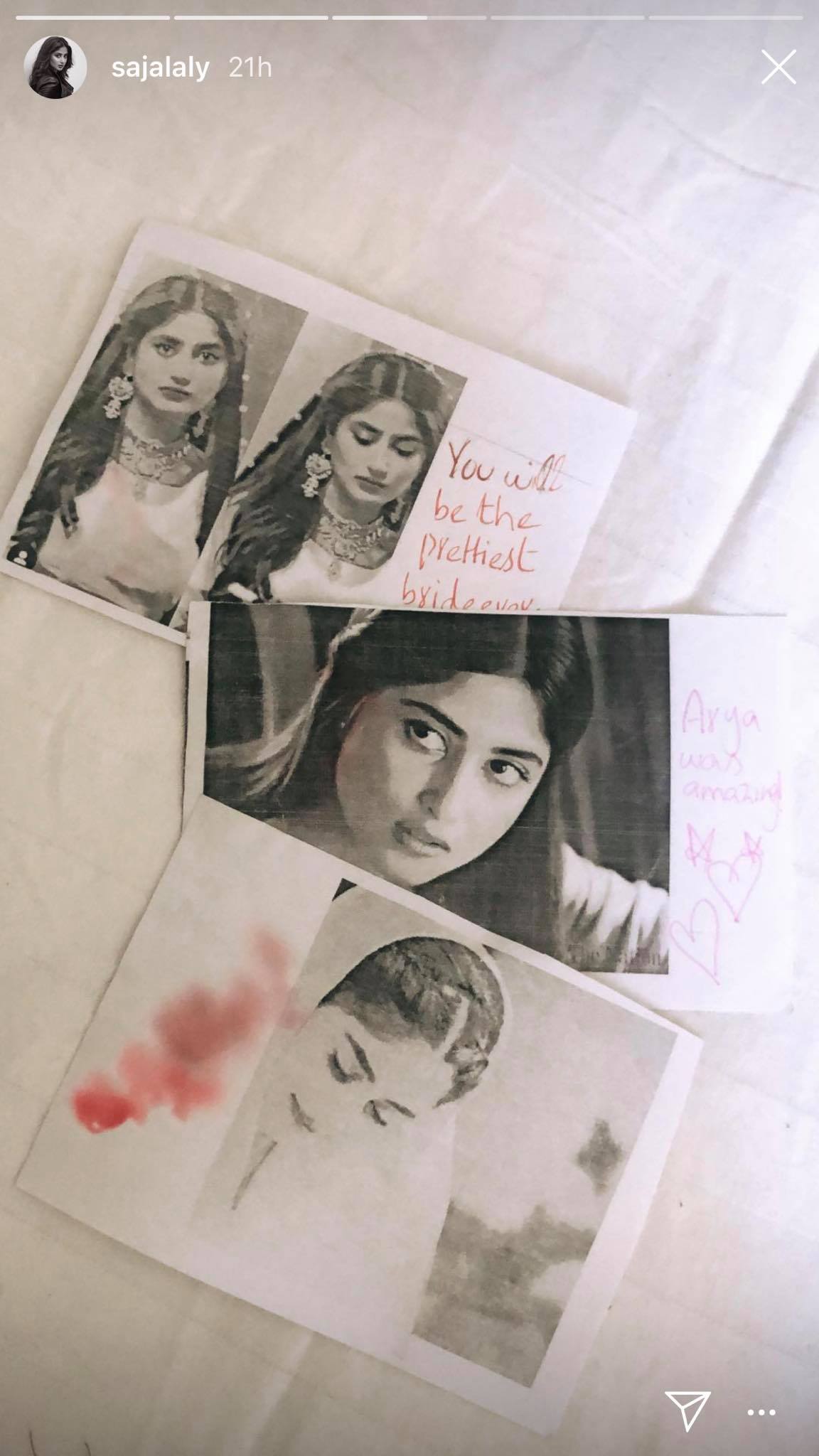 A boomerang of the custom picture book as well:

This goes on to show that people are crazy in love with Sajal Aly and especially adore her couple with Ahad Raza Mir. Not just this, but the Yaqeen Ka Safar actor herself goes out of the way to show that she shares their love and appreciate them for it. If you follow her, you will regularly see her reposting fan collages, stories, videos, and artworks. She not only reposts them but thanks them personally too.

Celebrities are what fans make them. Sajal Aly has proven that she is what she is today because of these fans who not only appreciate her but shower her with love every chance they

Kainaat Maqbool
A strategic and content marketeer, Kainaat has been working as a writer and content consultant for over 6 years. When she isn't writing or making marketing strategies, she is teaching people to do the same.
Share
Facebook
Twitter
Pinterest
WhatsApp
Previous articleIndian firing leaves three more Pakistani civilians injured
Next articleNA passes ‘The Anti-terrorism (Amendment) Bill 2020’

FO thanks US for inviting Pakistan to Summit for Democracy