As many as 172 suspects named in the Joint Investigation Team (JIT) report regarding Fake Bank Accounts Case have been barred from travelling abroad as the federal government has put their names on the Exit Control List (ECL).

The initiative was taken in light of the Federal Cabinet’s decision at its meeting on Thursday after the JIT formed by the Supreme Court of Pakistan in September 2018 to probe Fake Accounts submitted its report in the Apex Court on December 24.

However, the Pakistan People’s Party (PPP) leadership termed the JIT report a pile of lies and said that they don’t fear if their names are placed on the ECL. 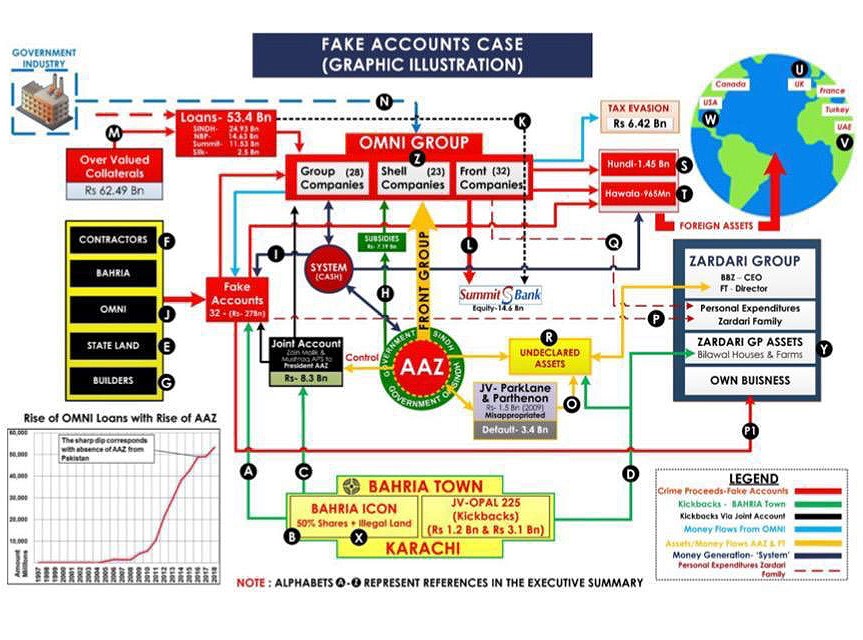 Mati
Mati-Ullah is the Online Editor For DND. He is the real man to handle the team around the Country and get news from them and provide to you instantly.
Share
Facebook
Twitter
Pinterest
WhatsApp
Previous articlePTI, PML-Q to jointly cope with negative propaganda of opposition
Next articleAzerbaijan-Pakistan relations guided by principles of mutual support & understanding: Political Analyst Ali Hajizade