Ayeza Khan has always been so stunning and she never fails to impress her fans. Take a look at these clicks!

Ayeza Khan has always been so stunning, and she never fails to impress her fans with any of her projects. Whether it is about dramas or photoshoot for different brands, Ayeza always carries grace while spellbinding everyone. She is gorgeous and has a smile that strikes your heart in just a moment. Moreover, she is a family-oriented wife and a mother who values to give time to her kids and husband. We have been sharing her attractive photoshoots for several brands since the beginning of 2020, as she ensures to win the heart with each look she dolls up in. Here we have another from the latest photoshoots of Ayeza Khan in which she is flaunting red attire with heartwarming expressions while owning the project. Have a look at these stunning clicks!

Check out this latest photoshoot of Ayeza Khan in which she is wearing a finely designed fancy red attire by Maryam Hussain. This attire seems like making a comeback for lengthy open-shirt fashion. The light sprinkle of embellishment has added up to the elegance of this dress. Ayeza has captioned this photoshoot as one of the favorites. Take a look! 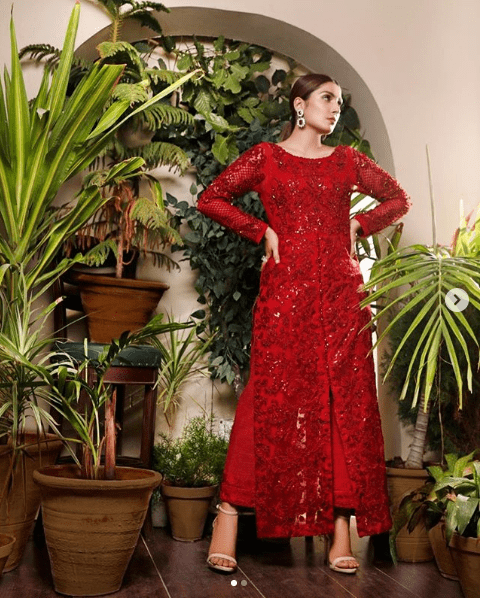 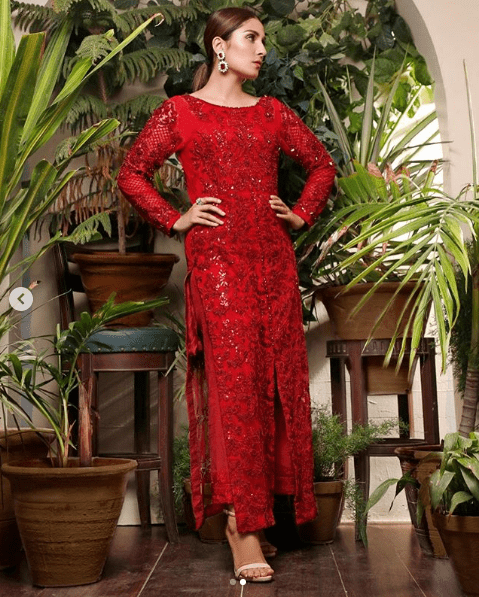 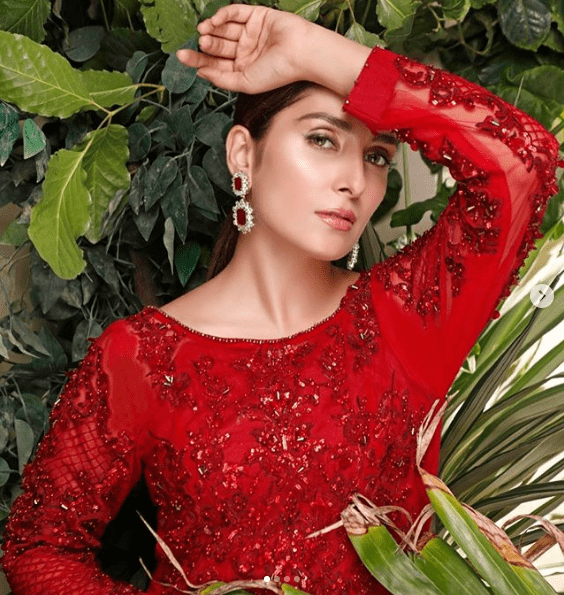 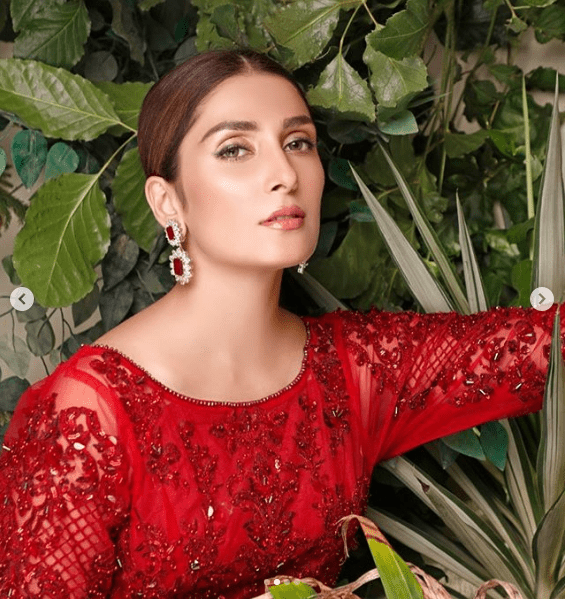 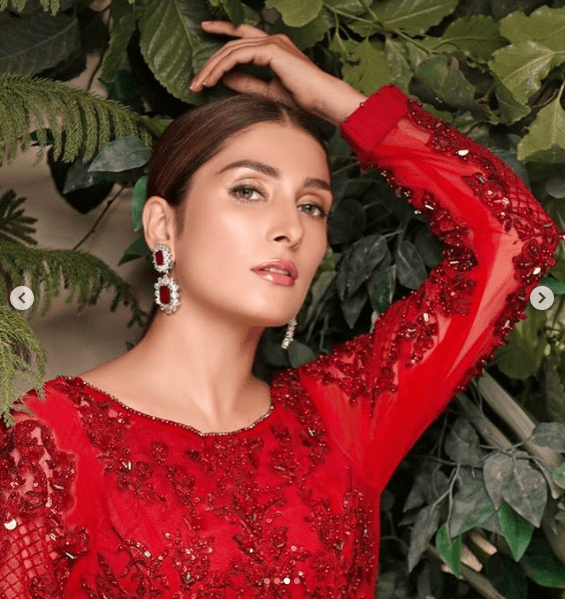 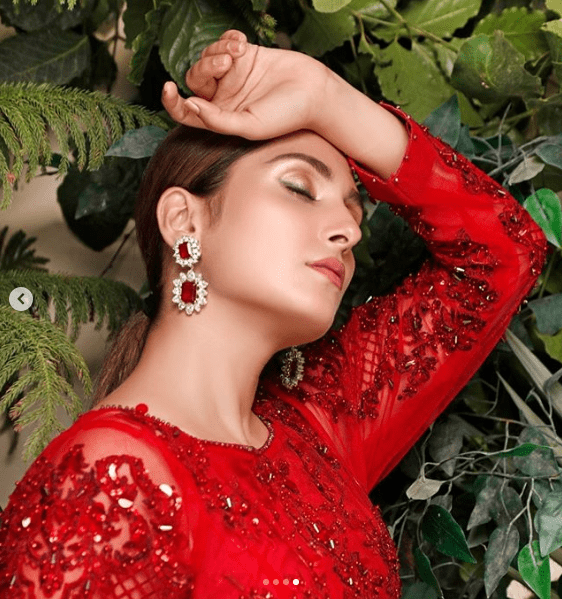 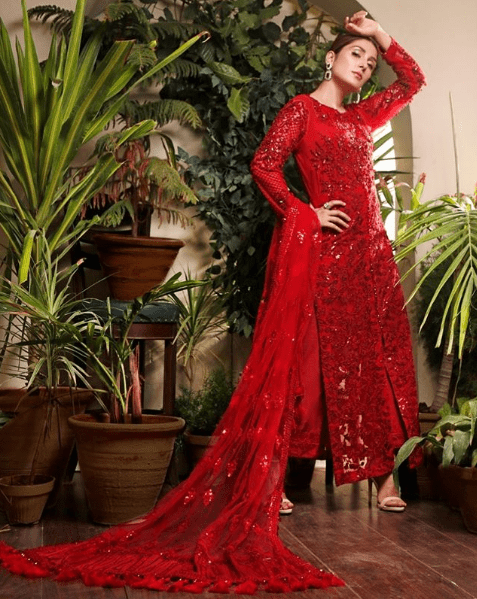 A few people know that Ayeza’s real name is Kinza Khan, and she is known by her stage name Ayeza Khan. She was born on 15 January 1991.

She also received a great commendation for her portrayal as Mehwish in Mere Paas Tum Ho. Ayeza is the recipient of several awards, including the Lux Style Awards, Hum Awards, and Pakistan International Screen Awards.

She is married to a famous actor and hosts Danish Taimoor. The couple has two kids, a daughter, and a son.

Wardah Farooqi
Wardah Farooqi has been working as a writer for 6 years. She also worked at Dunya News, Live Pakistan Magazine, and numerous local as well as international platforms. When she isn't writing, you can find her assisting people in bringing out the best!
Share
Facebook
Twitter
Pinterest
WhatsApp
Previous article
Indians Are the New Face of the Islamic State, says US Magazine Foreign Policy
Next article
Weekly Roundup of the US Election 2020
Share
Facebook
Twitter
Pinterest
WhatsApp