Armeena Thinks Yasir is Being Subjected to Online Harassment!

Yasir Hussain has always been considered controversial about his statements over certain issues.

Yasir Hussain has always been considered controversial about his statements over certain issues. Whether it is about showbiz industry, brands or celebrities’ personal life, he has always spoken out on social media with some attention seeking remarks.

What Yasir has done recently?

The popular actor and host Yasir Hussain‘s recent statement against local brands about giving opportunity for ambassadorship to Turkish stars has faced great backlash. A divide has been observed among celebrities from Pakistan showbiz industry over Yasir Hussain’s statement as some of them have supported his perspective while others didn’t agree to it.

The celebrities who were either in support or not to this statement took it to social media to express their views in this regard and here is what Armeena Khan said.

Armeena Khan’s Statement to Save Yasir Hussain from Trolls

Armeena Khan took to Twitter to call out the trolls defamatory against Yasir and said that he is receiving unnecessary criticism for expressing his opinion.

She said, “I believe Yasir Hussain is being subjected to online harassment and bullying. I know he’s a public figure but some of the comments I’ve read are just depraved and downright evil!”

While adding to her statement she further wrote, “Calling him and his family disgusting names and wishing ill over a TV show is below the belt! Stop it now.”

What’s the background of this matter?

Recently, QMobile, which is a leading mobile company in Pakistan, announced that Esra Bilgic, who is playing the lead role of Halime Sultan in most popular Turkish series Diriliş Ertuğrul, has been confirmed as the face of their upcoming campaign.

This news didn’t went easy to digest for actor Yasir Hussain and he put up a post on Instagram against local brands working with foreign public figures.

Here is what he said: 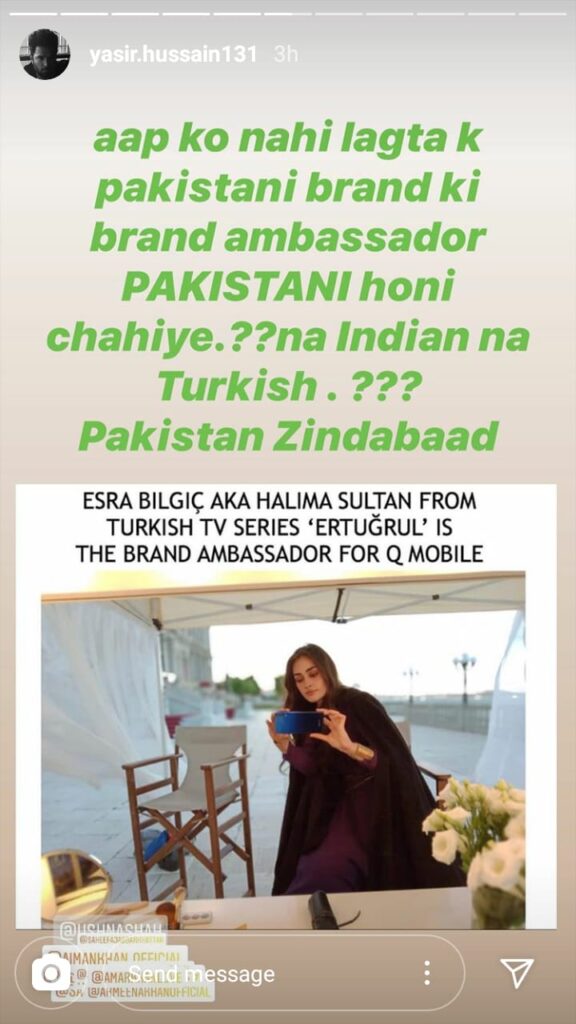 Yasir’s Wife Iqra Aziz also had to say something!

So mincing no words, Iqra Aziz, Yasir Hussain’s wife also stepped forward and conveyed a message to fellow celebrities from industry and said that, “Everyone has an opinion and they have the freedom to share that, we as actors shouldn’t go around pointing fingers at each other.” 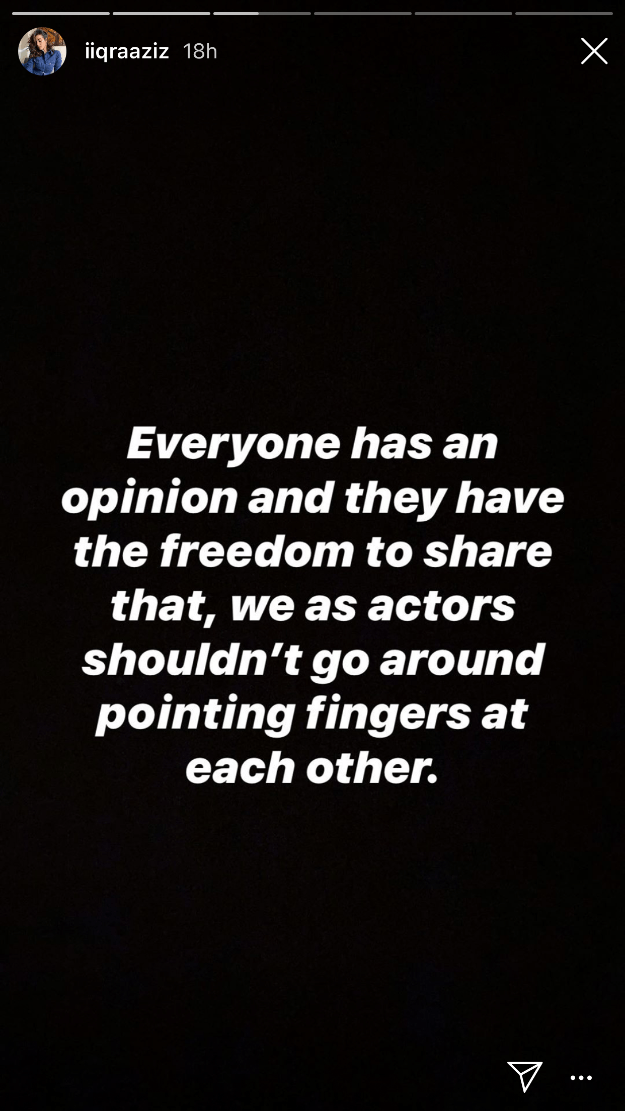 Wardah Farooqi
Wardah Farooqi has been working as a writer for 6 years. She also worked at Dunya News, Live Pakistan Magazine, and numerous local as well as international platforms. When she isn't writing, you can find her assisting people in bringing out the best!
Share
Facebook
Twitter
Pinterest
WhatsApp
Previous articleShehzad Arbab visits Torkham Border to resolve issue of stuck up containers
Next articlePresident Arif Alvi urges transparency in electronic voting system