MONITORING DESK: Senior Pakistani journalist Arshad Sharif was shot dead on Sunday night along the Nairobi-Magadi highway in Kenya in what police termed as a mistaken identity.

Kenya’s media outlet Star reported that Arshad Sharif was shot in the head and killed by police after he and his driver allegedly breached a roadblock that had been set up to check on motor vehicles using the route.

They were driving from Magadi town to Nairobi when they were flagged down at a roadblock being manned by a group of police officers, police said.

The Police Headquarters said that Independent Policing Oversight Authority will take over the case.

A senior police officer confirmed the shooting and added a comprehensive statement will be released later.

“We had an incident of shooting which turned out to be a case of mistaken identity involving a journalist. We will release more information later,” the officer said.

Source said Arshad Sharif was there for investment in real estate, and along with his driver were going to see a location for purchasing a property

The police said that at the roadblock, there was a call for police to intercept a car similar to the one they were driving following a carjacking incident in Pangani area, Nairobi where a child was taken hostage.

And a few minutes later, Arshad Sharif’s car emerged at the roadblock and they were stopped and asked to identify themselves.

They allegedly failed to stop and drove past the roadblock. This prompted a brief chase and shooting that left the journalist dead. Their car rolled and his driver was injured and taken to hospital.

The driver later told police the and his slain colleague were developers and were headed for a site in Magadi.

Source said that Arshad Sharif was there for investment in the real estate, and along with his driver were going to see a location for purchasing a property.

It was reported to Magadi Police Station vide OB 14/23/10/2022 at 22.00hrs that along Kuenia Farm/Kamukuru Marram a shooting incident involving GSU officers had occurred and one Pakistani national namely Arshad Mohammed Sharif aged 50 years had been fatally shot while he was been driven in a motor vehicle registration number KDG 200M along that road when the deceased and his brother Khurram Ahmed were driving back to Nairobi. 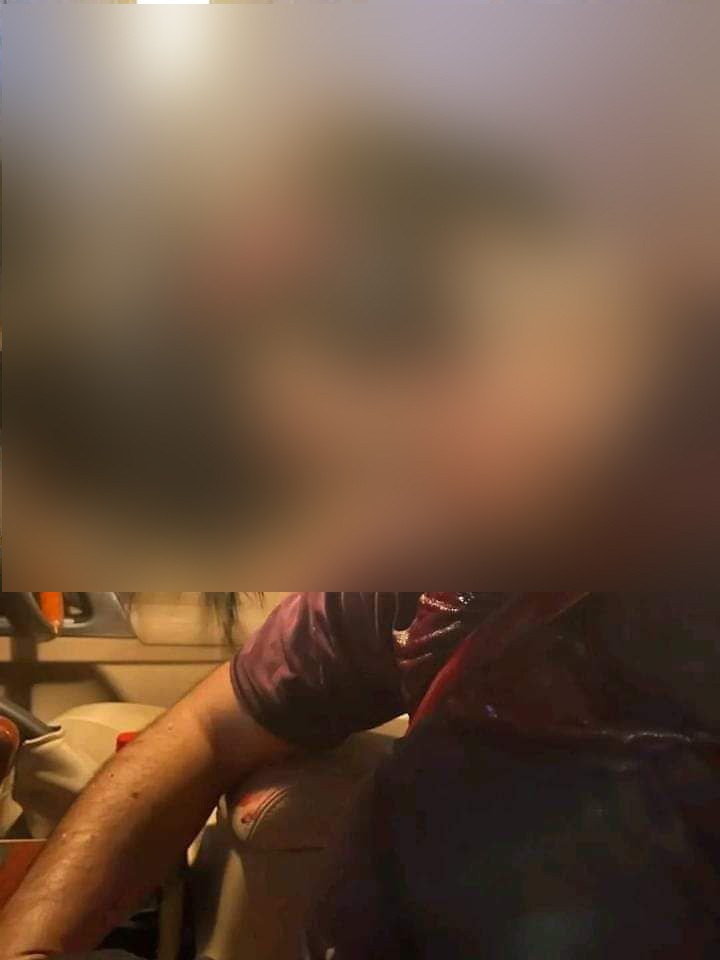 It started when officers from Dci Starehe circulated a report of theft of a motor vehicle/abduction vide OB 70/23/10/2022 that one Douglas Wainaina parked his motor vehicle registration number KDJ 700F outside an electrical shop and left his son namely Dancan Kamau inside the said motor vehicle. On return, he found the said motor vehicle missing. He reported the said incident at Pangani Police Station where the officers located the son at Olosuritia ACK Church within Kiserian. He was also located at Kiserian dam estate and later at Olepolos Hills. The Dci officers from Starehe Subcounty alerted the OC GSU Magadi training school who acted appropriately. The scene was visited by the SCPC Kajiado West, OC Dci Kiserian and the OCS Magadi together with the scenes of crime personnel from Kajiado North subcounty. From the scene that was near Tinga Market, it was established that Kurram Ahmed and his brother now deceased were driving along Kuenia-Kamukuru rough road and before they reached the Kiserian-Magadi road, they found the road blocked using small stones and they decided to pass them. It was then they heard gun shots towards their vehicle directed from the front and rear. They did not stop and proceeded with the journey.

Khurram Ahmed called Naqar Ahmed also a Pakistani national who resides at Tinga and informed him about the Incident. He advised them to pass his place and on arrival at the main gate found his brother had died of a gunshot wound on the head which had penetrated from the back of his head and exited at the front side of his head.

The said Pakistan nationals claim that they are developers and reside in Nairobi. The scene was documented and the body was taken to Chiromo Mortuary awaiting postmortem. Case PUI.

Ann Makori – Chair, IPOA: On the Pakistan killing, our rapid response team has already been dispatched to investigate the killing of the journalist. We assure Kenyans of our full commitment to delivering on its mandate pic.twitter.com/FWz80i8lf6

Born on February 22, 1973, in Karachi, Arshad Sharif became an icon of anti-parliamentarian journalism, and his rise to journalism was allegedly linked to his close relations with the establishment. Arshad Sharif’s view that democracy is responsible for every corruption in Pakistan led him to become the mouthpiece of those who target the Constitution and Parliamentary system in Pakistan.

He was the son of the Commander of the Pakistan Navy, Muhammad Sharif who died of a heart attack at the Armed Forces Institute of Cardiology in May 2011. His younger brother, Major Ashraf Sharif died in a road accident when he was coming from Bannu Cantonment to attend the funeral of his father.

On 23 March 2019, Arshad Sharif was awarded the Pride of Performance by President Alvi for his contributions to journalism and left Pakistan recently when former Prime Minister Imran Khan was voted out from the PM Office. He was living mostly in Dubai but had been traveling to London and now died in Nairobi. He was a member of a team PTI had been comfortable with for its media promotion while working journalists call this group “paratrooper anchors”. This team includes Sami Ibrahim, Moeed Pirzada, Imran Riaz Khan, Sabir Shakar, Malheeha Hashmi, Kamran Khan, and many more who speak that PMLN and PPP are responsible for everything that went wrong in Pakistan and Imran Khan is the only clean politician of the country.