ISLAMABAD, Pakistan: To date, a total of 24,532 members of minorities including 10,700 Christians have registered themselves at Pakistan Citizen’s Portal, and 95 percent of their complaints have been resolved, a report said.

According to the report containing statistics related to the complaints lodged at Pakistan Citizen’s Portal by the Christian Community members and their resolution, in the last three years, 10,700 Christians including more than 1,300 women were registered at the Portal.

The report revealed that overall 13,430 complaints were lodged by them at the Portal and 95 percent of them were resolved.

The report said that 6,664 complainants gave their feedback with a 50 percent satisfaction rate. 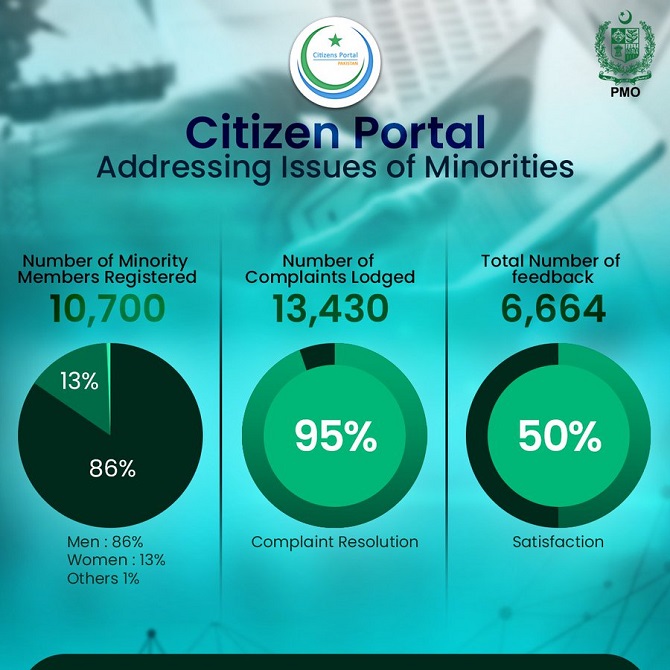 The report said that the Christian Community expressed its 100 percent satisfaction over the Sehat Insaf Card facility.

Likewise, 90 percent of the Christian Community member appeared satisfied with Agricultural Services, 79 percent with the Auditor General, 75 percent with State Life, and 72 percent with NADRA.