The Turkish drama industry has never failed to impress the world with amazing storylines, plots, screenplay, and the brilliance of actors playing different characters.

There is something special about these dramas that they are being imported to different countries and that’s the reason this industry is earning them a huge lot of revenue.

It wouldn’t have been possible without the Turkish government’s support their industry reached to such an inspiring level that they are now earning good revenue out of it.

The actors are awesome and the stories are even more inspiring that only once you get a chance to watch any episode of their series, it captures you till the last episode. 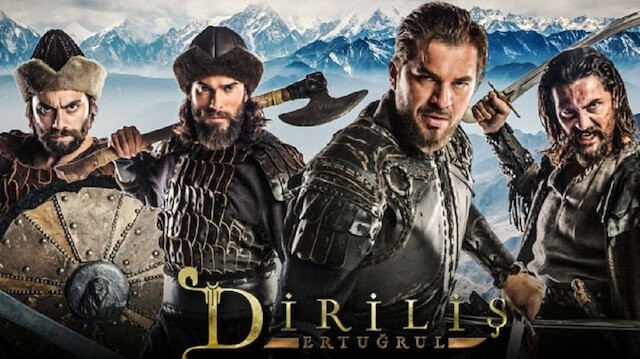 Recently, Prime Minister of Pakistan Imran Khan emphasized on the importance of watching the Turkish series Dirilis: Ertugrul which is based on true Islamic history and directed officially to dub the series and make it live on the national television.

So Dirilis Ertugrul went on-air this Ramadan on PTV and made everyone spellbound with the amazing plot of the story.

The five seasons can also be streamed on Netflix, where the show is titled as ‘Resurrection: Ertugrul.’

To summarize the story of Dirilis Ertugrul, it is the historical portrayal of the man who lives in the 12th Century and is the father of the Ottoman Empire founder Osman. The show is currently in its 5th season now, which is ongoing.

The show is finely depicted with correct Muslim values and portrays the Islamic values the way that it should be exhibited.

Here are some of the interesting facts you probably were unaware of Dirilis: Ertugrul.

If you haven’t watched the series yet, read these facts first and then enjoy watching the series.

The storyline of Dirilis Ertugrul is based on historical accounts of the rise of the Ottoman Empire previously to the establishment of the Ottoman Sultanate and eventually Caliphate.

It revolves around the character of Ertugrul, who is the father of Osman, the creator of the Ottoman Caliphate and the tale demonstrates the struggles of Ertugrul.

It shows how he emerges from a young man under the influential guidance of his father Suleyman Shah in Season One to the awe-inspiring leader in Season 5 currently airing.

According to the Engin Altan Duzyan who is actually the actor who plays the part of Ertugrul, the historical versions speaking of Ertugrul comprise of only 7 pages of sources.

These sources are preserved in Turkish Archives, within Ibn Arabi’s chronologies, in Western archives about Templars, in Byzantine’s timelines and legends.

Halime Sultan, the lead character of the series apart from Ertugrul, gave birth to Osman at the age of 67 years old as per the historical review, which is a miraculous age for childbirth.

However, in the show, she gave birth to him much earlier which is not according to the historical facts.

But this series has made viewers explore through the history of Dirilis Ertugrul so that they can differentiate between the actual facts and those portrayed in the series.

No one can take off eyes from the mesmerizing locales showed in the series where this series was made.

The interesting thing to know in this regard is that the initial two seasons of the series were filmed in the Riva and Beykoz areas of Istanbul.

The third season was shot in a new setting in Nevsehir.

The series is composed and produced by Mehmet Bozdağ and directed by Metin Günay.

The theme music is by Alpay Göktekin. Indeed they have done an amazing job as they have succeeded in capturing the audience from all over the world.

Another significant thing is that they have worked so well on a series depicting Islamic history which makes it an evergreen project for all Muslims of the world.

The choreography company, Nomad choreographs the show. Nomad was also credible for composing choreography in films such as The Expendables 2, 47 Ronin, and Conan the Barbarian.

Particular choreograph sequences were formulated for the actors, horses as well as other scenes in Dirilis.

The shooting of this story must be a good deal to go through as it is to depict Islamic history.

According to the information, 25 horses were utilized for the set, and these horses were looked after by a veterinarian.

Definitely, the originality demands high and Turkish industry has made to achieve it.

There was also a particular area akin to a small zoo that was set up for all the animals that occurred in the show. These included goats, sheep, nightingales, partridges, etc.