136,213 doctors and dentists registered with PMC in last 10 years 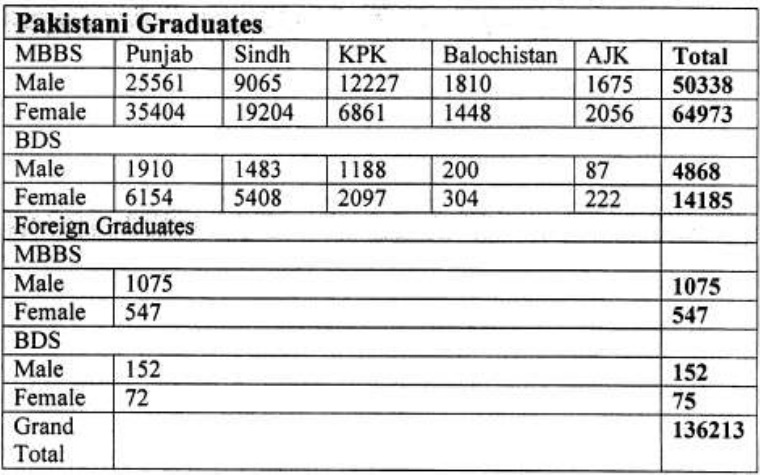 The minister also told the House that medical doctors working in federal and provincial government hospitals/ departments are entitled to get the non-practicing allowance.