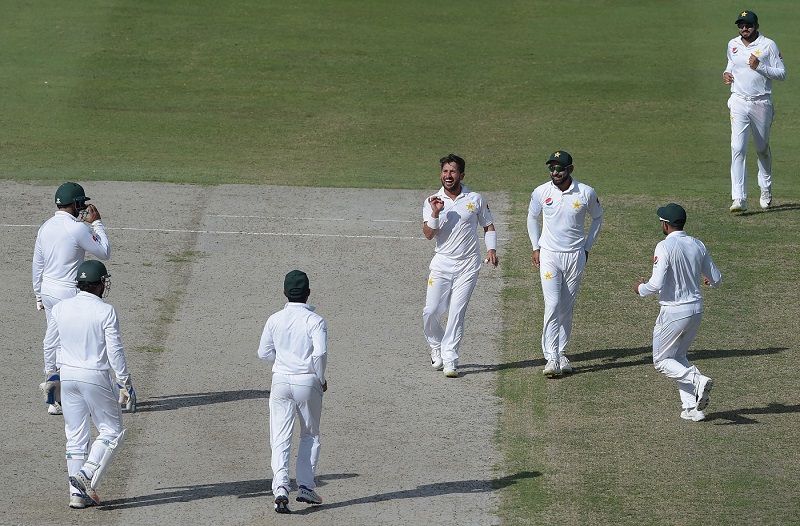 The 32-year-old leg spinner Yasir Shah took 14 wickets in the match for 184 runs, leveling the record of Pakistan’s former Captain Imran Khan who held the record of 14 wickets for 116 against Sri Lanka at Lahore’s Qaddafi Stadium in 1982.

Yasir Shah took 8 wickets in the first innings of second Test against New Zealand by conceding 41 runs and grabbed 6 more wickets in the second innings for 143. 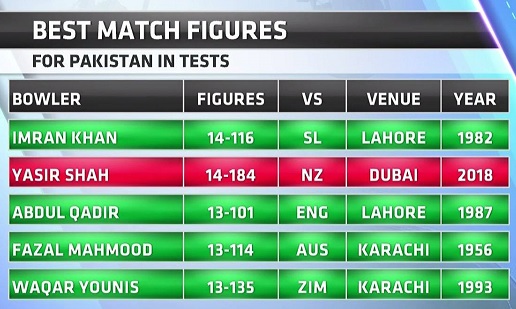 In his Test career since October 2014, Yasir Shah has taken 16 five-wicket haul and three 10-wicket haul.

Pakistan won the second Test against New Zealand by an innings and 16 runs. After being follow-on, New Zealand in its second innings was bowled out for 312 runs.

Earlier Pakistan in its first innings scored 418 for 5 before the declaration while New Zealand suffered a collapse and was bowled out for just 90 runs. Hasan Ali picked up 4 wickets in the match and Bilal Asif took 1.

The third Test match will again be played at Abu Dhabi from December 3-7, 2018.

Mati
Mati-Ullah is the Online Editor For DND. He is the real man to handle the team around the Country and get news from them and provide to you instantly.
Share
Facebook
Twitter
Pinterest
WhatsApp
Previous articleNavjot Singh Sidhu sees Kartarpur as peace Corridor between Pakistan & India
Next articleCoca Cola Turkey will invest $200 million more in Pakistan