We all know how much Yasir Hussain is smitten by Iqra Aziz. The couple is hopelessly in love with each other and they leave no stone unturned to show this PDA to the world. Especially Hussain is always over Aziz’s timeline, leaving comments, tagging her on stories, and whatnot. In the midst of this all, this time again, he has shown how much he loves Iqra but in a rather funny manner. 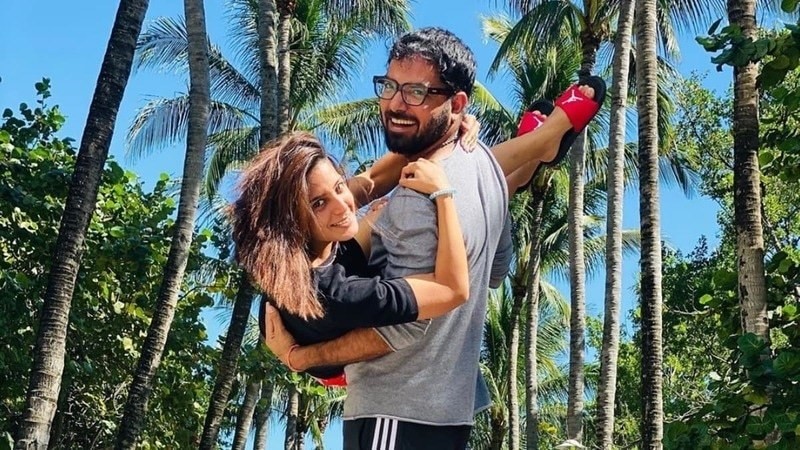 Yasir, known for his publicity stunts, actually did something cute this time that you should continue reading to know about:

This time around, Yasir Hussain in his quest to make Iqra laugh and to tell the world how much he misses his wife took to Instagram to post a funny meme and I must say this time his joke was relevant. Unlike all the other times, I do think this was a cute attempt to please his wife, and looks like it did come through. Iqra went on to reshare the story he tagged her on with the sticker “Speechless!”. So it looks like he did manage to get her wife’s attention and she did like it. Without any ado, here is the meme I am talking about: 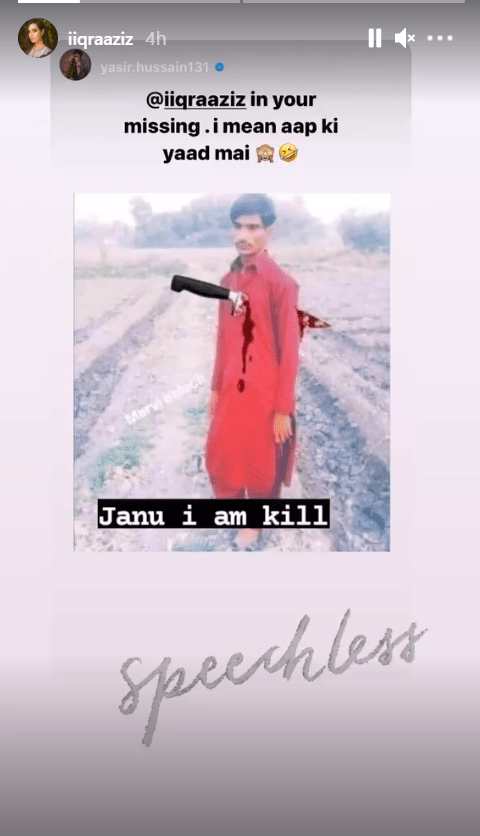 I am sure you must have seen it on social media already in one form or the other and it actually is hilarious. How Yasir used it is also fun. Other than the meme, the controversial actor typed in the story:

“@iqraaziz in your missing. I mean aap ki yaad main.”

Why Is Yasir Missing Iqra?

While the meme aside, you must be questioning why is Yasir missing his wife Iqra. Though I do not know for sure, it looks like he has been traveling inter-country for work while Iqra is in Karachi to promote her much-awaited drama serial “Khuda Aur Muhabbat Season 3”. Due to this purpose, I suppose she did not go with him, hence this funny meme to show PDA and some love.

Other than this, if there is any special reason that the two are not together and have been traveling, I am most definitely unaware of it.

What Are Iqra & Yasir Up To These Days? 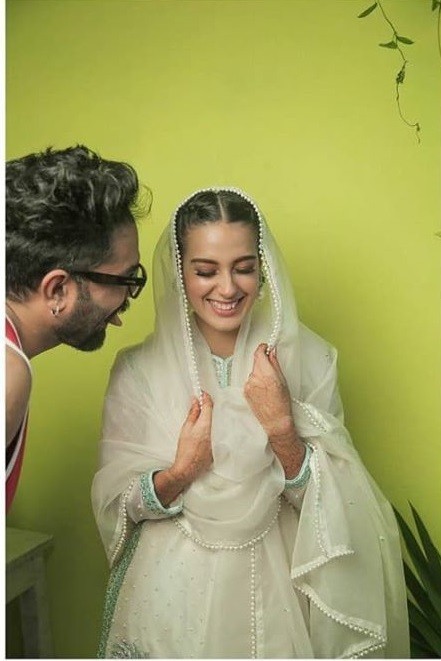 As mentioned, Iqra’s huge project these days is Khuda Aur Muhabbat Season 3, which will be airing on GEO TV soon. Other than this, her drama Raqeeb’s second episode aired on HUM TV this week so looks like there is nothing in her way right now. On the other hand, Yasir does not have any major project lined up for the TV, but he is working as a speaker for various events and I suppose this is why he is traveling around as well.

No matter what they do, this couple is cute, and I wish both of them a long life together.

Kainaat Maqbool
A strategic and content marketeer, Kainaat has been working as a writer and content consultant for over 6 years. When she isn't writing or making marketing strategies, she is teaching people to do the same.
Share
Facebook
Twitter
Pinterest
WhatsApp
Previous articleIn Pictures: Hania Amir Reusing Same Clothes For Her Vacation!
Next articlePakistan not bound by any obligations under Treaty on Prohibition of Nuclear Weapons: FO