Worst Ever Scenes of Pakistani Dramas in recent times 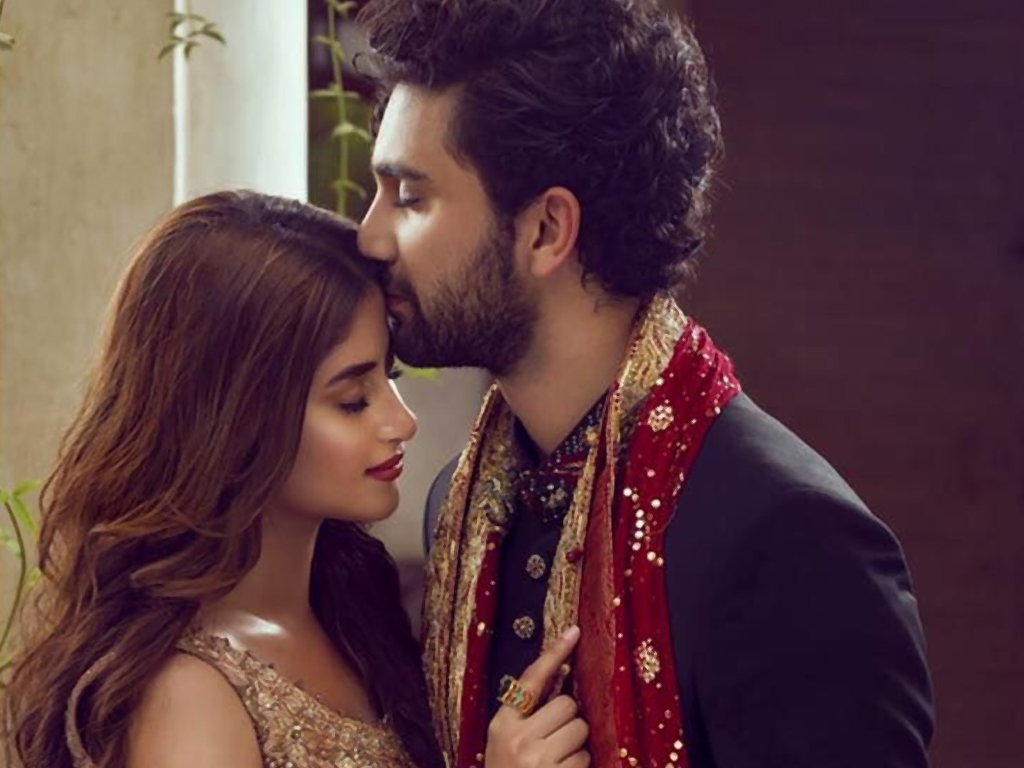 The drama industry of Pakistan has been producing different dramas in a limited period while keeping in consideration the cycle of one serial ending and the other one starting in the same slot. However, this quick production of dramas has compromised over the quality of the story, acting and flow of the play in a beaded connection to keep the all viewers intact throughout the drama. The story of every single drama is taken forward with the help of different situations and scenarios. However, there are some of the scenes from dramas which left you speechless as there is usually no sign of inserting such a scene.

Check out the worst scene from the following Pakistani Dramas

It has been observed that we are lacking on two major points i.e. the quality of a drama in terms of the flow of the story and the culture as well as norms of Pakistan. Recently, some of the Pakistani dramas have portrayed disastrous insertion of the scenes as part of a drama which has nothing to do or they were incomplete. Have a look on 10 of the worst scenes in Pakistani dramas being on-aired during this year.

The consumption of Alcohol is not practised in Pakistan and so there was no use of showing it as a casual thing in the drama serial Raaz-e-Ulfat. A boyfriend is seen offering his girlfriend a drink and she couldn’t refuse out of her love for him. The basic plot of Raaz-e-Ulfat revolves around how hard it is for a simple soul Mushk to pursue her higher education as she belongs to a very conservative family. The writer has tried to show that simple girls may fall prey to the widespread evils outside the vicinity of their homes. This scene would have been produced differently, more naturally as per the society of Pakistan. Even if it was to be portrayed that Mushk has gotten influenced by her friend Sahiba and is contemplating the freedom she enjoys, it could have been done appropriately.

Open Insulting of a Divorcee in Meherposh

The imagination of insulting a divorcee shivers one to the depth but don’t know what made the directors and producers to take this worst thing to drama. The scene is about an upset mother who only sees the innocence of her son who comes up with the most vulgar statements against a recently divorced Meher which has no stop. Moreover, Shahjahan’s mother compares Meher to prostitutes and continues to say that she is worse than them because they have certain rules and limitations, whereas Meher has none. Such a strange idea has been portrayed through this drama more likely to give an edge to prostitutes over a divorcee! It doesn’t make any sense.

Woman Blamed For All Miseries in Kahin Deep Jale

Like many other drama stories, where a woman is always considered the bone of contention and the symbol of bad luck, in this drama, Shameela was held responsible for the misery that she was putting everyone through. In this particular scene, the writer chose Hatim to be out of accusation for everything wrong he did while not even holding him accountable for the mistakes he committed.

It is very easy for the writers to put the entire blame on the women for brain feeding the men but again, why are they always shown to be the simplest people on the earth? Why woman has to be bashed every time and not the men in dramas? Hatim was never questioned for misunderstanding and misbehaving with his mother, being rude to his sister and also handing over the property to his wife Shameela blindly when she demanded it before their Nikkah.

Shaheena is your typical evil bahu in Mera Dil Mera Dushman. She has no filters and speaks non-stop so rudely without any boundaries.  During the early episodes, she was given a lot of coverage to establish the fact that she is a deceitful woman who plots and schemes but it seems the process of establishing this fact is going till the end of the drama. It is not wise to portray the worst of evil throughout the drama as it turns the story depressing. The way in this scene she just left her mother in law lying on the floor was plainly contemptible and it was such a scenario which deserved not to be aired on the TV.

The Jumping Jack of a Wife in Thora Sa Haq

Thora Sa Haq is going to end this week which is already sort of controversial drama for the people of our society following the idea of having two wives which are not at all against the religion. But we have to take out the best of negativity of everything, so it is the same in terms of this drama story. During the rivalry towards Sehar by Hareem, a strange act has been portrayed when Hareem decided to turn into a jumping jack to earn his short-lived sympathy, without even because she was putting the life of her unborn child at risk. She kept on blaming Seher that she is doing all this to harm the baby!

Frustrating Conversation between the Ladies in Yeh Dil Mera

Drama serial Yeh Dil Mera has already been dragged so much by repetitive flashbacks to the past incidents but the conversation between the two ladies Farhana Khala and Bua Ji made it the whole episode without any purpose. It was so easy to wrap up the episode fast by progressing with the story efficiently but no… they loved to drag it the best way! They were given a lot of coverage in the later stages of the drama and when they had the chance to help Noor ul Ain, they left it to the silence and were there to observe the show. Nargis and Farhana have had a lot of conversations in this drama and they have been nothing but frustrating.

Sultan Durrani gets to ruin people’s lives and has all the power at the back of his hand but it is interesting how accountability is missing from his life. He ruined Nageen’s life and then got married to Rameen only to realize that he was and still is madly in love with Nageen. His wife got pregnant, only to be pushed by Sultan so badly in the last trimester that she ended up losing her life. After getting done with it, Sultan ruined the life of another woman Nageen by making her fall apart from her husband.

Anticipating Her Father’s Death in Jhooti

Nirma is a compulsive liar. Her evil mind makes her think off lying and nothing else. The writer has shown how she has been digging her own grave but alongside, she is also anxiously waiting for her father’s death so that she can get her part in the property as per inheritance. How one can make it such a light matter to think about the father’s death in a casual way to seek the share in the property? Insane idea!

This banjh myth should be diminished from the Pakistani drama dictionary once and for all. How many times have the viewers heard of this word? It is sickening though and shouldn’t be promoted as it is no more crispy idea. Therefore, to see this word being so casually used in almost every second drama is cruel. Infertility must be taken as it is but not in a dramatic manner by calling it banjh repeatedly in every drama.

You can also check out our list of top or best Pakistani Dramas here!