ISLAMABAD, Pakistan: Pakistani and Afghan Women Parliamentarians should have a caucus to work on issues of bilateral significance and build linkages through positive interactions and collaborations.

This was agreed upon on Monday by a contingent of prominent female lawmakers in Islamabad at an inception event organized by the Centre for Research and Security Studies (CRSS). 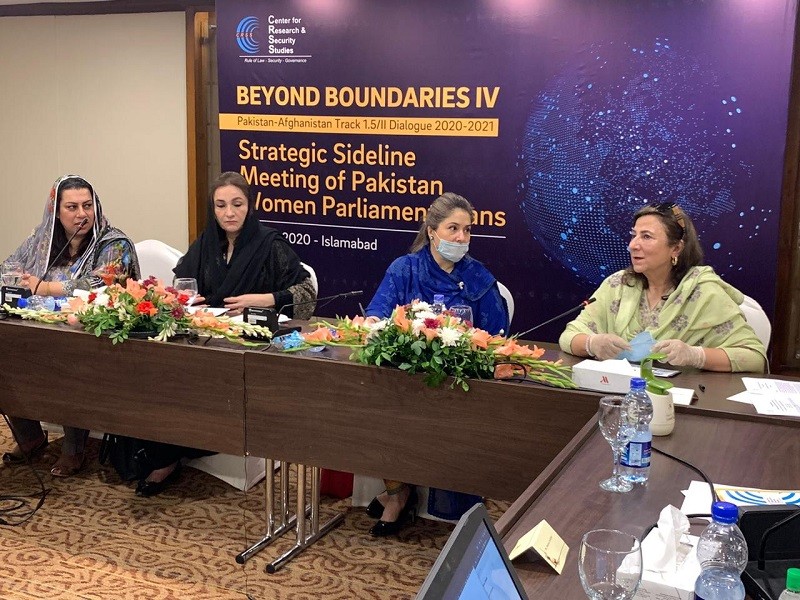 They further urged that the proposed caucus should comprise representatives from both the National Assembly and the Senate.

In order to maintain the historical record, it would be ideal to include parliamentarians who were present in the previous Af-Pak caucus and friendship groups.

Finally, the inception meeting agreed on formulating the agenda for the caucus in a subsequent moot, and to finalize it in collaboration with female Afghan lawmaker counterparts.

A similar strategic sideline meeting headed by the Afghan Member Parliament Shinkai Karokhail was held in Kabul on July 25, 2020.

The idea for forming said that caucus emerged from CRSS’ bilateral meetings as part of its Pakistan-Afghanistan Track 1.5/II dialogue and Beyond Boundaries to bring Women Parliamentarians on both sides to strengthen the people-to-people relationship and mitigate the wide trust deficit.