ISLAMABAD, Pakistan: Women journalists from different parts of the Country on Saturday called for gender audit in media houses and other decision-making bodies.

These demands were made part of the protest organized by the Women Journalists Association of Pakistan in Islamabad.

Women media persons also demanded the government to bound media owners for paying pending wages of women journalists and reinstate those who have lost their jobs during the current media crisis. 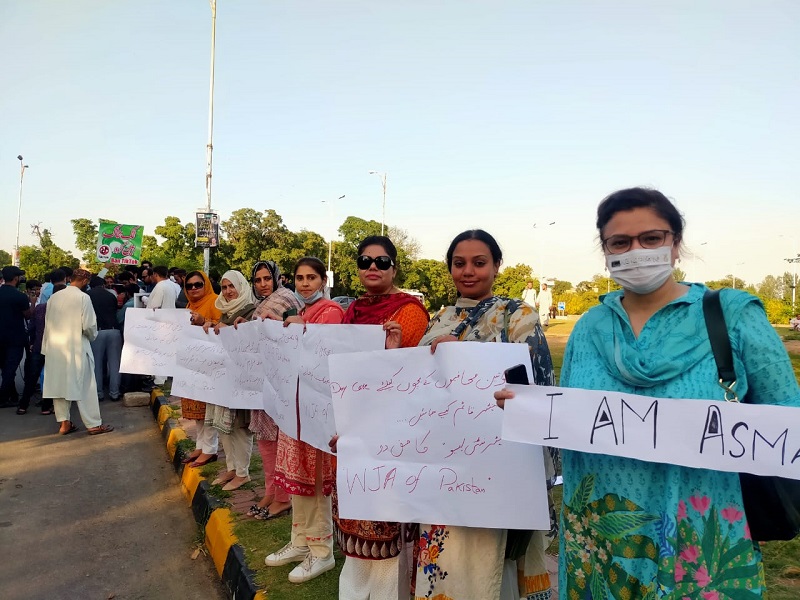 They also called for the provision of basic facilities for women Journalists at workplaces. They said that majority of women journalists have lost their jobs during the prevailing media crisis but the financial loss suffered by the women journalists has been ignored by their respective media houses.

The protesting women Journalists also suggested necessary an amendment in the law to make sure the presence of at least 33 percent women in any media organization.

They also suggested that no license or declaration shall be issued to any newspaper or channel unless they have at least 33 percent women employed as their staff members.

They also demanded a special desk to deal with online harassment cases of women journalists in the Federal Investigation Agency’s Cyber Crime Cell.

Besides that, women Journalists suggested that social media cells of all political parties be registered with the Election Commission of Pakistan (ECP) and a code of conduct should be devised for such cells.

Women Journalists also called for the establishment of sexual harassment complaint committees in every media house, union offices, and press clubs under the Protection against Harassment of Women at Workplace Act, 2010

They also called for the provision of transport facilities for women journalists, strict implementation of the law on paid three-month maternity leave for women employees, and equality in pay structure, beat distribution, and exposure opportunities.

They urged for insurance at par with their male colleagues, 10 percent quota for in working women hostels, welfare schemes and free healthcare for senior female journalists, and provision of easy house and car loans for women journalists.

Speaking on this occasion, the Convener for Women Journalists Association Fauzia Kalsoom Rana said that the government should immediately appoint the Chairperson of Implementation Tribunal for Newspaper Employees (ITNE) immediately as many cases of media persons are pending in ITNE.