Will Pakistan come back again with a bag full of empty pledges and high loans from International Conference of Geneva?

Will Pakistan come back again with a bag full of empty pledges...
Featured
By Central Desk
January 7, 2023

Islamabad, Pakistan: Islamabad had a long history of facing enormous gaps between pledges and the realization of funds whenever it went through natural calamities.

With high hopes and grave realities, the International Conference on Climate Resilient Pakistan, co-hosted by the Government of Pakistan and the United Nations will take place on 9 January 2023 in Switzerland.

After November 22, 2005, Donor Conference in Islamabad, Pakistanis celebrated a £2bn collection in earthquake aid. However, two-thirds of pledges were in the form of cheap loans, and the rest were in grant aid. Loans came in the full figure while grants and donations were recorded less than 40 percent realization. One should remember that over three million people lost their homes in the October 8, 2005 quake that killed an estimated 86,000.

Pakistan appealed for $5.2 billion for emergency relief, reconstruction, and rehabilitation and the conference was attended by over 70 donor countries, financial institutions, and aid organizations.

At that time Pakistan was facing $32 billion in debt and the then CWS Pakistan/Afghanistan Regional Director Marvin Parvez confirmed that around 68 percent of the pledges were loans. 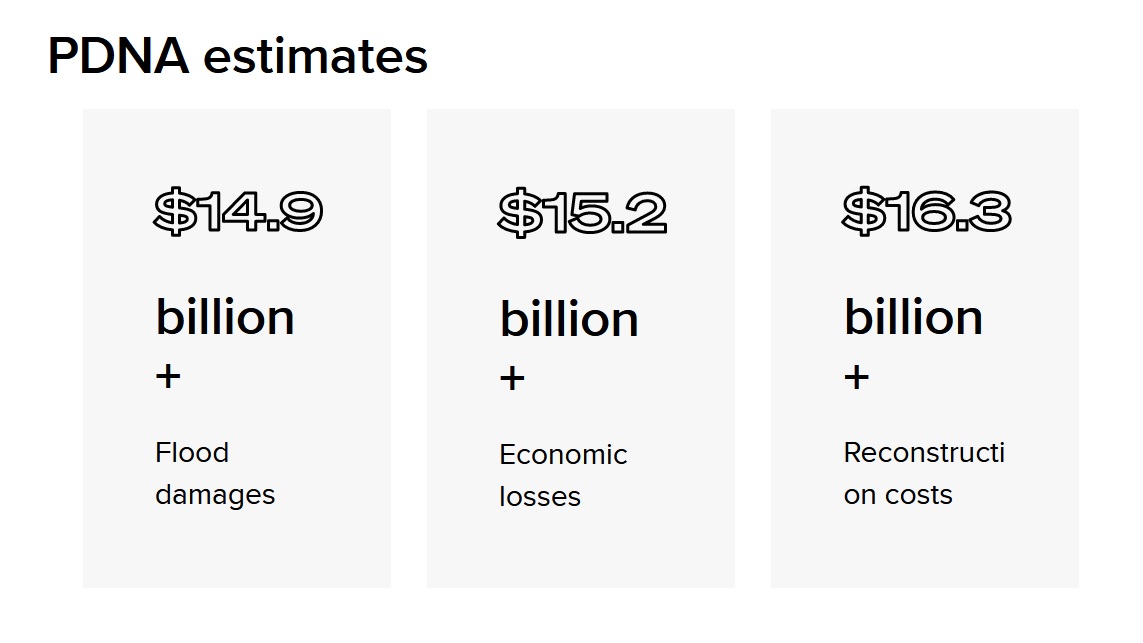 Now the situation is much more grave than ever because Pakistan’s debt has already eaten out its GDP growth and inflation has surpassed over 25 percent. Would the Conference in Geneva provide adequate cash to Pakistan for the rehabilitation of over 33 million displaced people?

Though the title indicates that the issue of global climate change will steer discussions in reference to the victim of the change which is Pakistan. However, there are chances that the issue of climate change and the responsibilities of responsible countries would not be the core of the discussion, and only floods in Pakistan will be discussed. The last appeal of the UN to help Pakistan did not bear fruits and less than $500 million is yet to be realized out of pledges. The UN called for $816 million in support to help the victims of Pakistan’s floods.

According to estimations of UN agencies, an additional nine million people risk being pushed into poverty on top of the 33 million affected by last summer’s floods in Pakistan. The global corporate sector and international non-government organizations having offices in Switzerland are expected to attend the event. A document of Resilient Recovery, Rehabilitation, and Reconstruction Framework (4RF) with a multi-sectoral strategy would be presented as per the agenda of the Conference. UN and Pakistan are trying to secure international support for rebuilding Pakistan after a flood washed away over 33 percent of the agricultural lands of Pakistan.

It is pertinent to mention that the year 2022 floods left one-third of the country submerged, about 15,000 dead or injured, and eight million displaced. Over two million homes, 13,000 kilometers of highways, 439 bridges, and more than four million acres of agricultural land were destroyed or damaged. An estimated nine million more people could be forced into poverty as a direct consequence of these floods.

Despite the economic crunch, the Government of Pakistan provided US$245 million in cash support to 2.2 million households and, with the help of international agencies and distributed tents, food, water, and medicines to the destitute and the displaced.

Pakistan is seeking the help of the United Nations system, the World Bank Group, the Asian Development Bank, and the European Union to realize a Post-Disaster Needs Assessment (PDNA) plan, which estimates flood damages to exceed US$14.9 billion, economic losses over US$15.2 billion and reconstruction needs over US$16.3 billion.