The idea of a state is based on rule of law, a set of regulations to function in a state. These regulations are considered supreme and above individual preferences, on the contrary, a state who failed to safeguard the implementation of these regulations is called a rogue state.

Realists safeguard the rule of law to avoid injustices and unrest in society. However, anarchists do not agree with state regulation and introduce a larger-than-life concept of society commonly known as utopia.

Utopia is a metaphorical state where only good exists, any chance of evil in any form, such as poverty, crime, or natural disastrous cannot occur. In simple words in a utopian state, all are happy at all given times, all are successful, all are pretty, all are well and healthy, all are wealthy, all achieve their dream, weather is fine and sunny in all the seasons, no famine, no drought, no flood, no sadness such as death and sickness.

The idea of a utopian land is a myth because in real life good and evil coincide, health and sickness walk hand in hand, and crime and punishment chase each other.

No sane mind can promise someone a utopian society, as it is against the law of nature to be on a merry go round from birth till death. Life is comprised of a course of events that juxtapose with the subjective reality of being a living being. I vividly recall a story I read in my childhood, one event of the story unfolded Lucifer being injured and was about to die when passing by priest saved him. Satan inquires why he has been saved, by not availing the best chance of getting rid of him for all time to come through. The priest replied, we both must live, and we both must face each other again and again otherwise living will become meaningless.

The phenomenon of life and attached accountability with it is the essence of life. The very idea of afterlife reward and punishment is based on the niche of being accountable. What is the point of a society where no one is accountable for his/her actions and where life and death lost their meanings?

The real societies formed by Realists do not dwell upon the unnatural hence the illogical pursuit of a perfect land. The point I am trying to make here is a comparison between Realists and anarchists. The term anarchy is derived from the ancient Greek root anarchos (without authority), denoting the absence of the rule of law or of settled government. The anarchist denounces the state and rule of law on which the state is being governed and proposes the idea of an alternate state. In history, we can find many anarchists who waged war against the state for their defined idea of a better state. The anarchist uses weapons that now can become the textbook example because of being tried and tested throughout history. Anarchist weaponry includes hate speech within the society in general and against the state institutions in particular, extreme polarization, challenging state writ, and disparaging state constitution.

The most interesting thing of all is the definition of what Anarchists think a state must be, the entire idea is based on false promises and lofty hopes. Pakistan is facing a similar situation; Imran Khan systematically indoctrinates anarchy among his cult followers. He made a social media brigade for name-calling and slurring. The abusive discourse spread hatred and widen the poles enough so he can take his second step of challenging the writ of the state by mocking its Constitution. If that night the supreme court had not intervened, he would have accomplished a major milestone of dismantling the Constitution. He was seconds away to prove that the Constitution of this state is dysfunctional and cannot save itself let alone the country. After failing in his attempt to defame Constitution he moves toward the malicious propaganda against state institutions by calling their name, by targeting them in public by instigating the public to act and react. 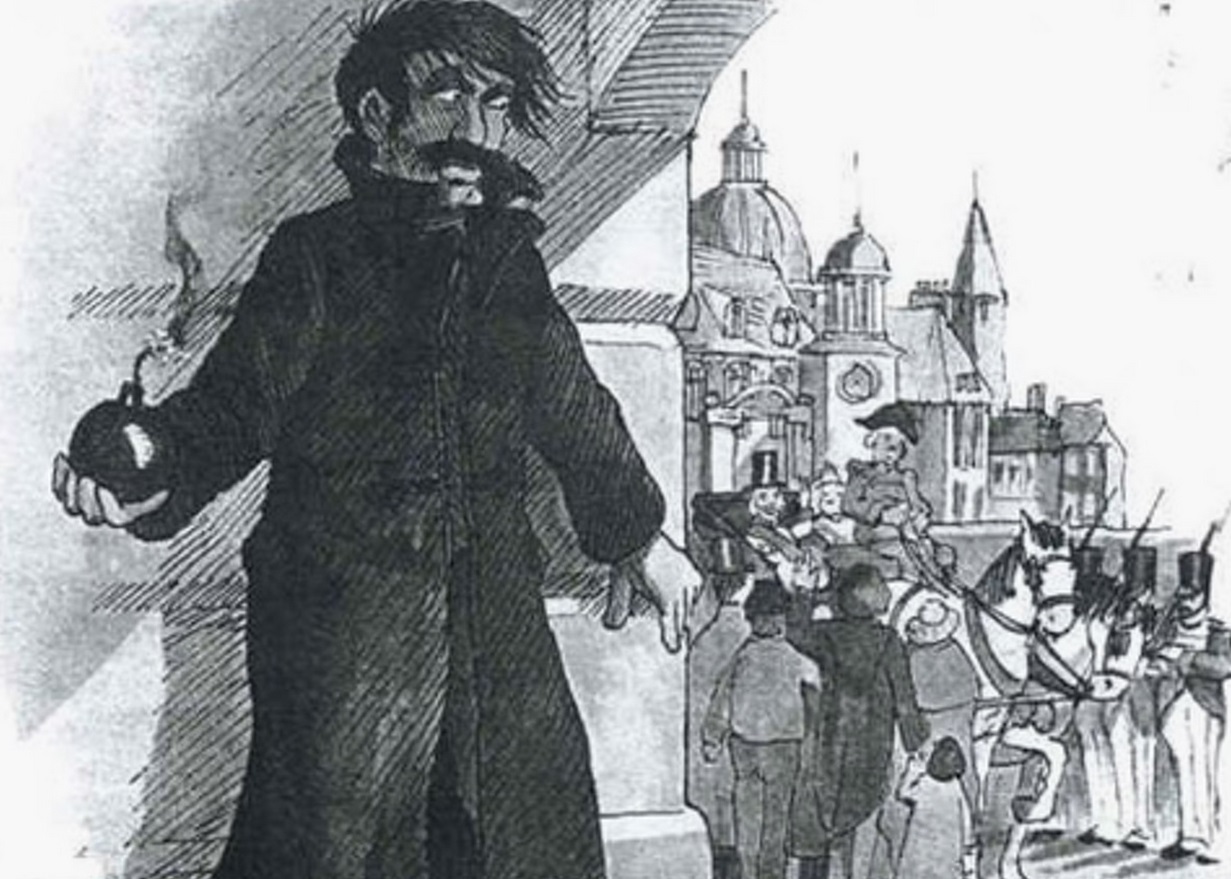 Imran Khan’s filthy diction is transforming social media into a gutter, but he is happily swimming in filth claiming he is fighting in pursuit of a Utopia. He is dragging the people and the state into confrontation, his ulterior motive is to trigger the normalcy to extant the confrontation becomes inevitable, and then he will play his next move of violence. Any small chance he is counting on to directly involves state pillars into a confrontation so he can bring out his paid thugs to loot and destroy public properties and resources. Imran Khan’s dream will be fulfilled if he by any means engage the state in direct confrontation. His ultimate desire for anarchy will be done by infusion of violence.

He might have been a perfect anarchist, he may have the biggest abuse machinery, or he may have a cult with ignorant followers, he is forgetting the ground reality he is facing in current time and space. Imran Khan is provoking the same establishment for direct confrontation who is experienced and had dealt with the situation time and again. Imran Khan’s cult cannot be more unbreachable that his predecessor anarchist who lives alone and in bad shape in London, whose comic oration was more popular than his own slapstick farce. Imran Khan is advising his followers to commit violence with clubs and sticks but we remember a mad man who lives in London who used to have pistols and guns, they made half the Karachi a no go area and made citizens’ life a hell, and his followers were more criminal-minded and more skilled in that matter. He is a history today and history has a lesson for Imran Khan, that you and your bunch of comic buffoons cannot provoke the establishment to confront you directly, you are not getting any chance to inflict violence on the population to prove to the world that there is anarchy in Pakistan and civil unrest is dangerous for a nuclear state. Imran Khan’s dream of turning Pakistan into a rogue state will be his dream forever.

The state will not confront him; the state will handle him the way it handled all the previous anarchists. Imran Khan’s all cheap tactics of abusing, name-calling, and character shaming have zero effect on the state, if that would have been the case then any self-obsessed narcissist with the promise of a fairyland to a delusional lot can create anarchy and challenge the writ of the state. No, that is not a play of a boy and states do not get affected by vomiting filth, state knows how to curb anarchy and how to avoid violence.