Assalam-o-Alaikum and Happy New Year. Thank you for joining us for the Weekly Briefing.

Let me begin with the “International Conference on Climate Resilient Pakistan”, being held in Geneva on 9 January 2023 and co-hosted by the Government of Pakistan and the United Nations. 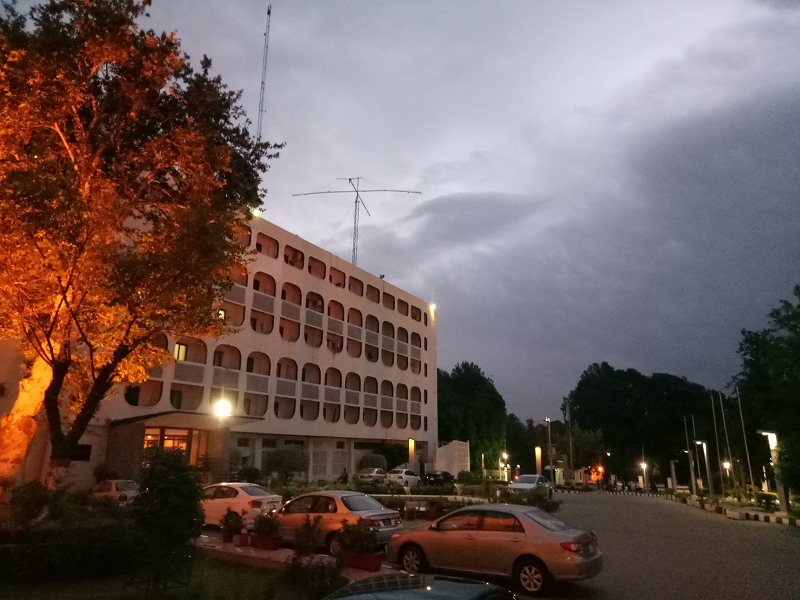 At the Conference, Pakistan will present the Resilient Recovery, Rehabilitation, and Reconstruction Framework (4RF). 4RF is a strategic policy and prioritization document of the Government of Pakistan that will guide the recovery, rehabilitation and reconstruction after the recent devastating floods in a climate-resilient manner. It draws from the findings of the Post Disaster Needs Assessment (PDNA) and presents sequenced priorities across sectors around four strategic objectives.

The 4RF document presents a policy framework, a financing strategy, and implementation and monitoring arrangements. It also includes institutional arrangements for its implementation in an open, transparent and collaborative manner with the support of development partners.


Leaders and high-level representatives from several countries and International Financial Institutions, Foundations and Funds are expected to attend the Conference, both in person and virtual format. The conference would be a demonstration of the international community’s continued support for the flood-affected people of Pakistan.

You may have seen that we have categorically rejected a series of baseless and frivolous accusations made against Pakistan by the Indian External Affairs Minister. These remarks once again reflect India’s growing frustration over its failure to malign and isolate Pakistan.

For a country that has a grandiose vision of itself and its place in the world, India’s obsession with Pakistan is unfathomable and absurd. For the last several years, India has been engaged in a malicious campaign to mislead the international community through a fictitious narrative of victimhood and vile anti-Pakistan propaganda.

India’s continued anti-Pakistan diatribe cannot hide its brazen involvement in fomenting terrorism on Pakistan’s soil; nor can it conceal the reality of state-sponsored terrorism in Indian Illegally Occupied Jammu and Kashmir (IIOJK). Instead of pointing fingers at others, India should itself end its involvement in terrorism, subversion, and espionage against Pakistan.

On the first of January at 1100 hours, in fulfillment of our legal obligations, Pakistan and India exchanged Lists of Nuclear Installations and Facilities; and the Lists of Prisoners in each other’s custody. These exchanges occur annually as per the Agreement on Prohibition of Attacks against Nuclear Installations and Facilities, signed on 31st December 1988 and ratified on 27th January 1991; and the Consular Access Agreement of 2008.

As this is our first media briefing in 2023, I would like to give a brief overview of the human rights violations in the Indian Illegally Occupied Jammu and Kashmir (IIOJK) during the year 2022.

India continued with its oppression and intimidation of the people of IIOJK. Indian forces reportedly killed 214 Kashmiris; 57 of them in custody or in fake encounters. Four individuals were killed in a fake encounter in Sidhra town in Jammu only last week. There are reports that bodies were charred beyond recognition. We call upon the international human rights machinery and organizations to take note of this tragedy.

According to available accounts, over 4,000 Kashmiris remain imprisoned in different jails of IIOJK and India. A large number of these detainees were arrested under the draconian laws in force in IIOJK such as Public Safety Act (PSA) and Unlawful Activities (Prevention) Act (UAPA).

The imprisoned APHC leader, Altaf Ahmed Shah, passed away in detention. He was incarcerated in the infamous Tihar Jail in New Delhi. He was denied timely and suitable cancer treatment. Those currently in detention are facing similarly callous treatment at the hands of the occupation authorities.

In 2002, Kashmiris were also prevented from exercising their right to freedom of religion and of assembly as the Indian authorities repeatedly prohibited religious gatherings and Friday prayers in IIOJK.

It is especially important to remember these facts as we observe the Right to Self-Determination Day for the people of Jammu and Kashmir.

On the 5th of January in 1949, the United Nations Commission for India and Pakistan (UNCIP) adopted a resolution that guarantees a free and fair plebiscite in Jammu and Kashmir to enable the Kashmiris to realize their right to self-determination. Since 1981, the UN General Assembly has adopted an annual resolution on “Universal Realization of the Right of Self-Determination” that draws international attention to the plight and the right of self-determination of peoples subjected to colonial, foreign and alien domination.

Regrettably, the oppressed people of IIOJK have not been able to exercise this right. This day reminds the international community, especially the United Nations, of the imperative of honoring its commitment made 74 years ago towards the people of Jammu and Kashmir and supporting their struggle for self-determination.

Pakistan will continue to extend unstinted moral, political and diplomatic support to the people of Jammu and Kashmir in their quest for self-determination in accordance with the relevant UN Security Council resolutions.