Ever since the release of Waar, somehow we all wanted a sequel of the movie. Waar is considered as a movie that changed Pakistani cinema in a positive way. Yalghaar was touted as one of the biggest films to come out of Pakistani cinema in last 3 years. The movie Yalghaar is all about paying homage to the brave soldiers of Pakistan by highlighting the bitter truth of war on terror and how it affected the families that were involved. The film has featured all the top artists of Pakistan such as Shaan Shahid and Humayun Saeed together. However, the movie is getting mix reviews and according to some people on social media, they have reported the movie as a disappointment.

The movie opens with Col Asad (Shaan Shahid) leading a mission alongside Capt Bilal (Bilal Ashraf), Capt Umair (Umair Jaswal) and a few others. The first twenty minutes were executed so amazingly that it had raised the expectations of the viewers. However, the last 20 minutes of the movie were quite emotional.
Considering the top notch artists featured in a movie, it’s always a challenge for the director to do justice with everyone’s role. 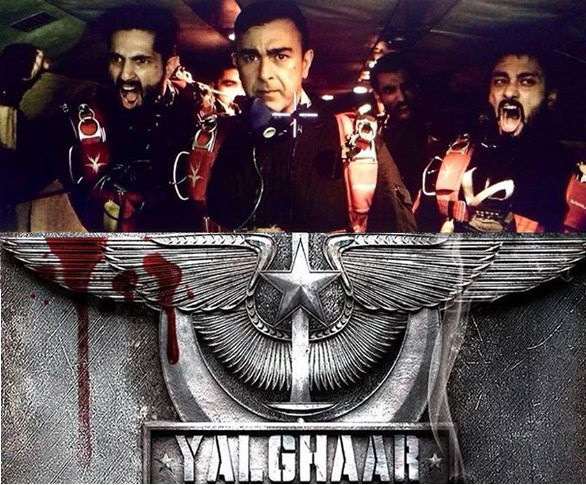 If we talk about the music then the music is quite wonderfully done along with the background/title music Yalghaar is well put.  It’s a well-known statement that directing, writing and producing a film is not an easy job and we have noticed that somewhere Hassan Waqas Rana couldn’t deliver the three jobs properly. Considering that he also had an acting role in the movie, so it didn’t make things easier for him. I don’t get the fascination with the English language. Yes, ‘Waar’ worked at the box office but that’s for many other reasons, I hope we let go of our fancy with the language after this one.

“I don’t get the fascination with the English language. Yes, ‘Waar’ worked at the box office but that’s for many other reasons, I hope we let go of our fancy with the language after this one.” stated by GalaxyLollywood.

Note: The review of the movie Yalghaar is a guest submission and the official review will be posted later.

Mati
Mati-Ullah is the Online Editor For DND. He is the real man to handle the team around the Country and get news from them and provide to you instantly.
Share
Facebook
Twitter
Pinterest
WhatsApp
Previous articleAny attempt to equate peaceful indigenous Kashmiris’ struggle with terrorism is ‘unacceptable’: Pakistan
Next articlePakistan asserts its credentials to become Nuclear Suppliers Group’s member