The much-hyped event that saw the semi-finals and finals of the tournament, was held at the Clock Tower in Karachi.

Among the 50+ teams that battled over the last month, VRNoobz emerged victorious at the end, winning the title of the first-ever Red Bull Campus Clutch Pakistan Champions.

Out of the five-player teams comprising of students from several universities across Pakistan, three reached the semi-finals: Flex Esports, VRNoobz, and Portal Esports. 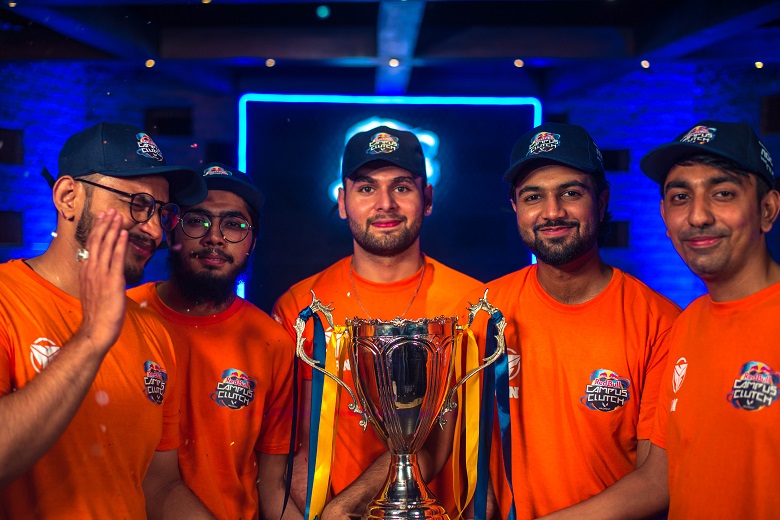 The national final saw the top two Valorant teams in Pakistan fight it out and, in the end, VRNoobz took the victory home. With Portal Esports as the favorite, the result was a surprise as the underdog VRNoobz, with all their valor, pushed through and conquered the Valorant battlefield.

Haseebof VRNoobz said, “To be honest, I felt we were the underdogs for the first time in our lives. I knew it was difficult for us to win but it wasn’t impossible. There were issues but our mentality is to never give up. Now everyone has seen what we can do.”

He said they are now excited about the next step and determined to outperform everyone again in the regional finals where they will compete against other countries. “We can’t take it easy when it comes to the regional finals. It’s a bigger responsibility. So far, it has only been within Pakistan. Now it’s onto the next level, and we aren’t just representing ourselves, but our flags too. And Insha Allah, we’ll make everyone happy.”

Over 100 players competed in the tournament since the qualifiers last month and represented their universities such as Bahria University, SZABIST, Iqra University, IoBM, and so many more.

With the rise of Valorant in Pakistan, Red Bull Campus Clutch provided a platform for student gamers to form teams showcase their tremendous skills on the virtual battlefield.

Now that VRNoobz has made history as the first-ever Red Bull Campus Clutch Pakistan Champions, they move on to represent their university campuses as well as the Country in the regional finals.

No peace in South Asia until Kashmir issue is resolved: FM Qureshi