The communist experience for Czechoslovakia was no different from any other communist oppressed area, the only difference is Czech land has shown from their history, that they possess a marvelous ability of co-existence and survival.

Their resilience toward their language and culture always make them a part of an oppressed system and somehow it always worked for them, a kind of trade-off; lets us keep something off us and we will accept something of yours, no open battles, no vigilante underground armed cults, and no mass killing. Their tactical maneuvering could be arguable for some but in the end, Czech lands manage to save their identity, which is most important to them. 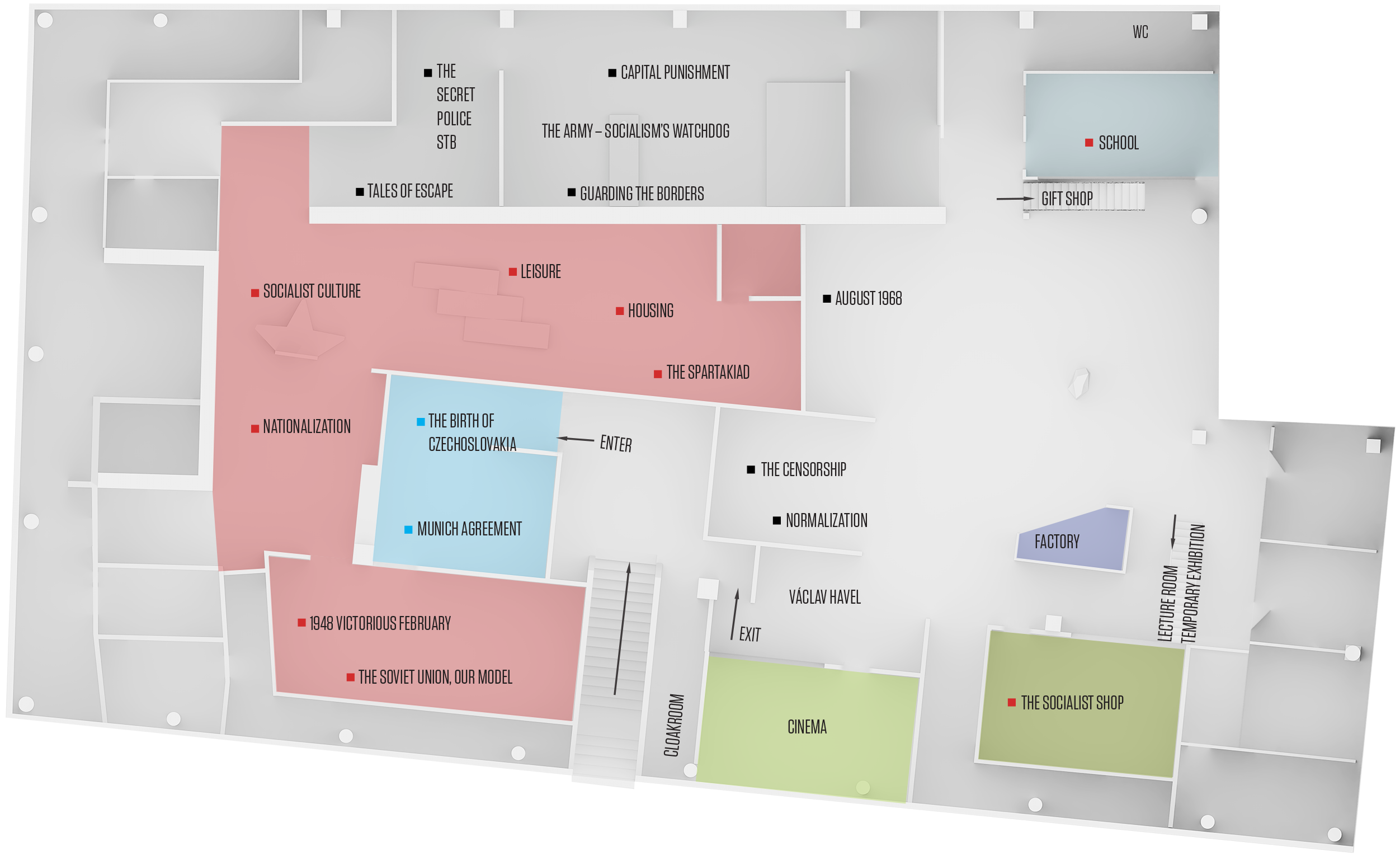 The weapon which works for them perfectly throughout their history is  “Art” and in exchange, they give the Art god-like importance, they worship art, and they acquire perfection in their methods of worshiping. As a nation not being able to or believing in armed resistance; in both cases, they retaliated through art, and it worked. 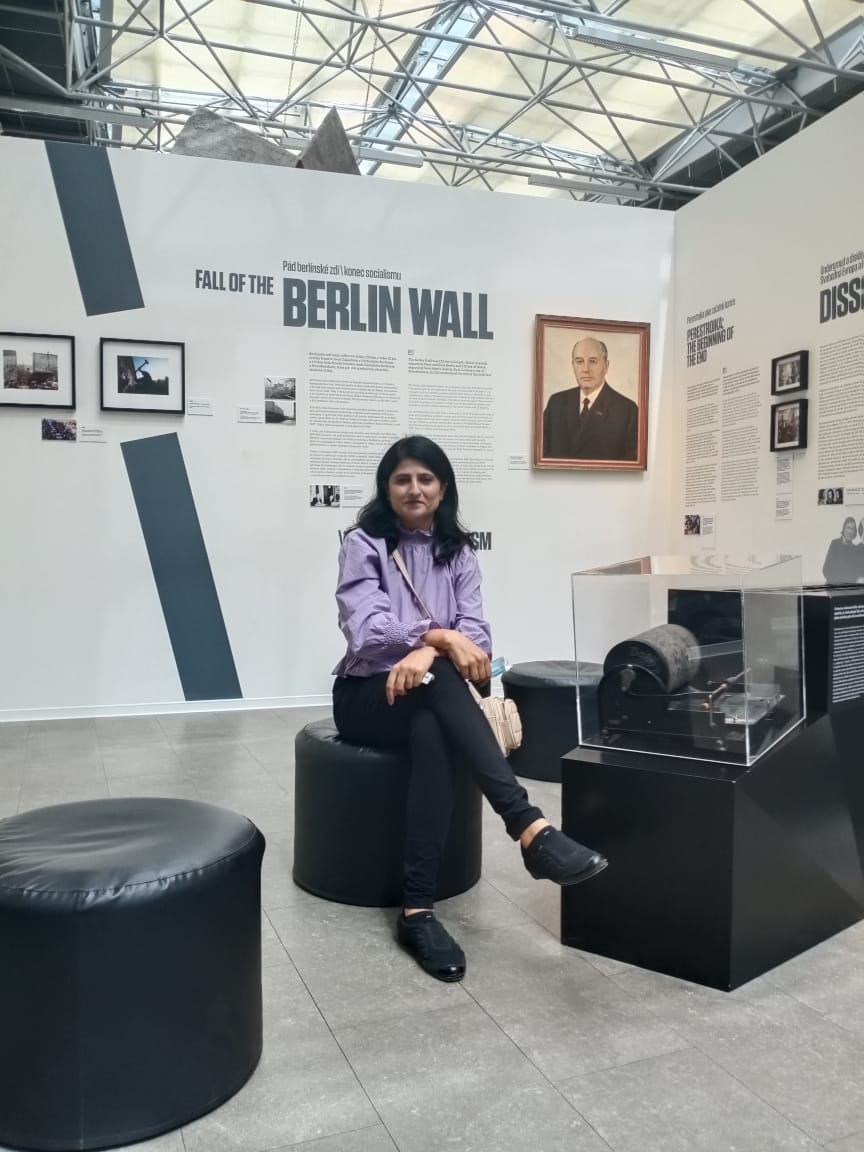 Literary work of art, performing art and fine art discover new dimensions in Czechland like no other place, always in search of an alternative medium which cannot be reprimand by the oppressors of the time that give space for massive experimentation, from the Holy Roman Empire to Austro-Hungarian Empire and later under Soviet Bloc, Czechs did all types and forms of innovations in art form. Which not only help them to survive but also help the art to strife and reach the pinnacle which traditional formation could have never been.
You can find thousands of unspoken tales of the horrific era of Communism in Czechia lands and thousands of documented work is also available. However, for a traveler, it is difficult to feel and get the pulse of what Communion was for the Czech people. Yes, there is one place in Prague where a traveler, a tourist, or a student can find an ambiance of what Communism was actually for Czechia. 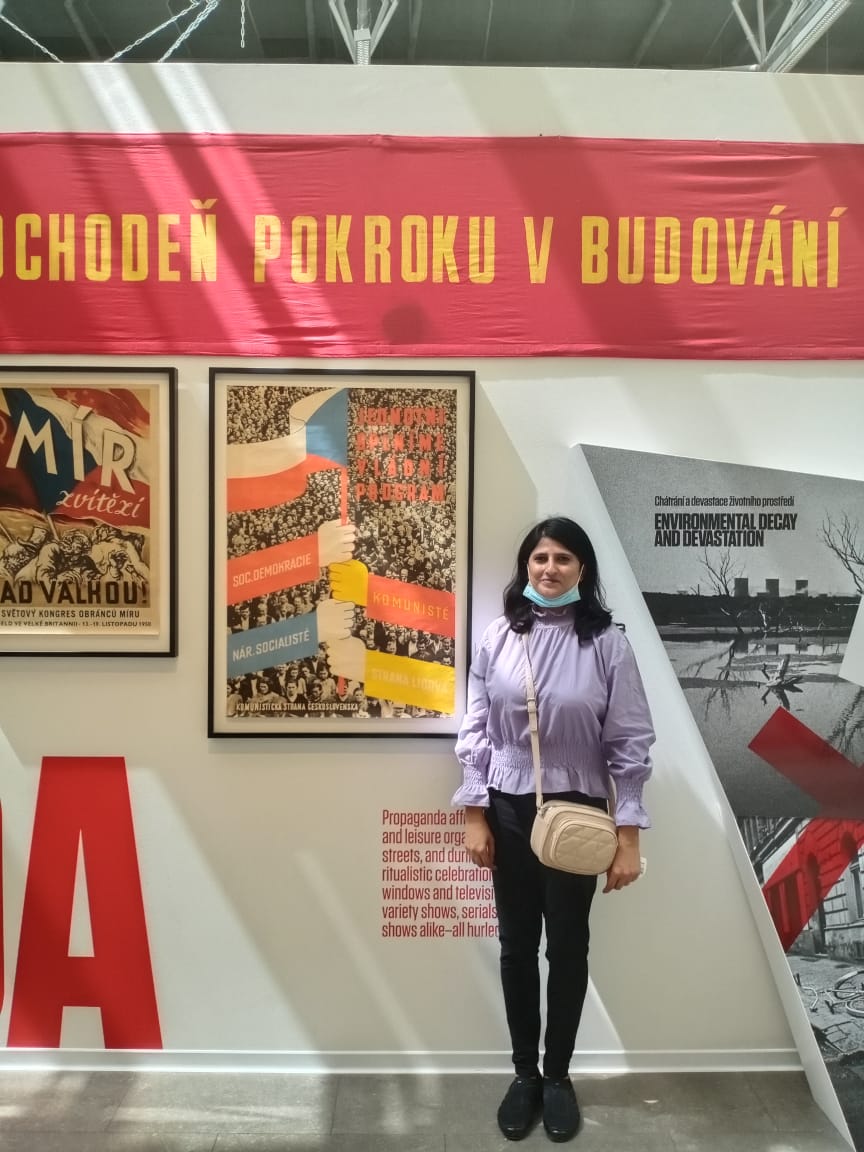 This place is the “Museum of Communism” Prague.
The museum was founded by Glenn Spicker, an American businessman who spent $28,000 on buying 1000 artifacts and commissioned documentary filmmaker Jan Kaplan to design the museum. 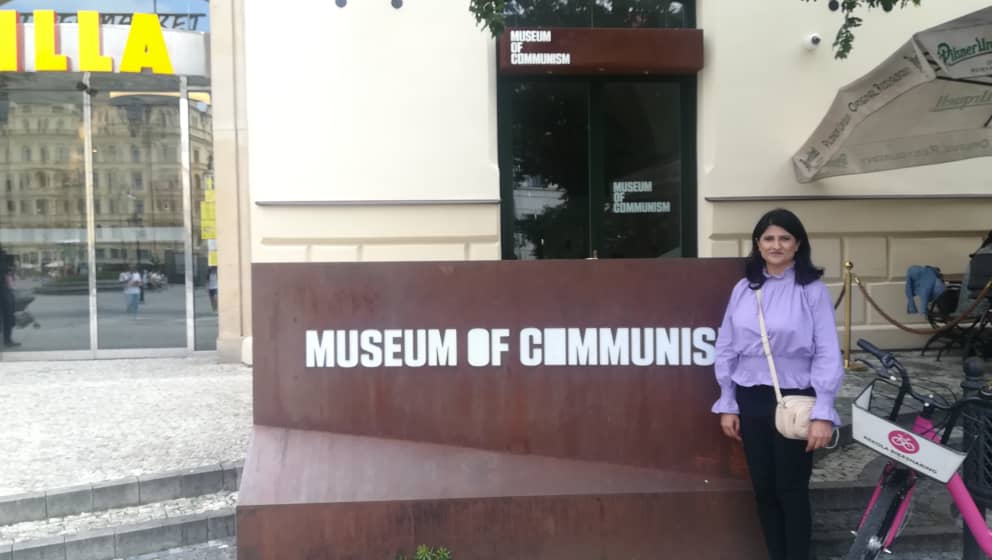 According to Kaplan, he created a three-act tragedy in displays of the ideals of communism, the reality of poor life under the regime, and the nightmare of a police state. It includes rooms depicting a schoolroom, a shop with limited supplies, and a secret police interrogation room. 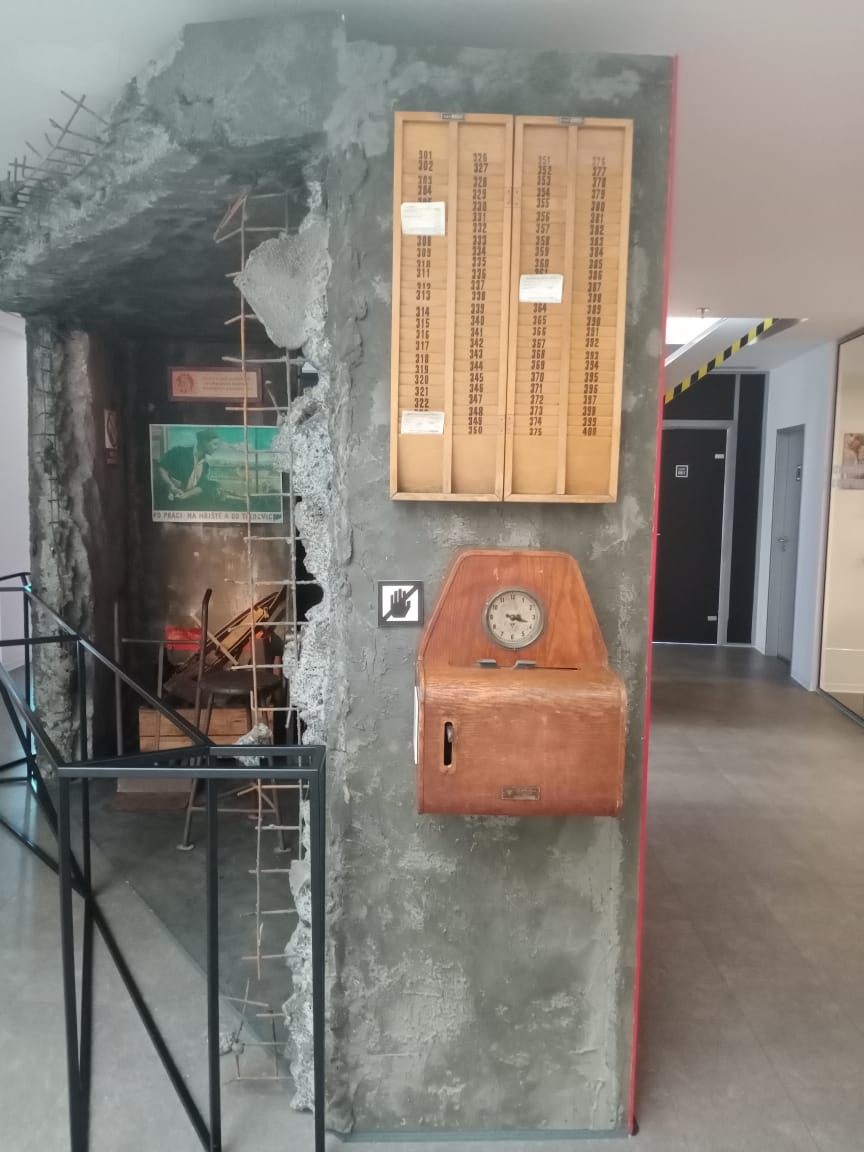 “The museum provides a suggestive view of the following aspects of life in Communist-era Czechoslovakia: daily life, politics, history, sports, economics, education, art (specifically Socialist Realism), propaganda in the media, the People’s Militias, the army, the police (including the secret police, the (StB), censorship, and courts and other institutes of repression, including show trials and political labor camps during the Stalinist era. It focuses in particular on the totalitarian regime that ruled the country from the February putsch in 1948 until the Velvet Revolution in 1989.” writes an official website. 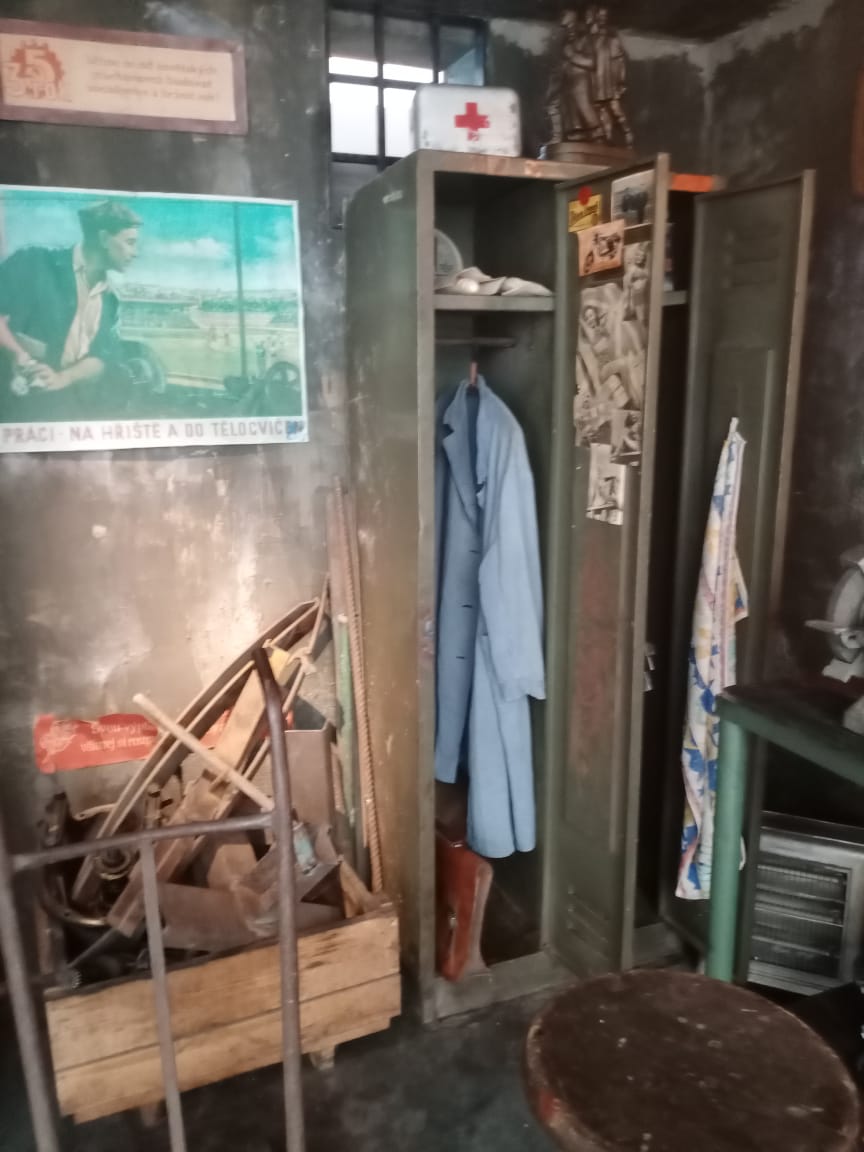 According to official information provided by the Museum, the establishment provides visitors with an authentic feel of the era that is enhanced by the incorporation of short videos, posters, and artifacts. Everything is described on 62 panels divided into thematic sections, which are enriched with a great amount of photographic material from the Archive of the Czech News Agency, the Security Services Archive, the Archive of the Association of Forced Military Camp Laborers, and the personal collections of leading Czech photographers. 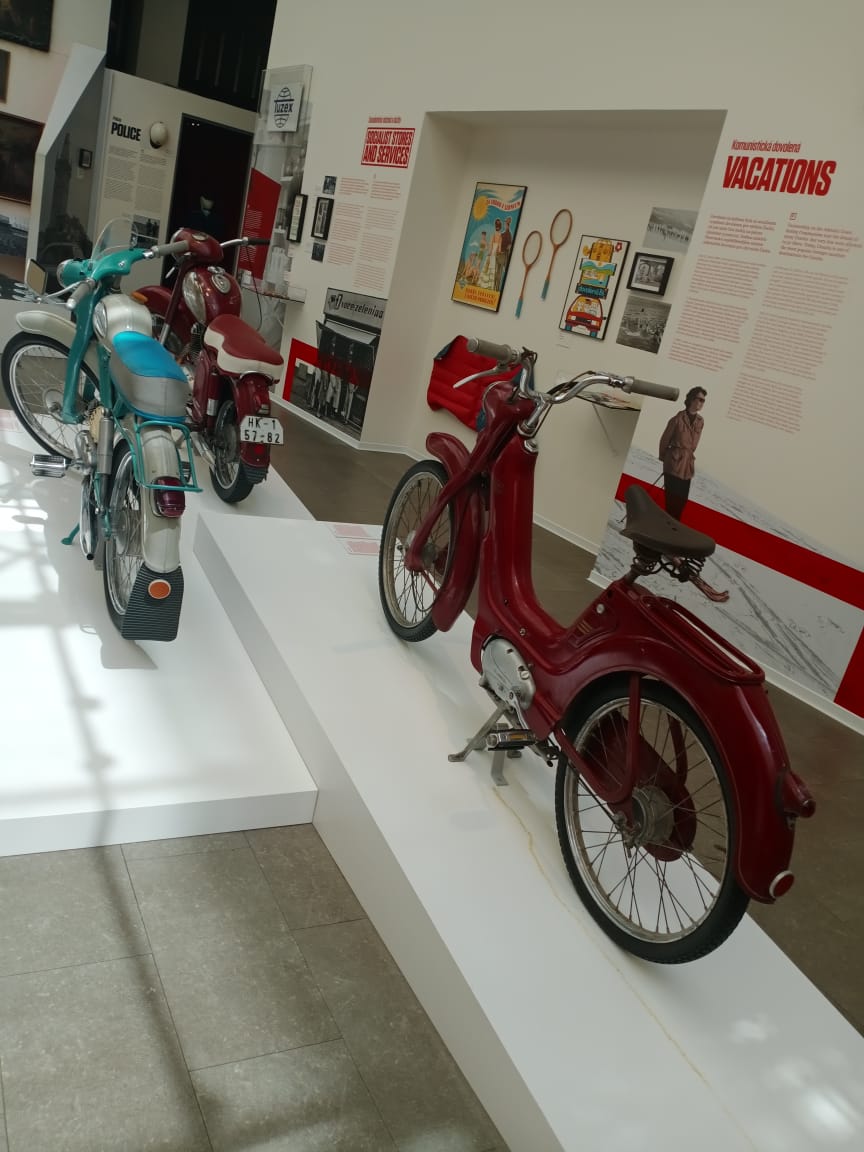 The gallery is devoted to providing a timeline of the communist regime in Czechoslovakia, the main medium is the use of colors, the excessive use of white, black, and red provide the museum a perfect communist ambiance, written descriptions in Czech and English language supported by red, and black artwork is there to explain to the audience what it was to live under communism regime, communist law and order, education system, trade and business all has been provided in written and pictorial forms. 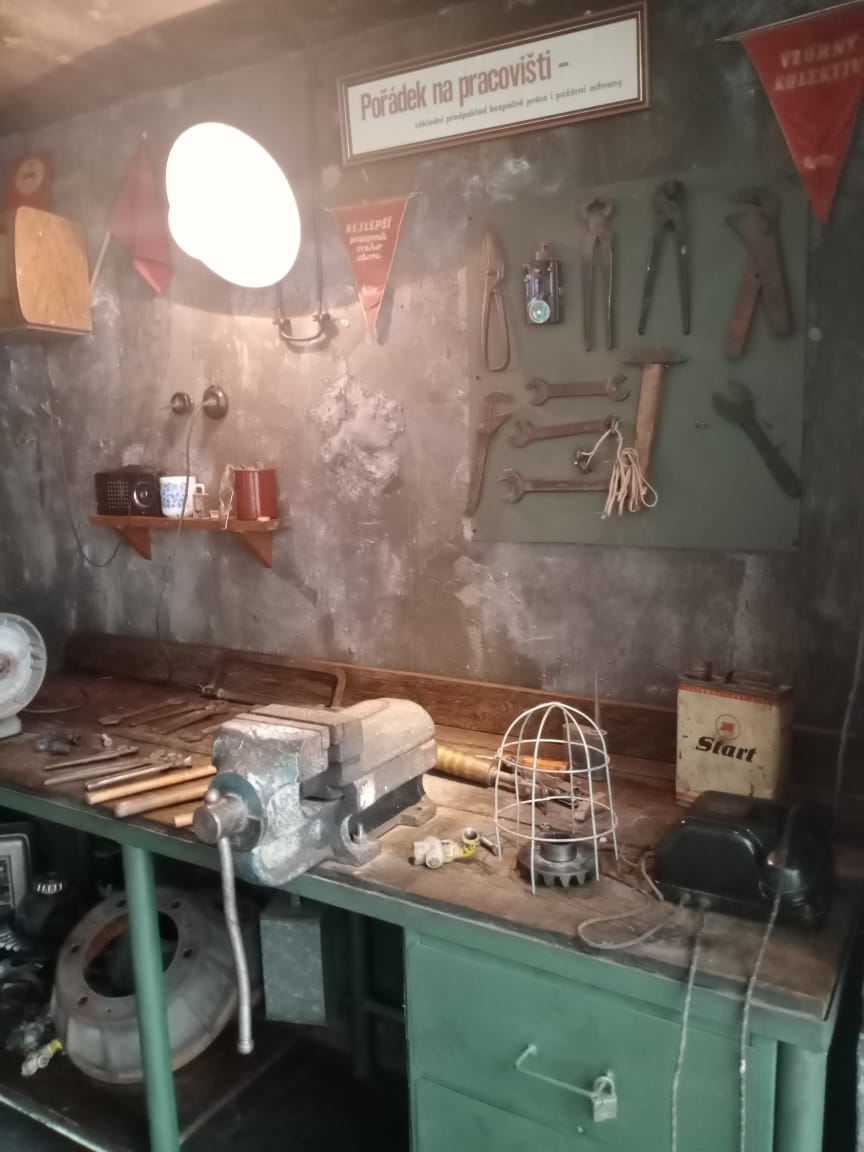 The symbolic expression of signs and symbols plus the photographs of the key figures in life-size give ample opportunity to the viewer to process. How come a museum is complete without installation, yes you are right, Prague Museum also has installation but not replicated. The actual objects like masks, gallows, a barb wire fence, a typical bedroom have been installed for the viewers. 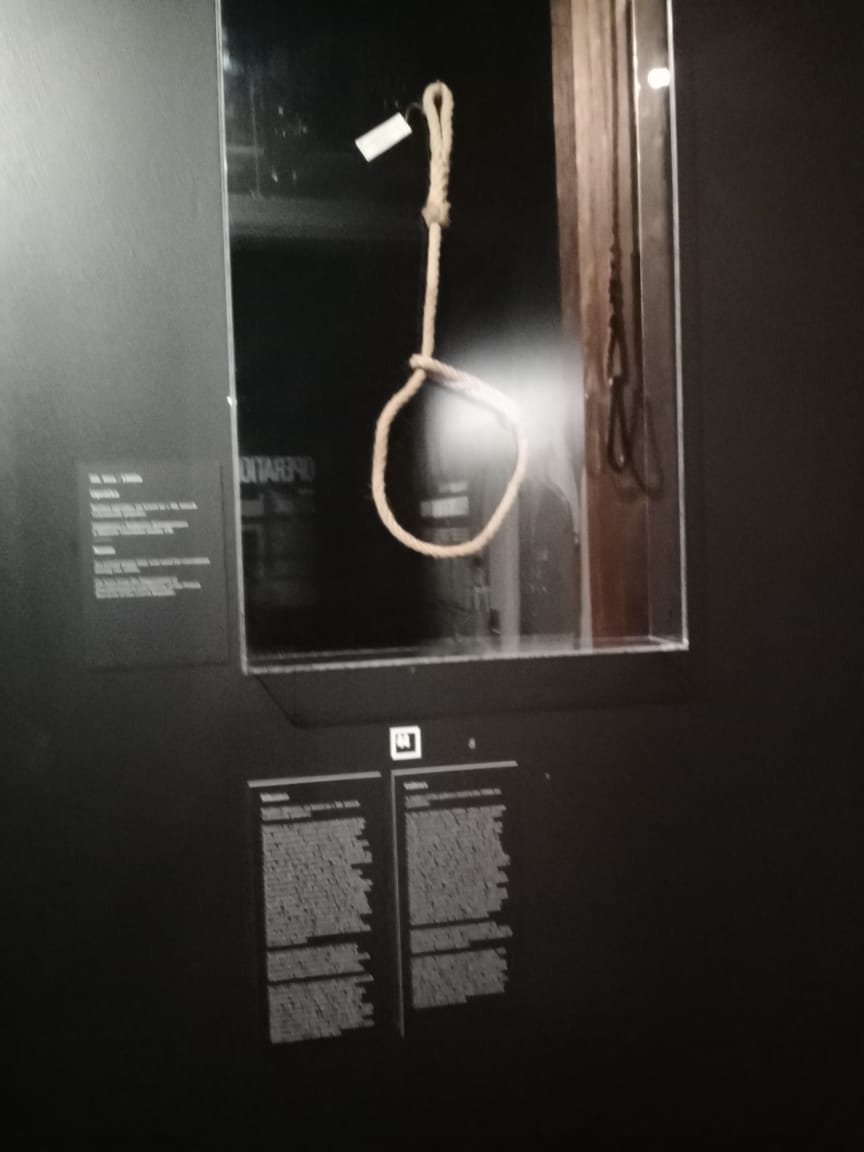 In the area where an actual wooden gallows used by communists and a barb wire fence is installed, one can experience another sense perception of audio of barking and hissing of watchdogs coming from the background, which is enough to give a shiver to the observer, next to that is the installation of an up-side-down office or workplace of communist-era where a typewriter, office table is being installed on the wall and a glass window on the floor, the nongeneric sight of an office triggered utmost attention and for me, it symbolizes the strange and difficult nature of work which people under communist regime were forced to adhere. 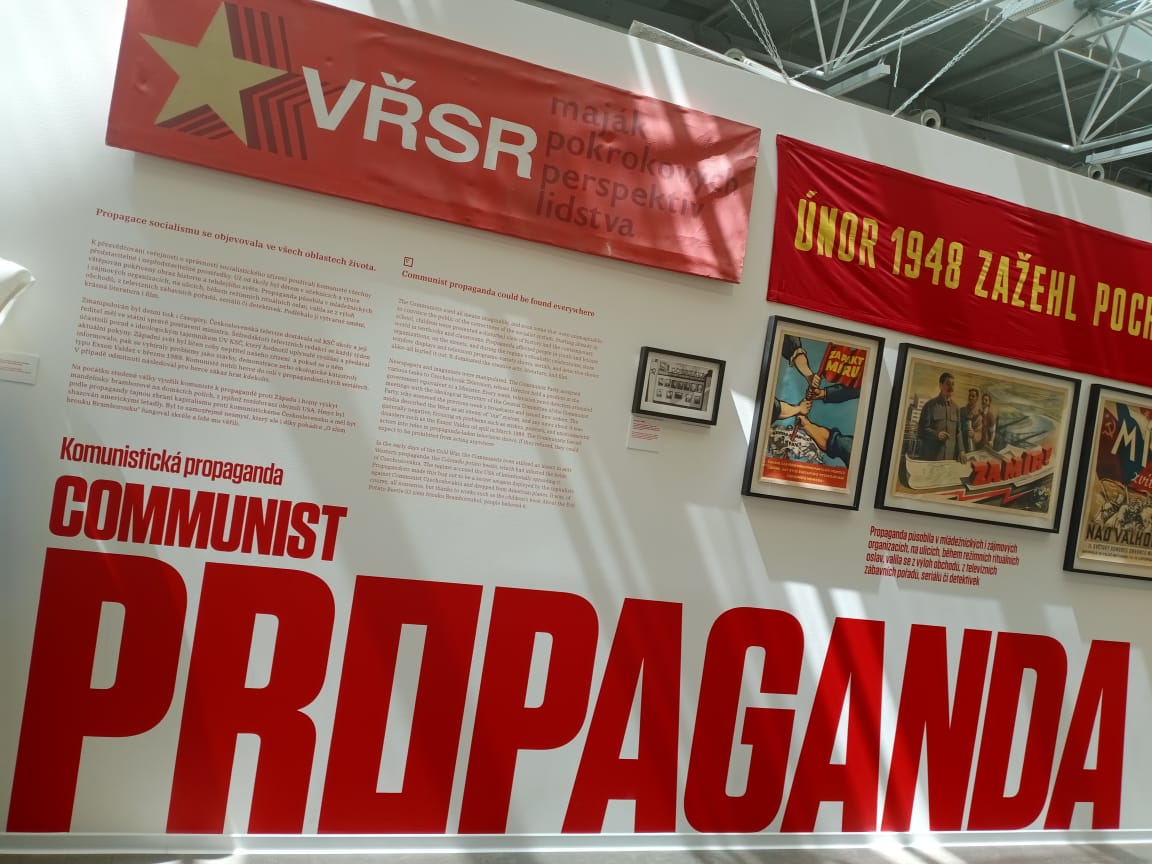 A classroom having charts of communist propaganda and a grocery shop with limited supplies have also been installed. The favorite part of Prague dramaturge is involving the viewers in the act or performance has also been used in a chemical lab where visitors can where the safety gear used in lethal chemical experiments and become part of the presentation. A comfortable corner has been set for viewers to sit and watch documentaries of survivors on LCDs. 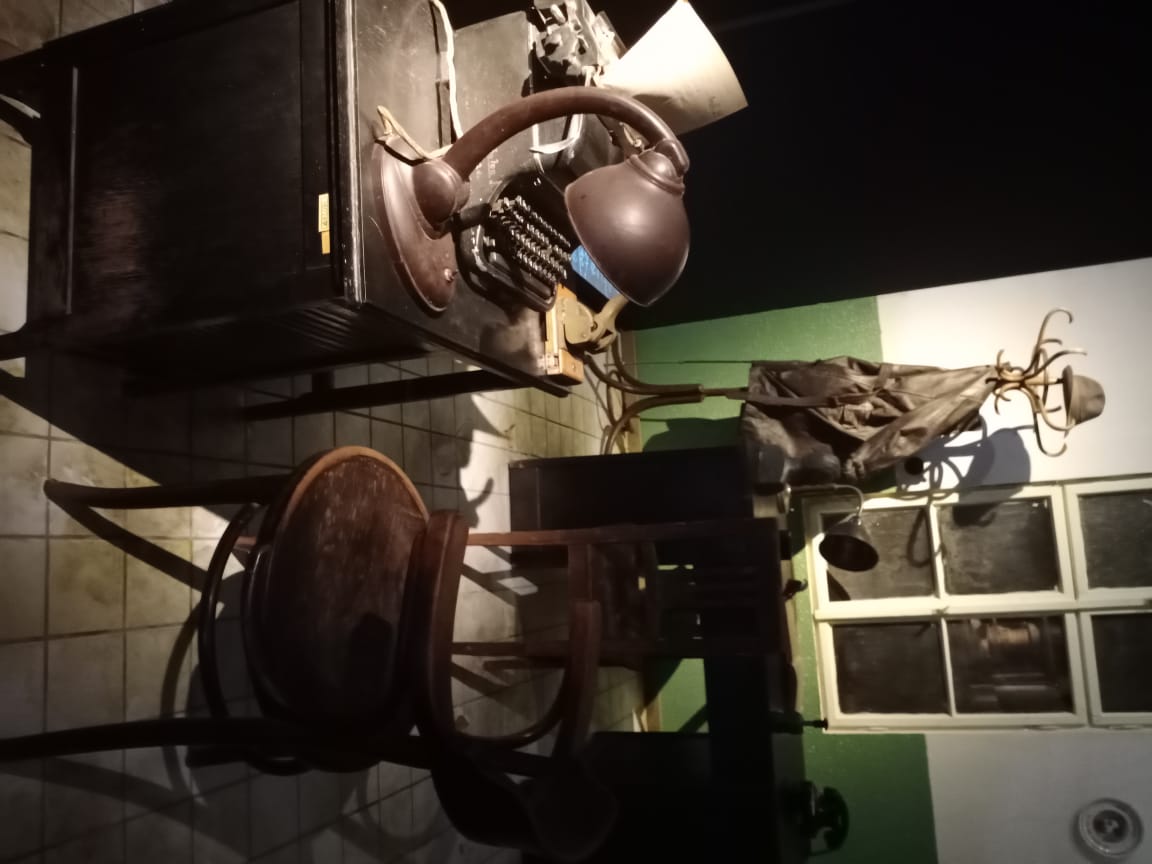 The Museum gives a feel to visitors the era of oppression in which the secret Police created networking that invaded entire society. Schools, colleges, universities, factories, markets, theatres, and even walking parks were full of hidden human or electronic bugs. Bribing students with moped “Quickly” for getting information about their friends was popular and state captured property from everybody and finding a one-room apartment was not possible unless one is ready to compromise with the Communist state. 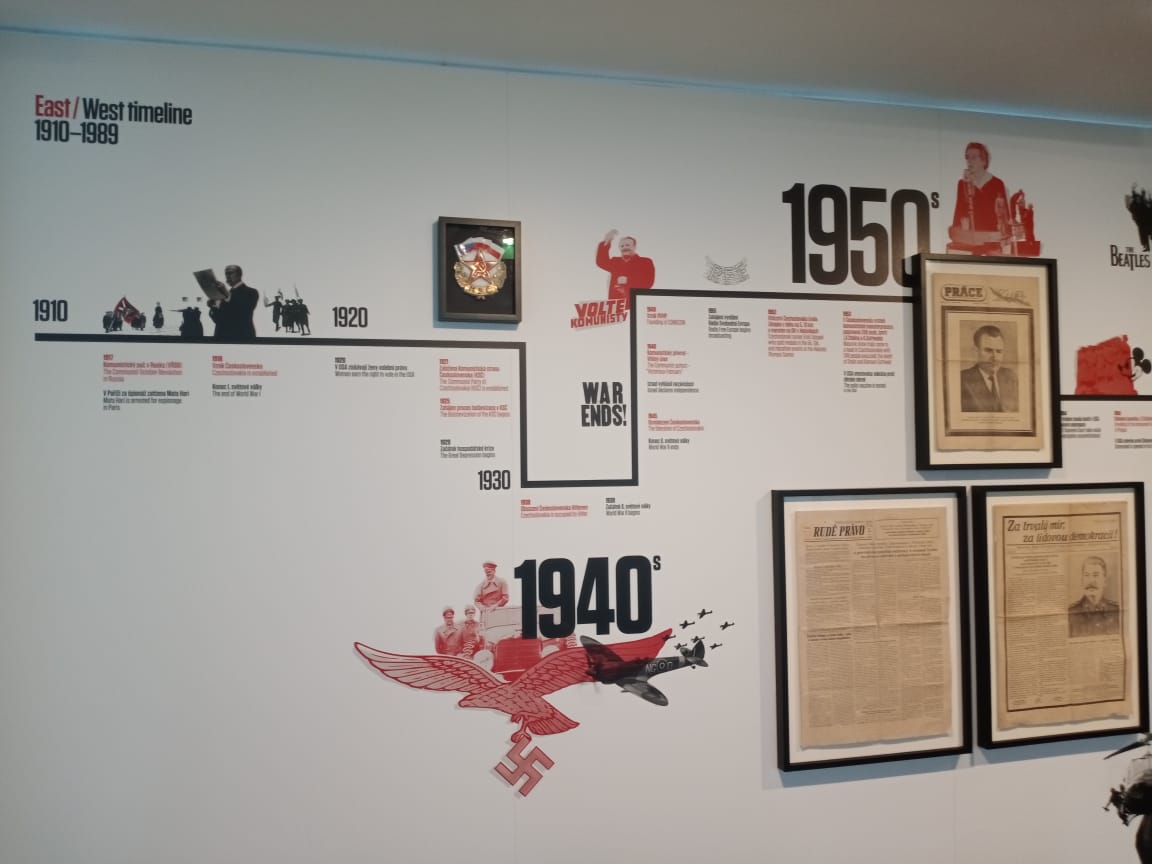 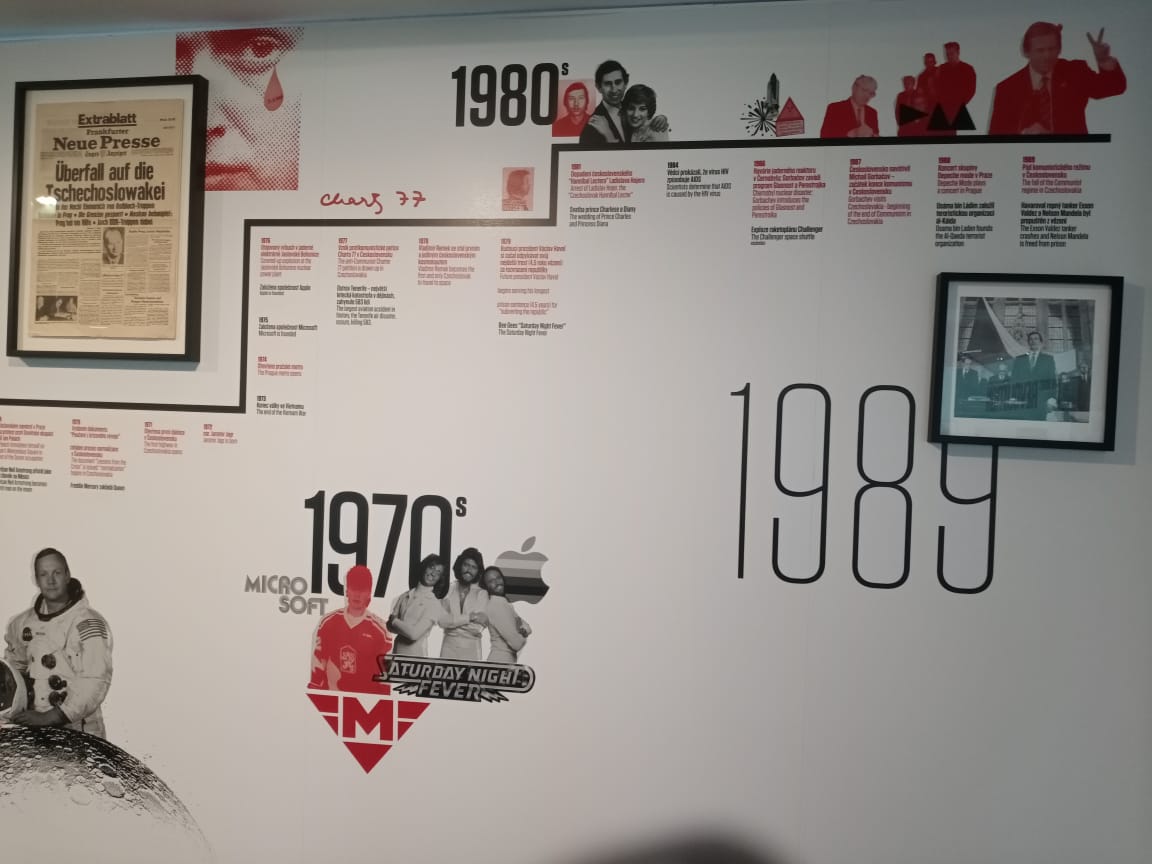 If you are in Prague, I suggest you must not miss this Museum and a half-day visit to this place will provide you an opportunity to travel through the history of the Communist Era in Czech lands. 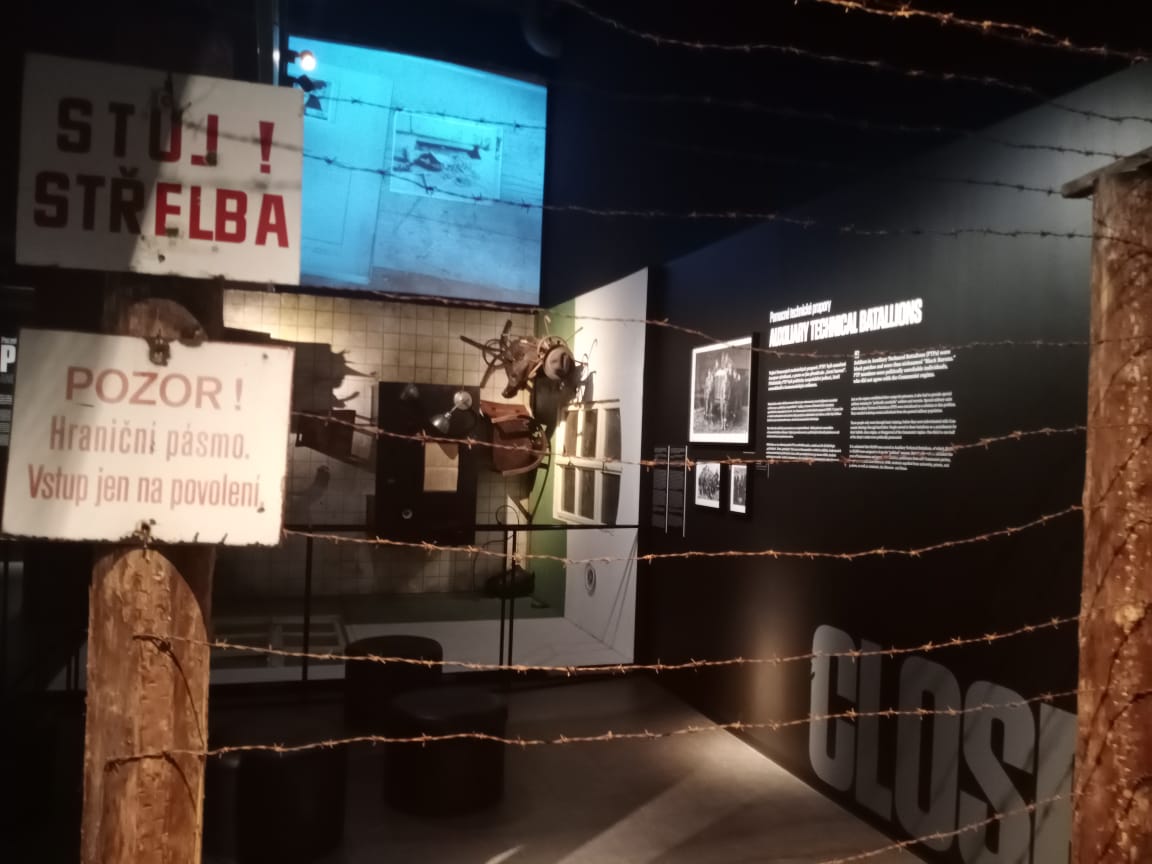