Viking Ship Museum of Oslo and Thunderbolts of Childhood Dreams

Viking movies predominantly filmed on the backdrop of scandic fjords keeps triggering the brain to perceive the Viking way of life.

Viking culture is relatable to any life who is in pursuit of something big and worthy, any life who is not afraid of different weathers, tough and mild, who is eager to embrace anything crossing the life path.

The Viking age span between 800 to 1066 AD, began in 793 AD with the sacking of the Lindisfarne monastery, and it ended with the death of Harold Hardrada who was King of Norway from 1046 to 1066. This era is a very interesting part of Nordic history when Germanic tribes developed the “Old Norse” language and became known in history as Norsemen. Old Norse language is also called sometimes Old Nordic and Old Scandinavian.

The language was spread to regions now known as Norway, Denmark, and Sweden. No traces are found of this language now but this age is documented in history as the age for battles and rich mythological stories. Norsemen raided many parts of Europe from England to Turkey and the period is commonly known as the “Viking Age” or era.

The Vikings pillaged many countries in Europe in search of colonization and conquest. They used the rivers and the seas as gateways to new lands, often traveling thousands of miles in their own wooden ships.

The Vikings are not only known for their advanced shipbuilding techniques, horned helmets, their bravery, rather for a unique concept of their Hell and Heaven that is related to fighting spirit till their deaths. Braves who die till their deaths are placed in Walhalla—The Heaven while Cowards have a place in dark Niflheim—The Hell.

I have developed my romance with Vikings, their toughness, their ships, and their foggy, ice-cold fjords from childhood. As Viking life revolves around boats, even when their life ends boat is their last companion to Walhalla, the ship is part and parcel of their life. One other thing which I have learned from Viking culture is “immense struggle” and at no point giving up.

This philosophy prevails into that culture so deep that their idea of heaven and hell is based on it. Someone who dies without fighting will go to Niflheim and all fighters will drink the eternal wine in the shiny hall of fame with all other legends.

Sitting on the sand at the bank of the fjord can work as a time travel machine, at least for me; deep water layer after layer has witnessed centuries passing by being there for unknown times, a deep gaze at it can give the feeling that waves are mocking at your tiny existence for such a small period and yet to see your might and fight.

I heard ancient sight was discovered and few big boats have been excavated which were buried under the sand and they are displayed in Oslo at Viking Museum.

They called Oseberg, Gokstad, and Tune, Oseberg and Gokstad are the oldest and best-preserved ships in the world, Tune is only a few boards and fragment left-back.

All ships are built in the 9th century. All three ships were excavated from the Oslo Fjord region between the end of the 19th century and the start of the 20th century.

The Oseberg ship was found in 1904 outside Tønsberg in Vestfold. The archaeologists who excavated it quickly realized that this was the most beautiful Viking tomb ever found.

When the Gokstad ship was built around the year 890 AD the Viking Age was in full swing. It was a flexible and fast ship suitable for sailing on the high seas. 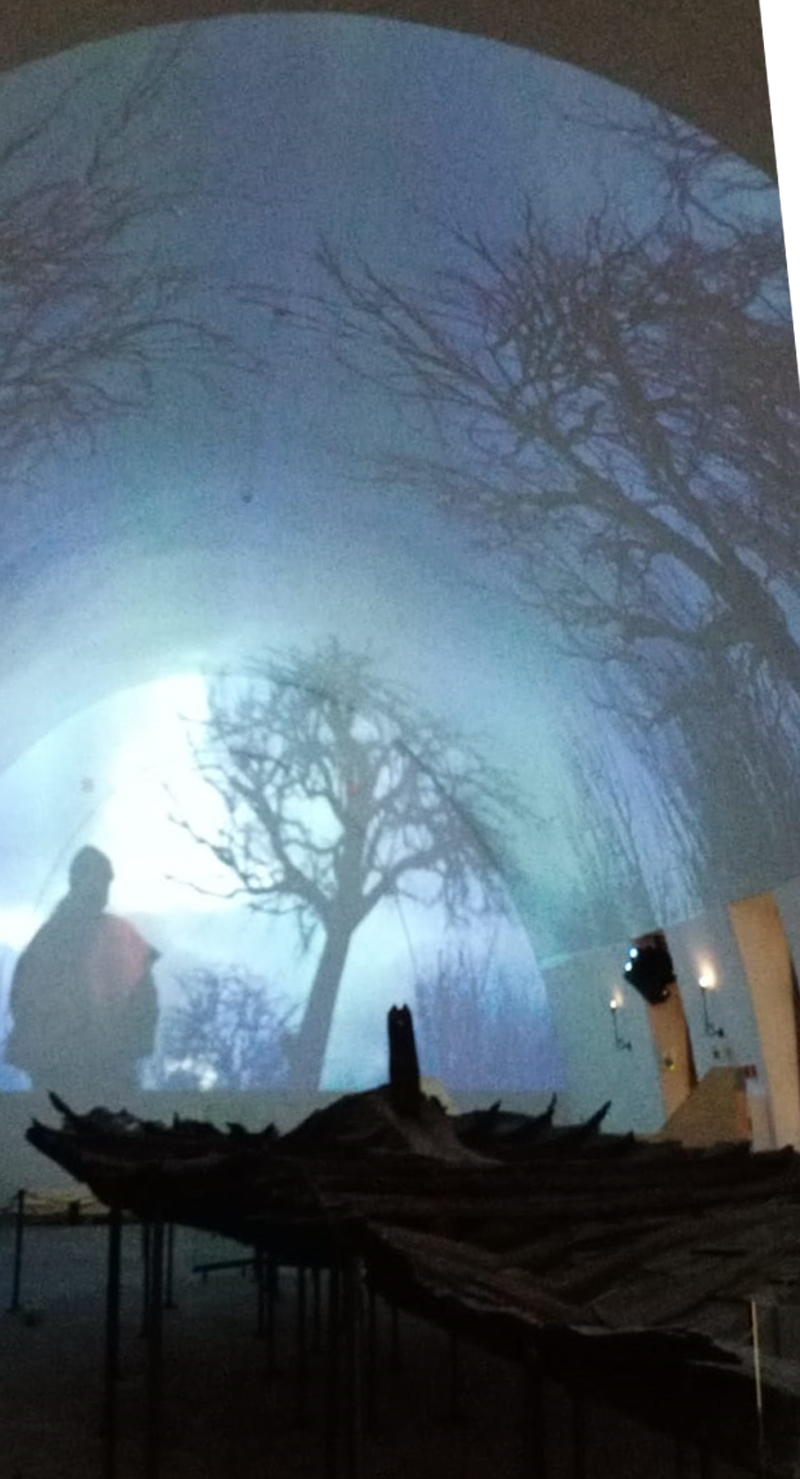 Since I get to know this information, I was longing to see up close and feel all the voyages that have been made on those boats.

My first encounter with Gokstad was magical

I consider myself lucky that I visited the Viking Museum in September 2021 and it gets closed in October 2021 for five years. According to their official website “The Viking Ship Museum closes on October 1 for renovation and will reopen in 2025 as “The Museum of the Viking Age”. Parts of the exhibition will be dismantled and moved to magazines during the construction period. The wing that showed the objects from the grave finds is therefore inaccessible to visitors”.

My first encounter with Gokstad was magical, right after the entrance of the museum in a huge hall a grand ship is calmly placed, even being displaced its ambiance is so powerful that it forces you to make eye contact for quite some time. For better communication, there were stairs going up to small corner balconies from where one can see on level bases, the inner and outer traces of history. The museum halls are made in a letter T shape. One big hall at the entrance and two halls at the end of the first one, right and left. 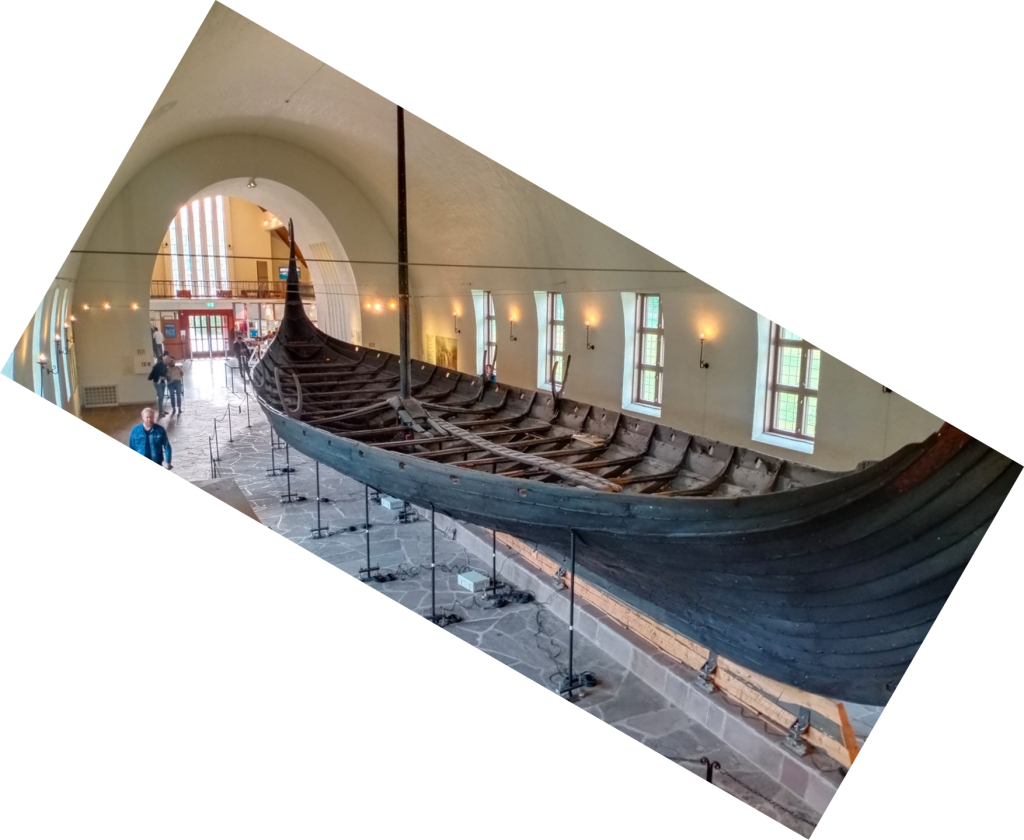 The circle of life from birth to death has been displayed in relevance to ship. The prime time of life like youth has been assimilated with the fight, struggle, and battles. Death has been shown a dead body rowing away on the mercy of waves. The sound effect was spell bounding.

The displacement which was evident in the first hall was compensated by the fjord effect created by digital technology. The historical objects always give the feeling of misery related to displaced but if a museum curator can overcome that, the object seeing can become a living, breathing experience.

Visiting a museum does not merely give me the pleasure of having a journey to the past of the visiting lands rather it tells me different eras visiting lands have gone through for reaching a place where they are today and how do they present their past for linking it to their present.

Jeanne Frank is a French History and Arts photographer. She believes that the best introduction to art is to stroll through a museum and I trust her vision for my further exploration of Art through museums in more places I would travel to in the future.