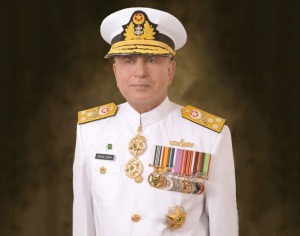 ISLAMABAD, Pakistan: The Vice Admiral Faisal Rasul Lodhi has been appointed as the Vice Chief of the Naval Staff.

The Vice Admiral Faisal Rasul Lodhi was commissioned in the Operations Branch of the Pakistan Navy in 1986.

In recognition of his meritorious services, the Admiral has been awarded Hilal-i-Imtiaz Military (HI-M).