ISLAMABAD, Pakistan: The Institute of Strategic Studies Islamabad (ISSI) on Wednesday organized a Public Talk with Ustad Karim Khalili, the leader of Hezb-e-Wahadat Islami of Afghanistan, under its Distinguished Lecture Series.

In his address at the Public Talk, Ustad Karim Khalili said that peace is a multidimensional phenomenon which has multifaceted effects in different dimensions of human social life and societies.

Karim Khalili said that when we talk about peace, in addition to the political dimension, we must also consider its cultural, economic, and social dimensions. He said that we are living in an interconnected world with a vast network of global issues, where war and peace are no exception. 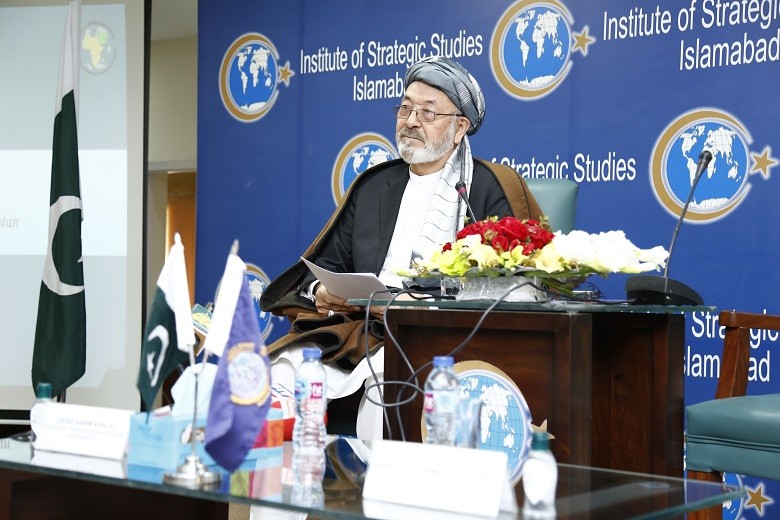 The Hezb-e-Wahadat Islami Leader went on to say that when a peace agreement upholds human rights’ values such as women’s rights, minority rights, non-discrimination, and many other issues, all nations and peoples of the world are motivated to support it. Conversely, if these global standards are not taken into account, such peace will not go anywhere and conflicts will continue.

Ustad Karim Khalili said that in Afghanistan, the peace discourse has become a serious issue especially given that peace in Afghanistan is complex, multidimensional, with internal and international consequences.

Thus, the people of Afghanistan need cooperation and joint efforts from all Countries, especially the region.

“Peace in Afghanistan will create a situation that will benefit all Countries, especially the region and our neighbours. With such a peace, new horizons for progress and development will emerge in the region,” he said.

Speaking about Pakistan’s role, he opined that the goal is to win the Pakistani government’s support for peace that can address regional issues and benefit all our international friends. Such a matter requires a good and precise mechanism which responds well to all of Afghanistan’s domestic diversity as well as expectations of the International Community.

The Hezb-e-Wahadat Islami Leader appreciated the positive and constructive viewpoint of the Pakistani leadership and noted the visible support given during his visit. 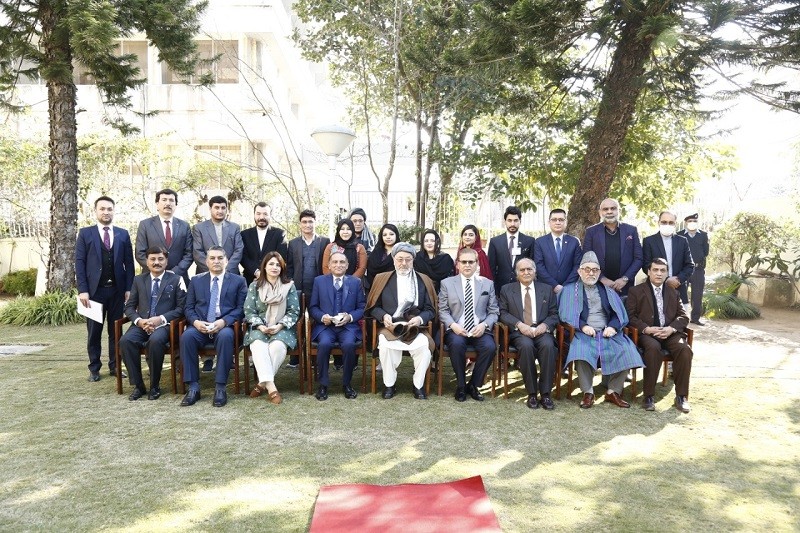 The address by the Ustad Karim Khalili was followed by a question and answer session which was moderated by the Director-General ISSI Ambassador Aizaz Ahmad Chaudhry.

Ustad Khalili said that Pakistan has played a pivotal role in helping to achieve peace in Afghanistan. He acknowledged Pakistan’s efforts in the first round of the peace process as well as the ongoing talks in Doha and hoped that with this current momentum the relationship would reach new horizons.

The Members of the Diplomatic Corps in Islamabad, Academics, Civil Society, and Former and Current Diplomats were also present.