PoliticsUshhaq ke Qafley--- A Documentary about the Power of Student Unions and...
PoliticsSociety
By Central Desk
June 5, 2019

“Asia Surkh Hai” – Asia is Red – was a popular students’ slogan in Pakistan in the 1960s, in solidarity with similar movements around the world.

But Asia was neither Green nor Red before Pakistan came into being. When Pakistan’s establishment went for a diplomatic wedlock with United States and political wedlock with ultra-religious forces soon after the country’s birth in 1947, they began turning Pakistan green – the green of radicalization, not environmentalism.

Student politics of Pakistan swung between Green and Red until dictator Ziaul Haq painted Asia with Red with blood spilled during the first Afghan “Jihad” (so-called holy war) and sprayed it Green with the radicalization that is still bleeding country with a Green and White Flag.

Capitalist forces, traditionally ranged against student movements all over the world, have always snubbed and subjugated any attempt by the student cadre to join hands and collaborate for a common cause.

How could they allow a student movement in newly born Pakistan? The country’s pro-capitalist establishment knew that the youth made great contributions for independence of Pakistan and had a psychological ownership of this new country. It was essential to snub and purge this youth in order to gain control over the country. Within the first 10 years of independence, Pakistani youth were jailed, killed, purged and penalized, but they have not stopped their fight for their rights.

Established in 1953 as the result of a DSF-organised student convention in Karachi, APSO provided a platform to establish the National Student Federation (NSF) formed in the late 1960s, a left-wing student federation influenced by political ideologies of Marxism-Leninism and Socialism. Z. A. Bhutto exploited NSF for his political agenda which was based on Socialism. When Bhutto formed Pakistan People’s Party (PPP), majority of the party’s founding members had backgrounds linked to DSF, APSO or NSF.

Who were the people behind DSF? How did the movement emerge and why was it purged? 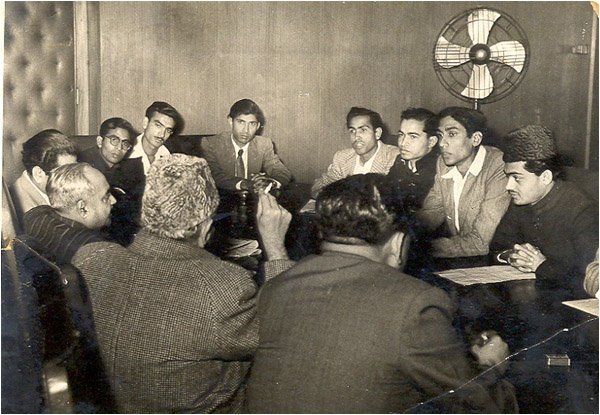 Credible material about DSF is available only from sources with first-hand information. One such source is an excellent documentary produced by journalist Beena Sarwar who is working on a book about the struggle for democratic spaces in Pakistan, and is the daughter of Dr Mohammad Sarwar who led DSF.

Dr Sarwar was known as the “hero of the 1953 student movement” – referring to the Demands Day protests in Karachi, that the police brutally suppressed, killing several students and passers-by.

Born in 1930 Allahabad, UP, India, Dr Sarwar was studying for a BSc in his hometown when he, along with a group of fellow students, came to Pakistan in 1948 “to see what the new country was like,” and decided to stay on in Karachi.

“A majority of our family members were inclined towards the Congress, but we were pro-Muslim League. While visiting Karachi, I saw an advertisement in newspapers regarding admissions at the Dow Medical College. I applied and got admission,” he told The News in an interview published on July 26, 2007.

Sarwar was instrumental in forming the Democratic Students Federation (DSF). He led DSF as president and secretary-general before the Mohammad Ali Bogra government banned the organisation in 1954.

Dr Sarwar graduated from Dow in 1954, a year later than he was initially supposed to, because fellow students asked him to stay on, in order to help set up All-Pakistan Students Organisation (APSO), which was established in 1953.