Pakistan’s military leaders reaffirmed their support for the US efforts and renewed their commitment to act to advance a political settlement to the conflict in Afghanistan. 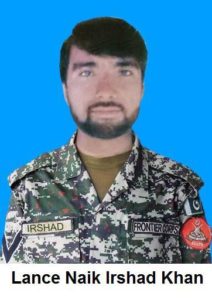 The ISPR said that the Security Forces spotted a move of terrorists in North Waziristan, and as soon as the Quick Reaction Force cordoned the area, terrorists opened fire.