During the meeting, regional security including the Afghan reconciliation process was discussed. 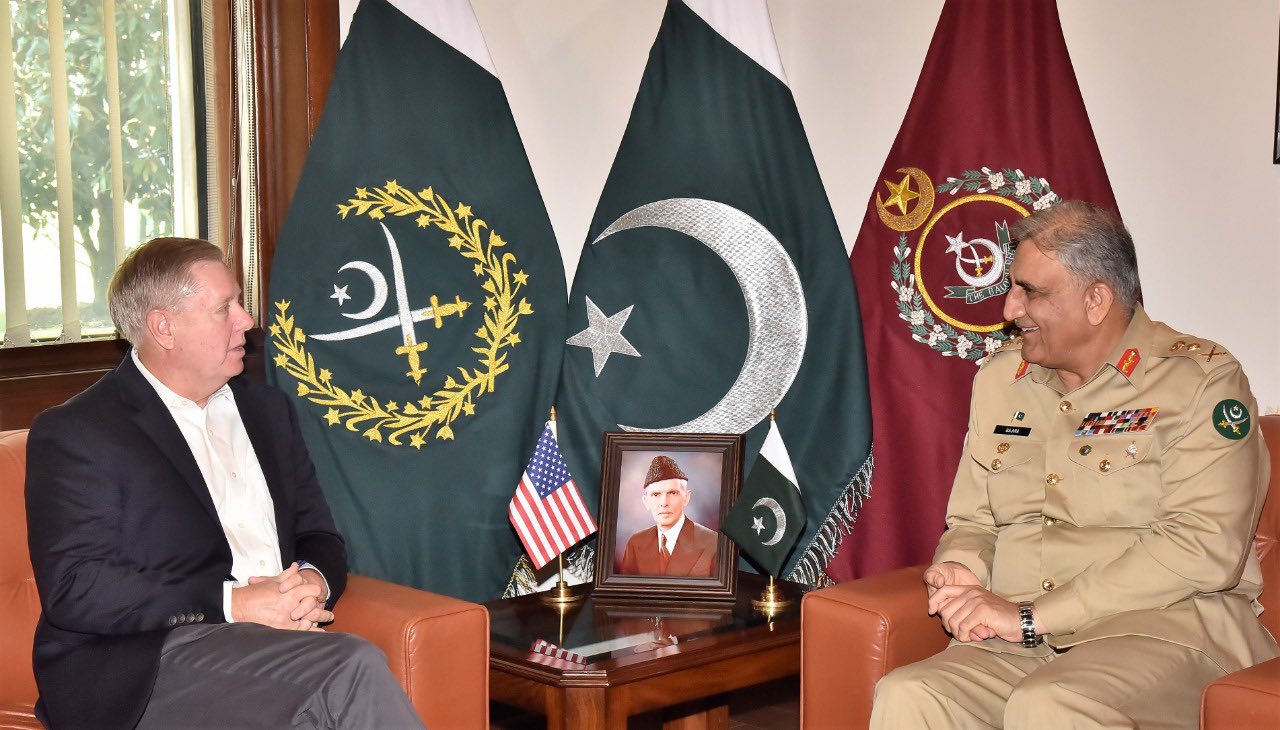 The Senator Graham Lindsey Graham is the Chair of the Senate Judiciary Committee and senior member of the Armed Services, Appropriations and Budget Committees of the US Senate. This is his second visit to Pakistan in 2019.

The Senator Lindsey Graham thanked the prime minister for Pakistan’s consistent support in the Afghan peace process. He reiterated his desire for a broader bilateral relationship with particular focus on economic cooperation, enhanced market access and increased investments.

The US Senator appreciated Pakistan’s achievements in mainstreaming the tribal areas through development work. He also commended Pakistan on border fencing initiative.

The prime minister said that broad-based and enduring partnership between Pakistan and the United States. was important for peace, prosperity and development in the region. He urged the Senator to continue to play his role in the transformation of the relationship, particularly through deepening and intensifying bilateral economic cooperation.

While emphasizing the value of peace and stability in Afghanistan for Pakistan’s development, Imran Khan said that Pakistan would continue to play its facilitating role in the Afghan peace and reconciliation process.

Mati
Mati-Ullah is the Online Editor For DND. He is the real man to handle the team around the Country and get news from them and provide to you instantly.
Share
Facebook
Twitter
Pinterest
WhatsApp
Previous articlePrime Minister Imran Khan meets Crown Prince of Bahrain
Next articleCeremony held at APS Peshawar to pay tribute to martyrs