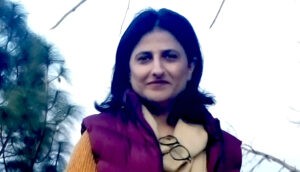 In a 1998 interview, the architect of the Afghan Jihad and Afghan-Russo War Zbigniew Brzezinski confirmed that he sent a letter to the then US President Jimmy Carter the day Russians crossed the Uzbek SSR-Afghan bridge on Amur Darya and he suggested President Carter that this (that) was the best time to engage Russian into an unending war and give Russia its Vietnam.

In his interview Brzezinski said:

“The day that the Soviets officially crossed the border, I wrote to President Carter, essentially: “We now have the opportunity of giving to the USSR its Vietnam war.” Indeed, for almost 10 years, Moscow had to carry on a war that was unsustainable for the regime”.

Now the world has seen that this September (the year 2021) would be double of 10 years for the US to get out from its second Vietnam.

Afghanistan has been declared a warzone for the last 20 years ago by the then President Bush Junior and the US is still fighting the longest war of its history. To the astonishment of all sane persons, a few days ago finally the US has concluded that Afghanistan is a “Conflict Zone” not a War Zone.

According to the Washington Post, the US Secretary of Defense Lloyd Austin said during his visit to Afghanistan on March 21 said that the US wants “a responsible end to this Conflict” and “a transition to something else clear.

I read an article written by a Child-psychologist who said that many parents asked her why their children keep (kept) changing rules while playing board games with them (parents)?

Her answer was that:

Competence and mastery are sometimes so important to children; they may prioritize it over a social or learning experience. Meaning for some children, achieving victory in games is more valued than playing fairly. This is why requests to modify game rules, bending the game rules or cheating will happen. Imagine, if rules are perceived to be barriers to victory, wouldn’t it make sense to try to manipulate or remove the barriers?

Terminologies and name tags like “War” and “Conflict” very much matter for human minds. If the US has considered the Afghan situation a Conflict instead of War from the very beginning would the outcome be different?

Cognitive semioticians believe we act upon our thoughts and our thoughts are always formulated linguistically. The difference between war and a conflict can trigger entirely different responses.

Scholars such as Wright, Richardson, Coser, Schelling, Boulding, Kende, Midlarsky, and others generally appear to understand wars to be events that involve:

“When two countries have a disagreement that is not resolved, there could be tensions. Such tensions could manifest as a fight by one aggrieved party against the other. Such a fight or violence is called a conflict. Between two countries, if there is a violent spat or a disagreement on any issue, it may lead to a conflict. The conflicts must be resolved through dialogue and negotiations to prevent a full-scale war”.

Now readers can easily judge that Afghanistan’s situation from the very day is (was) a War for the United States and now the US is calling the situation a Conflict because Washington is not ready to accept that it has another Vietnam.

When Russia left Afghanistan, it left military and combat equipment in abundance. Later Russian former military personnel in their interviews claimed that it was done purposefully, nevertheless it servers their purpose for over 43 years. The Policy of Carrying One man—One Rifle at the time of withdrawal from Kabul dragged not only Afghanistan into an unending war rather neighbouring Pakistan and since 2001 United States is trying to come out of Russo intrigue web.

By providing Mujahedeen (Warriors of God) ample arms and training rest of the damage the US had done by himself when it landed with 56 NATO allied nations in 2001 and formed ISAF. Now the US is calling the Afghan situation a Conflict, if this had been done 20 years ago the situation of face keeping being answerable to the Americans themselves could have been avoided.

The major point which has yet not come to the light is the role of the American Congress, which has not authorized a war since World War II but may decide to approve this specific “use of military force.” On what ground a military force could be used on another soil for 20 years if it is not a war?  This is a deep-rooted problem, declaration of war or just being in war without any state-level approval.

Afghanistan historically even prior to the Russian invasion had been a conflict zone among war-lords. Living in tribes with having lesser economic resources, Afghans always dealt with their conflicts with force. It could not be an overstatement if I say that arm-conflict is part of their prior schema and every conflict despite its nature has always been dealt with as a Warlike situation by Afghans.

The question is that how come the US dragged itself into a war that has a clear classification of war and battle and did not declare war officially since world war II? And this War which is now is being called a Conflict was imposed on Afghanistan without considering the Endgame disaster?

War is part and parcel of Afghan society and war casualties are like medals for Afghans but this primitive stance would never have any meaning for the world’s most developed democracy. As a result, they suffer in-kind and cash over $4 billion a year (official data says this) and suffered for 20 years —-over $80 billion in the last 20 years but the admission of defeat remains the hardest part.

Wars either are won or lost. What kind of war is fighting in Afghanistan which is claimed to be won by Afghans but undecisive by America?

A few years ago I bought a Taser for my personal protective satisfaction from an Arms shop at Ferozpur Road Lahore. The shop owner was Pushtun whom I know via reference had shown me sacks filled with US military watches, binoculars, knives, glasses, and much more. If a single small shop far from Kabul can have this much remaining and acquired US equipment, one can imagine the magnitude of casualties. The old man proudly said this is all malle-ghanimat—-things and property snatched from infidels by Muslim warriors. The death toll of young American soldiers can be calculated by the accessories snatched from their dead bodies and being sold as male-ghanimat. War is havoc no matter fought while holding a white flag. America neither won the Afghan War nor got the knighthood of peacekeeper.

Michael F. Scheuer is an American former intelligence officer for the Central Intelligence Agency, blogger, author, commentator, and former adjunct professor at Georgetown University’s Center for Peace and Security Studies. He well understands Afghan War as one of his assignments during his 22-year career was serving as Chief of the Bin Laden Issue Station (the Osama bin Laden tracking unit at the Counterterrorism Center, known as “Alec Station”) from 1996 to 1999.

I remember a quotation from Noam Chomsky. He believes:

The prescription for endless war poses a far greater danger to Americans than perceived enemies do.

Joe Biden administration through its Secretary of Defense Lloyd Austin during his visit to Afghanistan on March 21 has used the term Conflict for Afghanistan situation for the very first time. This is, on one hand, passive admission of defeat but on the other hand, this logical realization will defiantly be a beginning to resolve the conflict. Russia has also welcome this change of terminology and has shown its interest to become part of the conflict resolver. As a country in proximity, Russia can intervene in an ongoing conflict but jumping into an ongoing war is different.

As America confirmed that Afghanistan is a “Conflict” meaning it could be settled without arms. Plus, neighbours are ready to become part of this long-going conflict resolution. Pakistan, China, Iran, Central Asian countries, and Russia always call the Afghanistan situation a Conflict that can be resolved but it was the only United States that had been believing in the theory of war-winning in Afghanistan.

This is the first time all stakeholders are on one page except Afghan President Ashraf Ghani. China, Pakistan, Iran, and Russia along with the United States are in favour of the establishment of an interim government in Kabul while President Ghani opposes this proposition because he sees his role in Afghan politics would be reaching an end if there would be an interim government.

Russia’s presidential envoy for Afghanistan Zamir Kabulov said on Wednesday that the Afghan problem could be settled through the establishment of an interim coalition government. Speaking at a news conference in Moscow, Zamir Kabulov said: “When neither side can prevail, the conflict usually ends with political compromises.”

“The formation of an interim government is not only realistic, as far as we understand with the Americans, Pakistanis, and Chinese partners, there is no alternative to it. We all know perfectly well from the history of other conflicts and civil wars in other countries that when neither side can prevail, usually such a conflict ends with the finding of political compromises,” he said.

For me, the end of the Afghan War or Afghan Conflict is important instead of the issue of whether US-allied forces would go for complete withdrawal from Afghanistan or will maintain their symbolic presence.

The next three months will answer many unresolved and unanswered questions.

The writer Shazia Cheema is an analyst writing for national and international media outlets including Pakistan Observer, Eurasia Diary, InSight, and Mina News Agency. She heads the Thought Center of Dispatch News Desk (DND). She did her MA in Cognitive Semiotics from Aarhus University Denmark and is currently registered as a Ph.D. Scholar of Semiotics and Philosophy of Communication at Charles University Prague. She can be reached at her: Twitter @ShaziaAnwerCh Email: shaziaanwer@yahoo.com