DAVOS, Switzerland: Reiterating his offer of playing a mediating role between Pakistan and India to resolve their outstanding issues especially the decades-old Kashmir dispute, the US President Donald Trump has remarked that the United States has closely been monitoring the situation in the besieged valley. 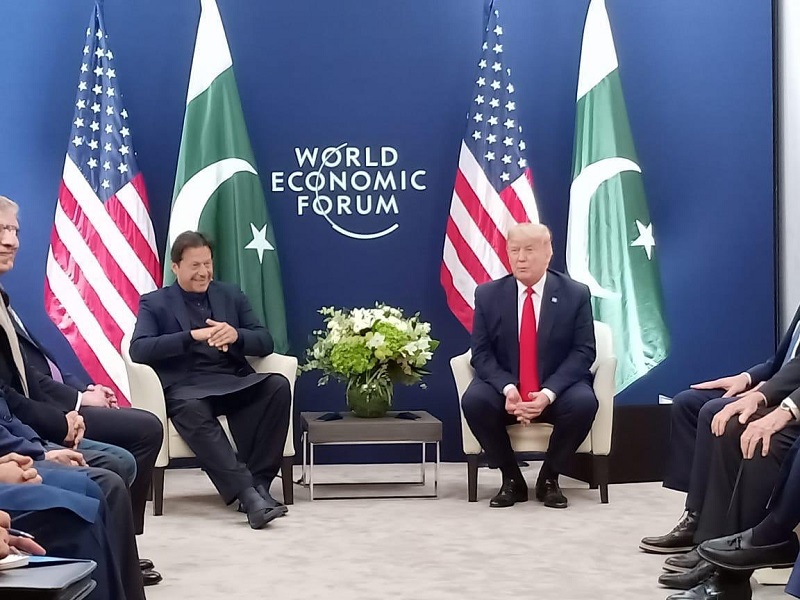 Donald Trump said that Pakistan and the United States enjoy good relations and the two Countries have never been as much closer as they are today. He said that Imran Khan is his friend and he is happy to meet him again.

Imran Khan said that Pakistan desires peace in the region and will continue playing a role for regional peace and stability. He said that the Afghan issue will be discussed with the US president.

Both the leaders are in Davos to attend the World Economic Forum (WEF), wherein they held their third direct bilateral interaction since Prime Minister Imran Khan‘s visit to Washington in July 2019.

The prime minister will hold bilateral meetings with several other world leaders as well on the sidelines of WEF.

Besides his several meetings are also scheduled with a wide range of corporate, business, technology and finance executives, and representatives of international financial institutions.

Mati
Mati-Ullah is the Online Editor For DND. He is the real man to handle the team around the Country and get news from them and provide to you instantly.
Share
Facebook
Twitter
Pinterest
WhatsApp
Previous articleAmbassador Alice Wells called on Foreign Secretary Sohail Mahmood
Next articleNew cars that would be introduced in Pakistani Market in 2020