Has the UOL couple tied the knot? What's the reality? Check out these details!

You might be wondering about what are the latest updates on the incident of the public proposal between the students of the University of Lahore that went viral on social media. Well… according to the latest updates, it seems that the UOL couple has finally tied the knot. Here we have got further details! 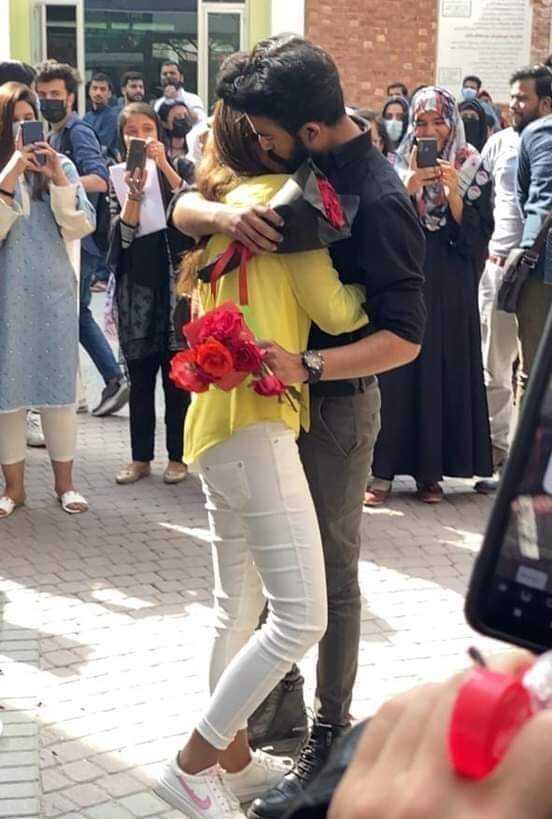 Last week, a video clip of a girl going down on her knee with a bouquet in her hands to propose her beau took the Internet by storm. It spread like a wildfire over the internet, thus making it turn into the talk of the town. A clear divide of 50 per cent was observed on Twitter between the netizens who were in support and against this act. However, it was only a matter of time that the video reached the university administration, resulting in the expulsion of the two.

Reason Behind the Expulsion of the Couple!

In the video, it was something not only related to a public proposal merely but also had something that made netizens react outrageously. The girl while on her knees, says something to her beau, and the next thing we see is the couple in each other’s arms. The crowd was cheering and gushing over the lovebirds. 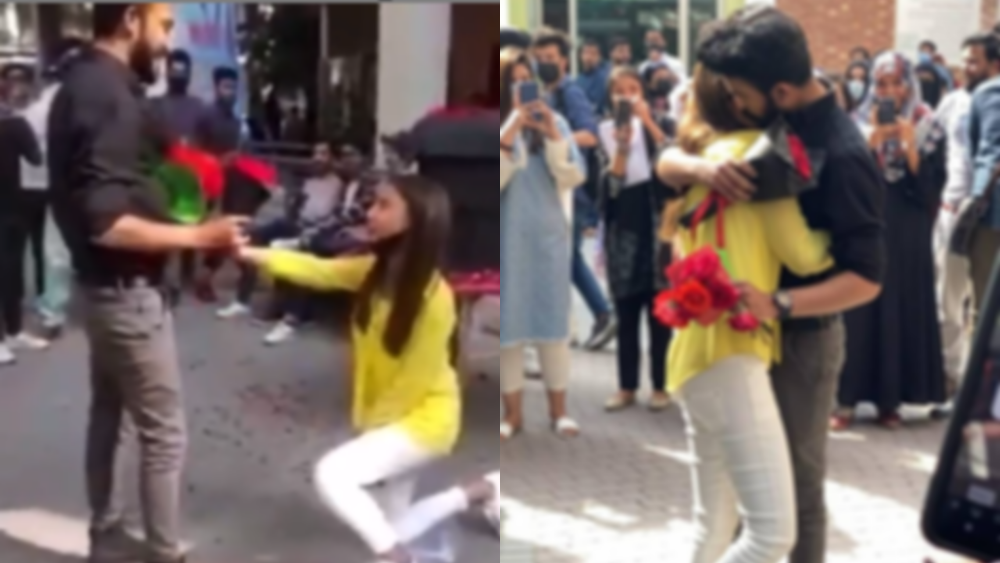 
As soon as the video reached the UOL administration, they took stern action against the couple. The university on Friday released an official notice and made the decision to expel both the students from the university. Moreover, they banned them from entering the premises of the university.

Although the couple Shehryar and Hadiqa earlier didn’t state anything in clear words about marriage. However, here we have something that got published in Daily Jang.

“The couple, who got engaged in public at Lahore University, got married We demand the university to admit both of them back. Shame on those who were calling the couple’s move obscene. (Daily Jang Lahore).”

Right after it made its way to Twitter, the girl expressed her gratitude via her account while confirming the news.

So, what do you think that university management should now allow them to join again? Are there still some hurdles for them to face? Don’t forget to share your valuable feedback with us!