It is the Executive Director’s first visit abroad after assuming office.

The Foreign Minister Shah Mahmood Qureshi congratulated Ms. Catherine Russell on her appointment and expressed the hope that collaboration between Pakistan and UNICEF would further strengthen during her tenure. 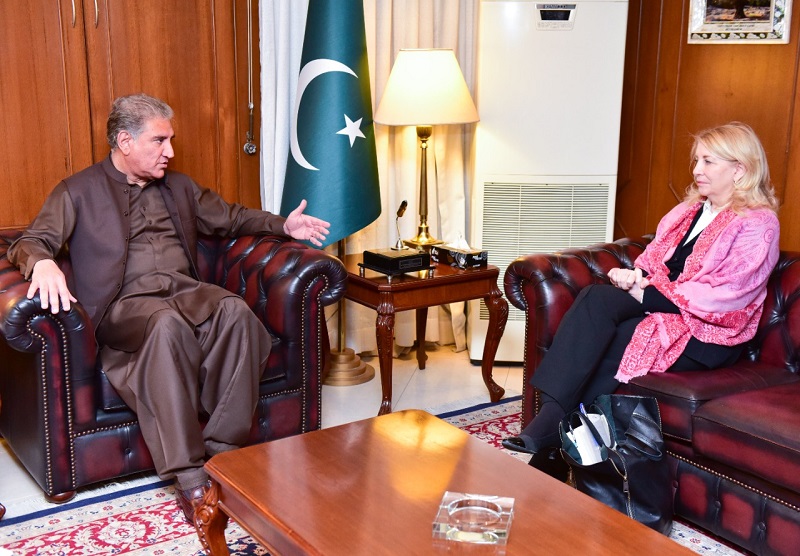 Shah Mahmood Qureshi outlined the government’s commitment to the promotion and protection of rights of child and recalled the proactive role played by Pakistan internationally in furthering this cause.

The foreign minister appreciated the vital work being carried out by UNICEF, both globally and in Pakistan, for the realization of UN Sustainable Development Goals (SDGs) especially those related to children.

Qureshi shared the steps taken domestically to strengthen the protection and welfare framework for women and children in the country such as the Ehsaas program and Naya Pakistan Qaumi Sehat Card.

The foreign minister emphasized that despite progress over the years, children remained vulnerable across the globe particularly in places of protracted conflicts and foreign occupation such as in the Indian Illegally Occupied Jammu and Kashmir (IIOJK).

The UNICEF Executive Director acknowledged Pakistan’s efforts for the realization of rights of child and progress towards achievement of SDGs.

Ms. Catherine Russell appreciated the COVID-19 response of the government of Pakistan.

The UNICEF Executive Director affirmed continued collaboration with Pakistan for the realization of child rights and sustainable development agenda, in line with the government’s priorities and UNICEF’s mandate.

Further, she also expressed gratitude for Pakistan’s support to UNICEF in facilitating its humanitarian operations in Afghanistan.