“I decided to give you a chance,” Mr Zelensky told the prime minister during a “clear the air” meeting. But he said this was dependant on Mr Honcharuk’s ability to tackle a number of pressing issues. 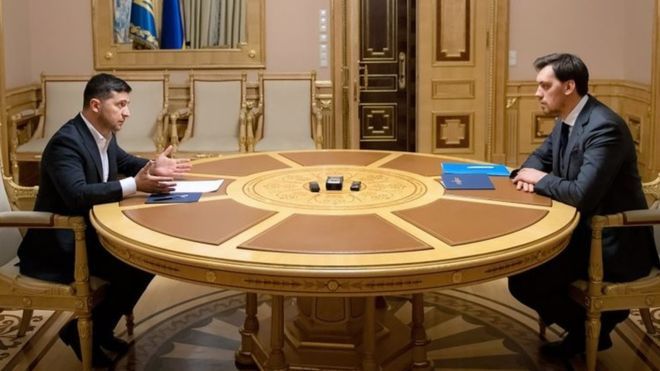 In the tape, a voice sounding like Mr Honcharuk’s says Mr Zelensky only has a “primitive” grasp of economics.

Mr Honcharuk, a 35-year-old trained lawyer, also appears to admit that he himself is not good at economics.

The authenticity of the recording has not been officially confirmed.

The audiotape affair comes at a difficult time for Mr Zelensky, as his relations with President Donald Trump are under intense scrutiny. The US president is being impeached for allegedly trying to pressure Mr Zelensky into investigating political rival Joe Biden.

Mati
Mati-Ullah is the Online Editor For DND. He is the real man to handle the team around the Country and get news from them and provide to you instantly.
Share
Facebook
Twitter
Pinterest
WhatsApp
Previous articleAzerbaijan Embassy & Preston University Observe Black January in Islamabad
Next articleNew Parliament to help bring further reforms in Azerbaijan, says Ukrainian Journalist Marina Goncharuk