Ukraine Conflict: It is Putin’s war, and only Putin can end it

Monitoring Desk/Islamabad office: As NATO announced its decision of not accepting Ukraine’s demand to launch a no-fly zone over Ukraine, EU diplomat, Josep Borrell has said that it is Putin’s war, and only Putin can end it,”.

“If someone expects that sanctions can stop the war tomorrow; they don’t know what they’re talking about,” commented Borrell while talking to Aljazeera News.

Josep Borrell Fontelles is a Spanish politician serving as High Representative of the Union for Foreign Affairs and Security Policy. He also served as President of the European Parliament from 2004 to 2007 and as Minister of Foreign Affairs, European Union and Cooperation in the Government of Spain from 2018 to 2019.

After a meeting on March 4, 2022, the US State Secretary Antony Blinken and NATO Secretary-General Jens Stoltenberg held a briefing at the NATO Headquarters in Brussels and informed media that NATO has rejected Ukraine’s appeal for a no-fly zone because helping Ukraine protect its skies from Russian missiles and warplanes would require NATO forces to shoot down Russian aircraft, a move that could result in a “full-fledged war in Europe involving many more countries”.

“We are not part of this conflict. We have a responsibility as NATO allies to prevent this war from escalating beyond Ukraine because that would be even more dangerous, more devastating and would cause even more human suffering”, said Stoltenberg.

Ukrainian president Zelenskyy called this decision an act of a weak summit and a confused summit. Zelenskyy said that NATO gave the green signal to Russia for the further bombing of Ukrainian cities and villages by refusing to set up a no-fly zone.

Ukraine is not a NATO member and NATO leadership categorically clarified that Ukrainian conflict with Russia can not engage NATO at the ground to help Kyiv and the only thing that NATO could do was to equip Ukrainian forces with weapons and clamped sanctions over Russia and both actions NATO had already taken.  Even under financial sanctions, EU countries are buying gas worth $700m daily from Russia, claims think tank Eurointelligence.

Russian media claims that emotional statements of the Ukrainian President cannot compel NATO to engage itself in a situation that would surely lead to world war three because NATO knows that the Russian air defense system would surely attack any aircraft or defence system of NATO when it would operate within the skies and lands of Ukraine, resulting enacting article 5 of NATO.

Article 5 of NATO says that if a NATO Ally is the victim of an armed attack, each and every other member of the Alliance will consider this act of violence as an armed attack against all members and will take the actions it deems necessary to assist the Ally attacked.

Article 5 of NATO can only be used against Russia if it attacks NATO member forces and that is the reason that Russian President Putin took drastic decision to engage with Ukraine militarily before it get NATO membership.

In 1995, the then political officer in the US Moscow Embassy (now director of CIA) William J. Burns warned about the effect of NATO expansion on Russian eastern borders but 13 eastern countries were included in the NATO family and the biggest one is Ukraine that could be included in NATO. Russia considers it is a direct threat to Russian security and against the understanding, the west gave to the former Soviet Union when it was in the phase of disintegration. However, no document is available about this commitment. 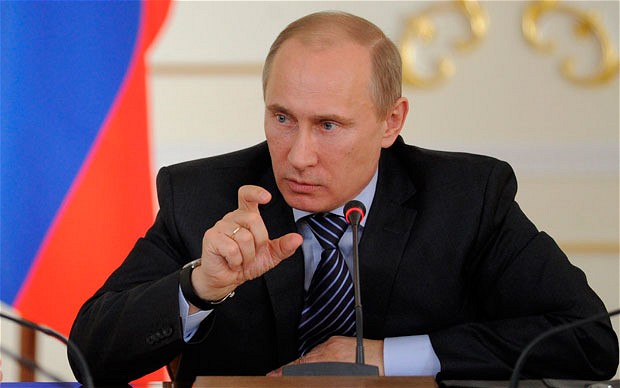 Besides bilateral ties, the two Foreign Ministers discussed the regional situation. Recalling his recent visit to Russia as part of the Prime Minister’s delegation, Foreign Minister Qureshi stated that the two sides had held wide-ranging talks on key subjects on bilateral agenda and the region including Afghanistan.

Foreign Minister Lavrov conveyed deepest condolences over the loss of life in the terrorist attack on a mosque in Peshawar on 4 March 2022 and stressed Russia’s condemnation of terrorism in all forms. Foreign Minister Lavrov also conveyed that the Russian side would be following up on the important bilateral matters discussed and that the two sides would continue to work together on promoting shared goals of peace and stability in Afghanistan.

Underlining Pakistan’s concern at the latest situation in Ukraine, Foreign Minister Qureshi highlighted that Pakistan had emphasized fundamental principles of UN Charter, called for de-escalation, and underscored the need for a diplomatic solution in accordance with the relevant multilateral agreements, international law, and provisions of the UN Charter.

Foreign Minister Qureshi also apprised the Russian Foreign Minister of his recent phone conversations with the Foreign Ministers of Ukraine, Poland, Romania and Hungary and with the High Representative of the European Union, in which he had shared Pakistan’s principled position and stressed the importance of finding a solution through dialogue and diplomacy.

Foreign Minister Qureshi expressed the hope that the talks initiated between Russia and Ukraine would succeed in finding a diplomatic solution. Foreign Minister Lavrov shared Russia’s perspective on the situation, referred to the opening of the “humanitarian corridor”, and underlined readiness for the next round of talks with the Ukrainian side.

Foreign Minister Qureshi emphasized that the safe and swift return of Pakistani citizens from Ukraine remained the government’s topmost priority and requested the Russian government’s assistance and facilitation in this regard. Foreign Minister Lavrov assured of full support on this account. The two Ministers agreed to remain in close contact.