In the meeting, both discussed the on-going cooperation in the Petroleum Sector and explored the priority areas of mutual interest in the Energy Sector of Pakistan. 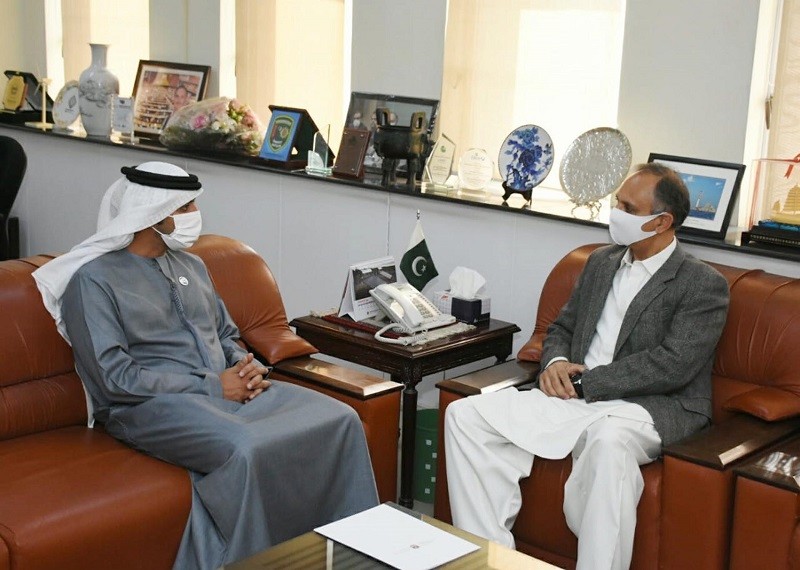 The minister congratulated and lauded the Emirates for the Country’s space mission to Mars “Amal or Hope” and its successful entry into Mars’ orbit.

The UAE ambassador thanked and extended his gratitude for the minister’s pleasant notion.

The ambassador also expressed his interest to further investment in the Energy Sector of Pakistan.

Hamad Obaid Ibrahim Salem Al-Zaabi said that the collaboration in the Energy Sector would provide an impetus to economic ties between brotherly Countries.

Separately, the Ambassador of the Republic of Czech in Pakistan H.E Tomas Smetanka also held a meeting with the Minister for Energy Omar Ayub Khan.

The minister had a comprehensive discussion on the outlook of the Energy Sector and Energy Market in Pakistan. 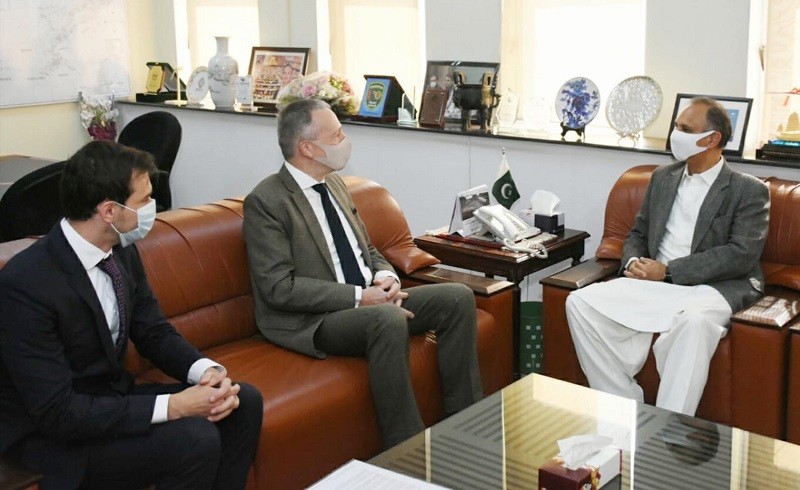 The Czech ambassador explored the areas of mutual discussion in the Energy Sector including investment in the Oil Sector and business in the LNG supply chain for a group of Czech Companies visiting Pakistan by end of March 2021.

Omar Ayub also highlighted the government’s robust policies to revamp the petroleum and power sector of the country. He said that the government is fully committed to diversify the outlook of the Energy Market while making it more competitive and efficient.

The minister briefed about the Indicative Generation Capacity Expansion Plan (IGCEP) 2030 which emphasized on increasing the share of indigenous sources on basis of amount, time and location while reducing the reliance on imported fuel. The federal further highlighted that IGCEP would forge additional renewable capacity i.e 60% power generation from biomass, solar & wind; 30% from hydel, 10% each from thermal and nuclear power plants.

The minister also dilated upon the Exploration and Production activities in Pakistan and said that recently the government has carried out the bidding of 15 oil & gas blocks and minimum investment in these Blocks would be over US$ 71 million in three years, additionally, the development programs worth US$ 100 million would be extended by E&P companies in located areas.

Omar Ayub Khan said that the government would be offering more new oil & gas blocks by end of this year and it is a part of the strategy of the incumbent government to revive E&P activities in the Country which had been ignored by previous governments.

The minister further said that the government also aimed at self-sufficiency in oil & gas and harnessing maximum potential of energy resources in the Country by introducing ease-of-doing-business and transparency to ensure a level-playing field for all competitors in the Energy Sector.

The ambassador voiced a hope that the Czech companies would have valuable input from Pakistani counterparts and would find the best opportunities for investments and business in the Energy Sector of Pakistan.

Tomas Smetanka said that it would strengthen the bilateral economic relations between the two Countries.

Mati
Mati-Ullah is the Online Editor For DND. He is the real man to handle the team around the Country and get news from them and provide to you instantly.
Share
Facebook
Twitter
Pinterest
WhatsApp
Previous articleNew York Times Carries Full-Page Ad in Solidarity with Indian Farmers
Next articleFM Qureshi meets Egyptian president, voices desire to further strengthen bilateral ties