Two-Seater Cars in Pakistan 2020 – Check Out the Details Here!

Two-seater cars in Pakistan for comfort riders. Check out all the details of these new cars here! 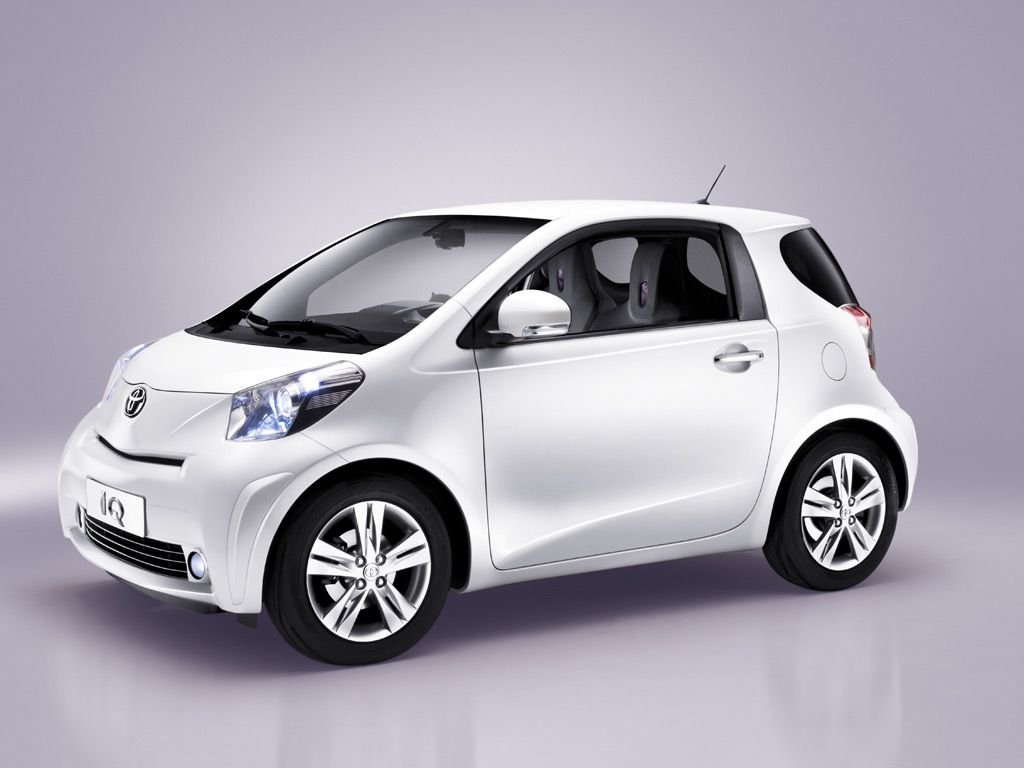 Traveling is a major part of life, either for fun or for work. Thus the automobile sector is continuously making progress in vehicles. Bikes are highly in demand in Pakistan because they are more suitable and cost-efficient on the roads of Pakistan and save fuel in comparison to cars. People usually prefer to use cars when there are more than two people or for long distances. 4-seat cars are demanded in the market but they are used less in comparison to bikes. But the advancement in the automotive industry has introduced two-seater cars in Pakistan.

They are well-designed to accommodate two passengers. These two-seater cars are also entering the Pakistani market. They are expected to work as a replacement for the bikes as they will occupy less space on the roads and people can travel comfortably in a car than a bike. They are enriched with features.  Without further ado, let’s dive into the options of two-seater cars that we will be having in Pakistan:

Super Power E-Car and Toyota IQ are two mini cars that will be introduced in the local market. They are great for daily use and they are fuel-efficient as well. 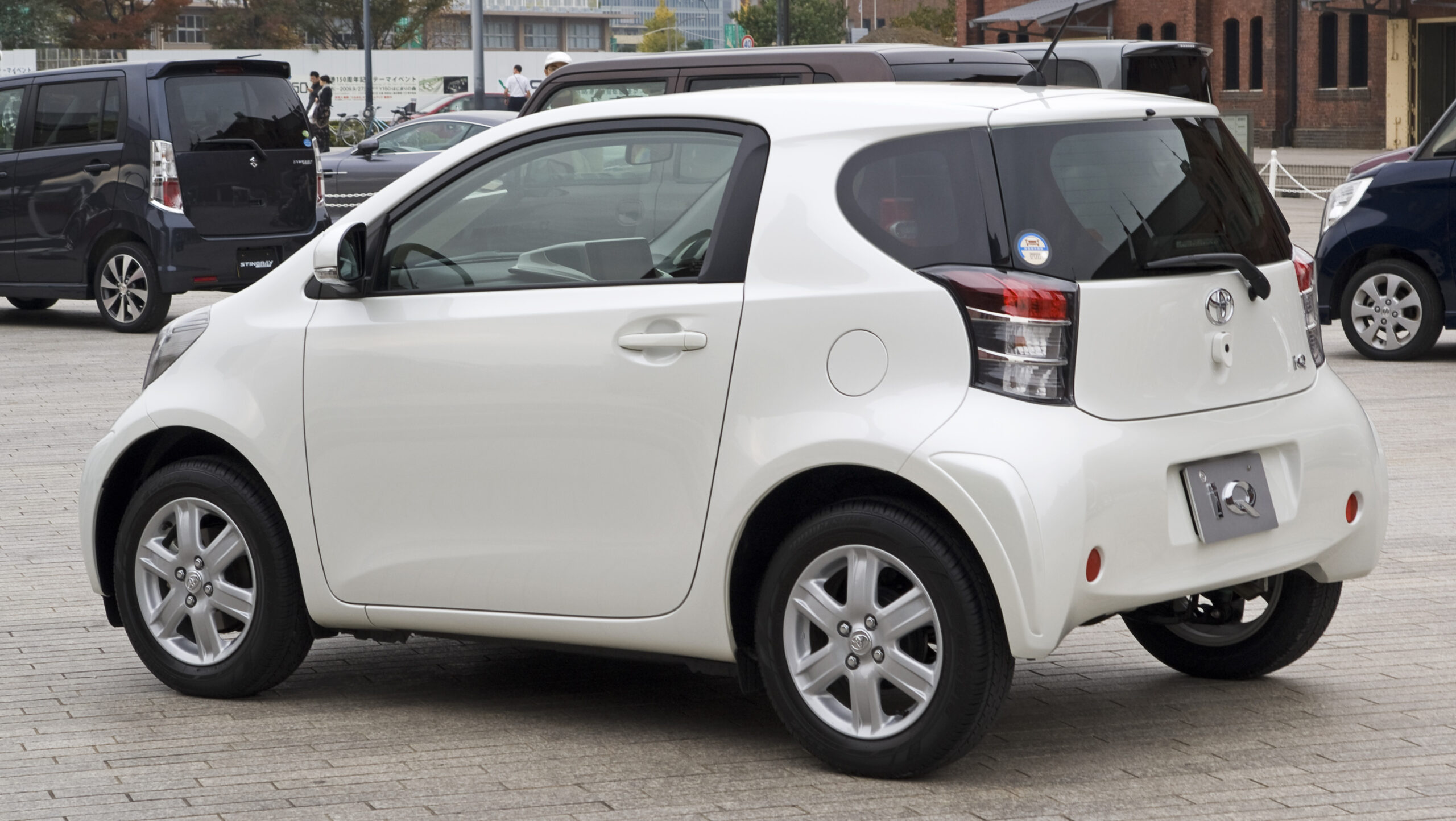 With this car, Toyota has aimed to bring big car luxuries in a small package. This car has a 3 cylinder 998cc engine displacement which makes it fall into the category of 1000cc vehicles. 4 valves per cylinder maintain the adequate flow of fuel to the engine. The engine produces 68 hp@6000 RPM and 90Nm @ 4800 RPM Torque. It has 2 doors and two passenger accommodations. This car is a front-wheel, front-engine drive. The car runs on petrol and is powered by an 821cm3 Testastretta twin-cylinder engine. It can store up to 32-liter petroleum in its tank.

Toyota IQ 100X is a compact hatchback car that has a five-speed Auto Transmission. It can reach a maximum speed of 180km/ hour.

The exterior looks small yet solid. The car has a creative and unique built. In terms of features, it has Power steering, Airbags, power windows, fog lights, a 3-level Anti-Braking System, 8-levels of Traction Control, 3 Riding Modes, an AUX, and a USB port, and many other features. The price range varies between Rs1,000,000 to Rs 1,500,000 in Pakistan. 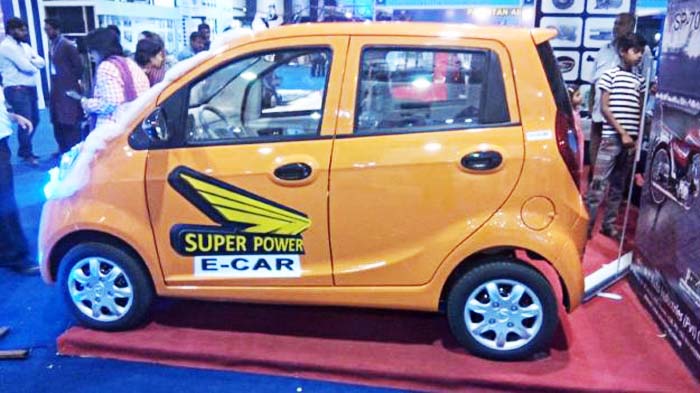 This wonder car is going to compete with the two-seater cars in Pakistan. However, the launch date in the country is yet to reveal. The Super Power has a worth in the 2 wheeler market for more than a decade. The company has introduced its two electric cars. They are imported from China. The Super Power E-Car two-door is a tiny vehicle to drive on the roads of Pakistan. Its height is 850mm and it weighs around 181kg only. It is equipped with several great features that are attracting customers. It is chargeable. The car can travel up to 150 kilometers when it is fully charged. Charging takes 7 hours and charging can easily be done through the domestic electric socket. It can travel at a speed of 55km/h which makes it the best city car for daily use. 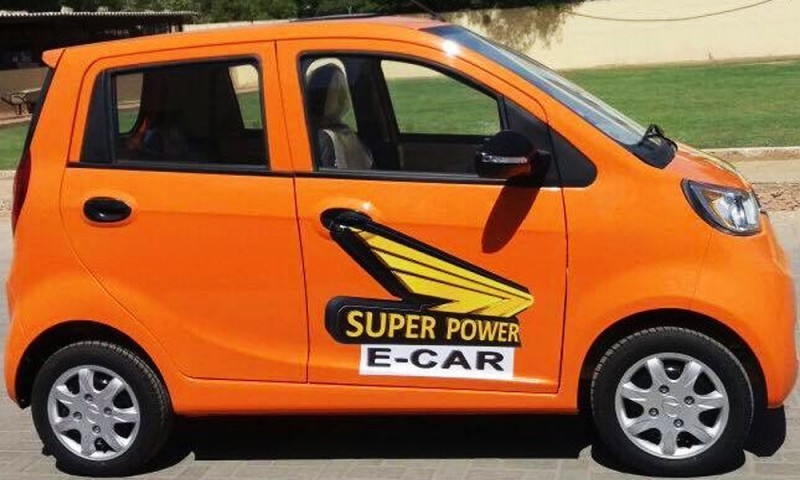 The suspension is about 43 mm in diameter upside-down Kayaba fork with the 170 mm travel. There is a Shock Absorber feature. There is a 150mm wheel drive for the driver.  This is an eco-friendly car as it can reduce the consumption of non-renewable fuel. It will also help reduce pollution. The interior of this car is black. There is a storage box outside the car at the rear end because there is space for only two seats inside the car. The vehicle has air conditioning and power windows features.

What Makes it Special?

It is a left-hand drive car. However, it will be launched as a right-hand drive vehicle in the country. Urbanization has caused chaos and congestion everywhere. In this situation, this car is friendly. As it will not occupy more space on the roads and the issue of parking can be reduced. They are easy to park because of the compact hatchback framework. Super Power E-Car 2 door will cost around Rs 600,000 in Pakistan.

If you are planning to buy a two-wheeler car to travel daily these new models are just about to launch. At a lower price than 4 seater cars, you can enjoy the same features in 2 seaters in Pakistan. They are also efficient in the crowded roads and narrow streets of Pakistan. So make up your plan to choose your favorite from these two.