ISLAMABAD, Pakistan: Two Pakistanis were awarded the “Public Diplomat Award’ by the Decision of the Coordinating Council of the Center for Public Diplomacy of the Shanghai Cooperation Organization (SCO) in Uzbekistan under the Ministry of Foreign Affairs of Government of Uzbekistan.

This special award for promoting people-to-people ties through education, business, media and culture was conferred to the Founder and President Institute of Peace and Diplomatic Studies Farhat Asif and the Secretary General Pakistan-SCO Friendship Forum Muhammad Asif Noor.

The Institute of Peace and Diplomatic Studies (IPDS) established in June 2014, is Pakistan-based independent, non-governmental, not-for-profit Research, Advocacy, and Public Diplomacy Think and Do Tank.

Keeping in view Pakistan’s presence, the primary focus of PSCOFF is on the nine e’s, i.e., education, energy, economy, empowerment, entrepreneurship, expedition, employment, Entertainment (Print and Electronic Media), and Environment to explore the possibilities of developing deep-rooted linkages within the SCO Member Countries and benefiting Pakistan and its citizens through “Connecting People and Providing Opportunities.”

The aim also is to raise awareness about the potential of SCO within Pakistan and jointly address the issues of the societies covered by the SCO Member States through improved public engagement and diplomacy. 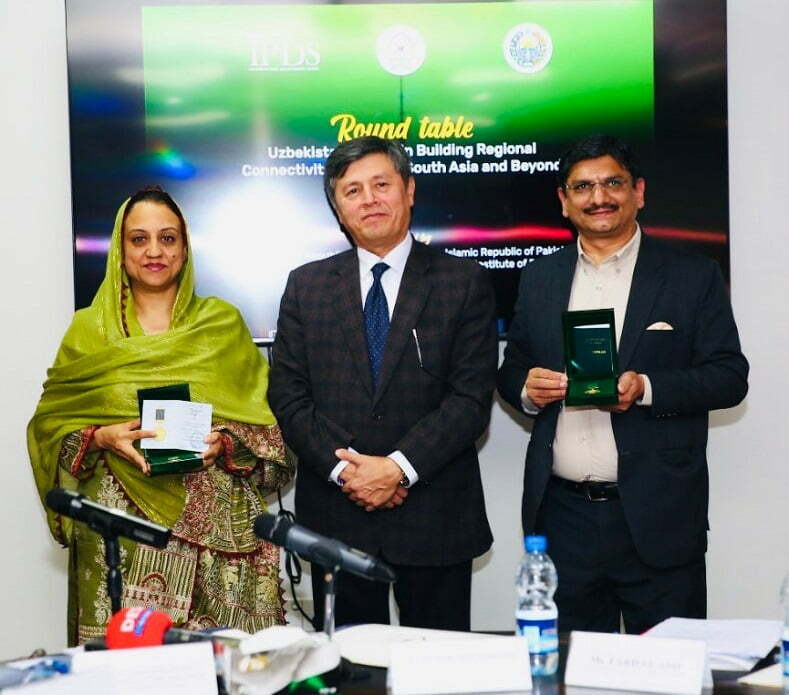 In a solemn ceremony held in Islamabad, the Ambassador of Uzbekistan to Pakistan Arif Usmanov conferred these awards to Ms. Farhat Asif and Muhammad Asif Noor for their outstanding public diplomacy services to the countries across the Shanghai Cooperation Organisation region.

On occasion, the Uzbek ambassador praised the noteworthy contribution that the two awardees have contributed to building strong ties between countries in the SCO region.

This award has been bestowed so far to 22 dignitaries worldwide, and only two are from Pakistan. This award is not only a great honor for us but also for Pakistan. The award is bestowed due to the outstanding public diplomacy services for the countries in the SCO region.

The Public diplomat Award was established by the Center for Public Diplomacy of the Shanghai Cooperation Organization in Uzbekistan under the Ministry of Foreign Affairs of Govt of Uzbekistan.