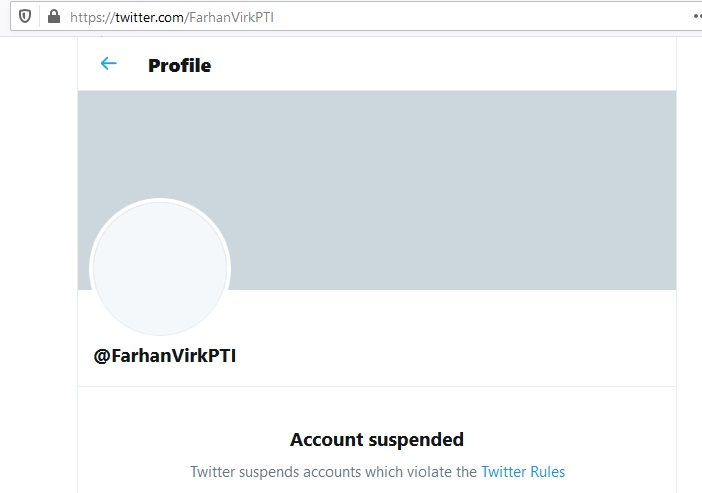 It may be mentioned that in April 2019, PTI Official Social Media Team announced detachment from Farhan Virk due to allegation against him to defame former Finance Minister Asad Umar.

Dear #PTIFamily, we wanted to disassociate ourselves from an unofficial group run by an individual with the name of Farhan Virk (cont.)