With the increasing rate of suicides and self-harm, everyone has been on the go to contribute to helping those who are suffering. Twitter was also one of those kinds that brought the #ThereisHelp. This Twitter Suicide Prevention feature took the users directly to suicide prevention hotlines where the users could seek help. On Friday, Reuters revealed that Twitter had removed this feature from the platform. 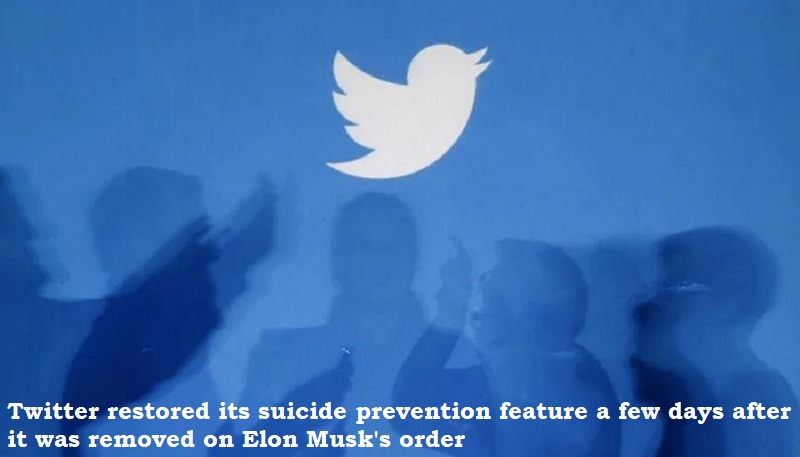 As per the news, Elon Musk had directed the removal of Twitter Suicide Prevention feature. It brought heavy criticism on Musk which resulted in the eventual restoration of the #ThereisHelp banner. There have also been contradictory statements from Elon Musk and others from the company in this regard.

The trust and safety head of Twitter, Ella Irwin confirmed the removal of the feature but stated that it was only temporary. She said, “We have been fixing and revamping our prompts. They were just temporarily removed while we do that. We expect to have them back up next week.” Upon asking Elon Musk, he denied it by tweeting that the news was ‘fake’. Twitter Suicide Prevention feature helps vulnerable users by linking them with helping hotlines. Along with mental health, the #ThereisHelp banner appears if users searched for topics like HIV, Vaccines, Covid-19, child sexual exploitation, gender-based violence, natural disaster, and freedom of expression.

The users reported that they tried searching this topic but the banner did not appear which manifests that the feature was removed.

In defence, Irwin said, “Google does really well with these in their search results and [we] are actually mirroring some of their approach with the changes we are making. We know these prompts are useful in many cases and just want to make sure they are functioning properly and continue to be relevant.”

The removal offended a lot of users. They criticised that the platform could work on better features on parallel grounds without removing them. Elon Musk received criticism because he could have kept the banner in place without removing it to bring something better.