ISLAMABAD, Pakistan: Kumrat, a valley in the Upper Dir district of Khyber Pakhtunkhwa, is rated one of the most scenic and picturesque spots for travelers.

The Kumrat Valley’s unique feature is its towering Deodar forest trees located on the level ground adjacent to the Panjkora River.

In May 2016, the incumbent Prime Minister Imran Khan made a surprise tour to Kumrat Valley. 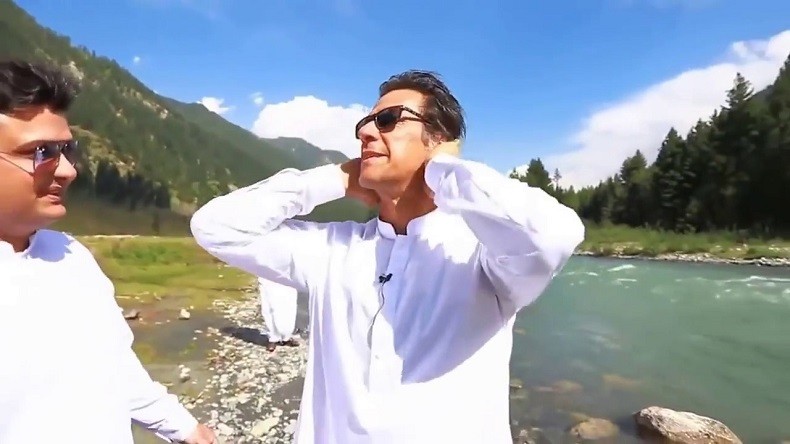 The valley wasn’t as widely known to tourists in Pakistan before his visit, who mesmerized by the valley’s scenic beauty that he announced setting up a national park in the valley to protect the region. He also invited tourists to visit the valley.

Following Imran Khan’s visit, the number of tourists visiting the valley increased substantially. Locals built ‘tent hotels’ in the valley as they didn’t want any land-holders to build permanent buildings in the region.

However, the non-stopped and ruthless deforestation kills its beauty, which, the government needs to be tackled on a priority basis, as it will not only help preserve its beauty but will help mitigate the climate environmental hazards.

According to the report by the United Nations Development Programme (UNDP), Pakistan is considered one of the most vulnerable countries in the world to climate change.

The Pakistan Tehreek-e-Insaf (PTI) Chairman and incumbent Prime Minister Imran Khan always emphasizes for afforestation and great admirers of natural beauty which could be judged from the flagship Billion Tree Tsunami project which was launched by the Khyber-Pakhtunkhwa’s (KP) the then PTI government in 2014.

The project is the brainchild of Imran Khan which eventually got worldwide recognition.

However, the continued deforestation in several areas of the KP raised serious questions as it could not only negatively impact the environment but the beauty of the scenic valley.

However, it is encouraging that the KP government eventually started taking punitive actions the mafia involved in the deforestation in the scenic valley, as Commissioner Malakand Division Riaz Khan Mahsud on Thursday, during an official visit to Kumrat via Kalam, Gabral, Badgoi, and Thall, arrested six persons with their Chainsaw and vehicle involved in the illicit cutting of trees.

They loaded huge timbers in the truck. The offenders were handed over to the police of the Thall police station.

The FIR was registered against the culprits and further course of legal action is underway.

However, the KP government needs to be done much and urgent and strict action should be taken against the powerful timber mafias involved in massive deforestation in Kumrat and adjoining areas before they turn this paradise into a wasteland.