As per an Inter Services Public Relations (ISPR) press release, focus of the discussion remained on Pak-Turkey relations, regional security including evolving situation in the Middle East, management of defence and security cooperation between both the Countries.

The Turkish foreign minister acknowledged and appreciated Pakistan’s contributions for conflict prevention in the region, and also pledged to keep working for better relations between the two brotherly Countries. 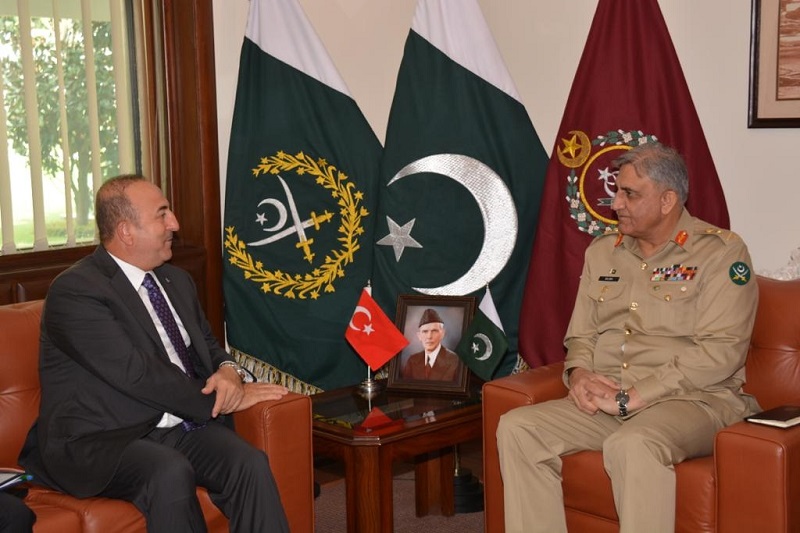 Mevlut Cavusoglu accompanied by a delegation reached Pakistan on a two-day official visit on Thursday night at the invitation of the Foreign Minister Shah Mahmood Qureshi.

Earlier in the day, the Turkish delegation visited the Ministry of Foreign Affairs in Islamabad wherein at first, Mevlut Cavusoglu and Shah Mahmood Qureshi held one-on-one meeting followed by delegation-level talks to discuss ways and means to further promote economic and trade relations.

They also agreed to revive the process of talks on Free Trade Agreement (FTA) and take it to logical conclusion at the earliest.

Mati
Mati-Ullah is the Online Editor For DND. He is the real man to handle the team around the Country and get news from them and provide to you instantly.
Share
Facebook
Twitter
Pinterest
WhatsApp
Previous articlePakistan, Turkey pledge to continue partnership for regional peace, stability
Next articlePakistan to seek China’s cooperation to modernize its railway: PM Imran